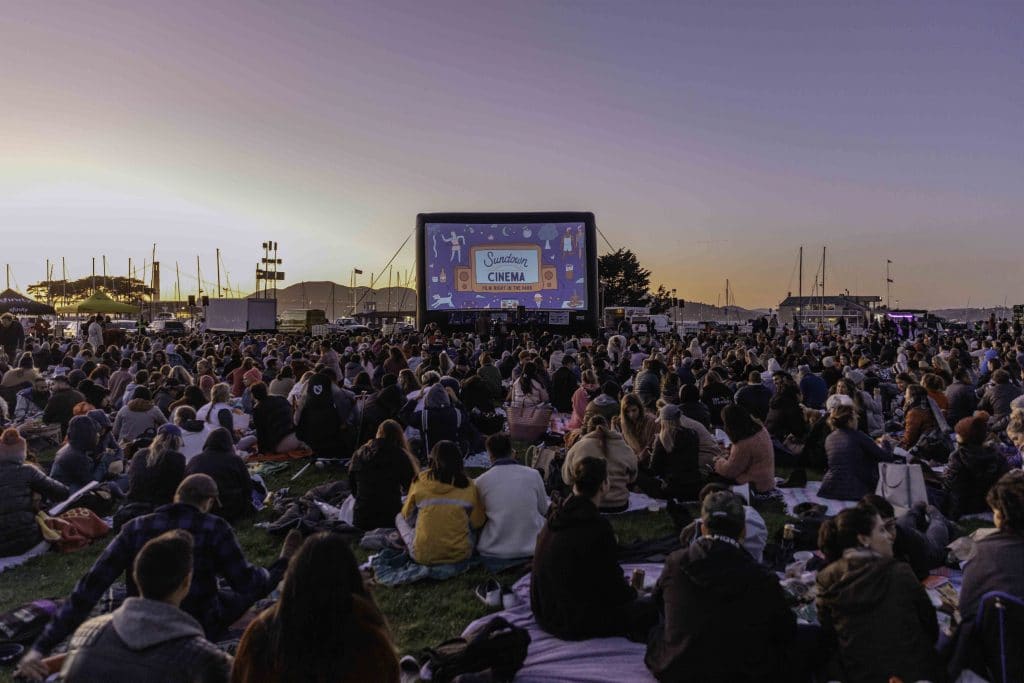 There are free outdoor movie screenings in your favorite San Francisco parks from now until Halloween, some featuring crowd-pleasing Hollywood blockbusters, and others showcasing up-and-coming indie film talent from around the world. bay area.

With the summer season fast approaching, San Francisco’s beloved tradition of outdoor movie nights in parks (often under very foggy skies) is back for 2022! While most of these are SF Parks Alliance sponsored Sundown cinema screenings showing pop culture blockbusters, others are quirkier or more independent community film festivals showing the work of local filmmakers from the area. of the bay. So we’ve listed all the free and public outdoor movie nights from summer and fall 2022, right up to Halloween, because there are two big outdoor movie events coming up this weekend.

Nothing against Bay Area drive-ins, but there’s a unique magic to these movie-picnic outings under the stars, surrounded by mostly drinking audiences. We’ve listed all the free outdoor park movies in chronological order below, along with their dates and locations. But start times vary, so you’ll only have to plan for the sun to set on any given weekend, and it’s a good idea to get them about an hour in advance to get your cover set up in a good spot.

And outdoor film screenings will begin to Rock This weekend.

Friday, June 17: The rock at the Presidio

The 2022 Frameline LGBTQ+ Film Festival has an outdoor screening, this one at PROXY in Hayes Valley. Local filmmaker HP Mendoza (Colma: the musical) has a new film that takes place simultaneously on three different screens, and is described as “a reimagining of The Ark’s narrative” and a “hybrid sci-fi film and visual album chronicling the migrations of humans to the moon after a deadly pandemic.” The screening is free, although RSVP is required.

1986 San Francisco film ‘Save the Whales’ is one of the highest rated of the set star trek film franchise, and has stages in North Beach, Chinatown, the Marina and of course the Golden Gate Bridge. The show is in Union Square.

Thursday July 21: Ricochet: the path to justice is not a straight line

Bernal Heights Outdoor Cinema presents a special one-night engagement of the film produced by Jeff Adachi Ricochet: the path to justice is not a straight line, a documentary about the 2015 shooting of Kate Steinle and the trial of Jose Ines Garcia-Zarate. There is then a Q&A with director Chihiro Wimbush, as well as public defenders of the case Matt Gonzalez and Francisco Ugarte.

Location not yet announced

The kids have all grown up in this eighth and final installment in the Harry Potter franchise, playing at Marina Green Park which, if you’re unfamiliar, sits between Fort Mason and Crissy Field.

It’s a special sing-along version of the Oscar-winning Best Animated Feature that took the world by storm with Billboard’s lone No. 1 hit “We Don’t Talk About Bruno”, as Encanto receives the family treatment to sing along at the India Basin Shoreline Park.

Friday, September 9: The Raiders of the Lost Ark

Alamo Square Gets Its Summer Movie Episode With Original Indiana Jones Swashbuckler The Raiders of the Lost Ark. Absolutely do “Look, Marion!”

Although we have yet to announce a film lineup, the Bernal Heights Outdoor Cinema website confirms that the two weekends of annual independent film screenings will return on September 9, 10 and 16, 2022. And if you’re a filmmaker local, submission deadline is July 15th.

Locations not yet announced

Friday, September 30: Shang-Chi and the Legend of the Ten Rings

We have a Halloween costume contest ourselves at this Addams Family Values screened at the Jerry Garcia Amphitheater at McLaren Park in the Excelsior, playing the sequel to The Addams Family, best known for its Wednesday Addams Thanksgiving play scene.

From what we can tell, Hayes Valley’s PROXY has already wrapped up its 2022 season, and we don’t see any announced 2022 screenings for free movies from Sunset to McCoppin. But we will update this post if there are new announcements with these times.

Related: Your mega-sneak peek at SF’s Summer and Fall Street Fair, covering every weekend from June through October [SFist]

Dive into SBS On Demand’s collection of outrageous stories