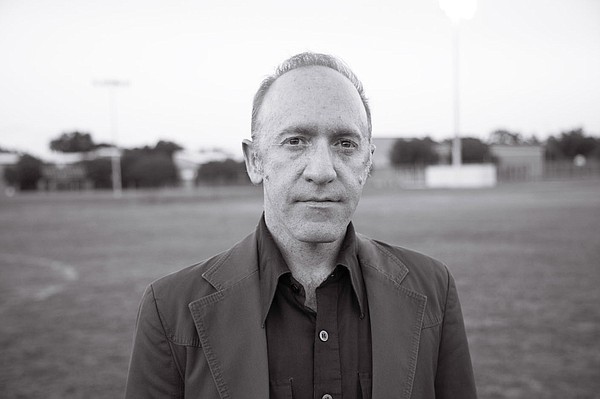 A film reveals life in Ukraine, then and now

“The Man with a Movie Camera”

WHERE – Arkansas Public Theater at Victory in Rogers

“‘Man With a Movie Camera’ was largely shot in Ukraine,” explains the founder of Montopolis. “For obvious reasons, the film is more relevant than ever. … It shows the people there NOT in crisis, but simply living their lives like anyone else. Working, playing and relaxing with their families.”

Sherburn made a name for himself in 2009 when he was approached by a director to write and perform the music for a theatrical adaptation of the French film ‘Le Ballon Rouge’.

“I was a sideman in rock, country, tango and jazz bands for many years, but this was the first time I composed and arranged for a modern classical chamber band,” he recalls . “I enjoyed the process, and after production ended, the players continued with me to form Montopolis.

“At first, working on these silent films was a way for me to practice composing and learn to arrange,” he explains. “After a few films, I started to develop a coherent approach. I tend to write music for these films that is not time-appropriate. punk garage rock, MC5 and Stooges sound music which was great fun. We gave an old western, “The Tollgate”, a traditional tango score.

“I was actively researching silent films when I came across ‘Man With a Movie Camera’ in 2010,” Sherburn continues. “I was amazed at how modern the film was. A lot of old silent films are quite boring and slow-paced. This film feels like a modern music video. It’s exciting, abstract, strange and dynamic. It invites you to experiment musically. Plus, there are no dialogue cards to slow down the action. It’s a visual roller coaster ride from start to finish.

The presentation is the first hosted by the two-year-old Cinema of the Ozarks, founded by Jason Murphy as Northwest Arkansas’ first nonprofit “art house filmmaking organization.”

“We both knew about the film, but I hadn’t heard of Montopolis, so it was fantastic to get to know their work, which is so unique and couldn’t have come at a more necessary time given terrible circumstances in Ukraine,” said Robbie Wilson, Executive Director of Development for Cinema of the Ozarks. “The story seems cyclical at times, because in 1919 Ukraine was attacked much like in our time, so I see parallels to the story in addition to the juxtaposition of the original intent of the film – the propaganda – and the beautiful transformation of it in The Presentation of Montopolis. The score features these amazing patterns of beautiful Eastern European folk melodies, some of which are Ukrainian, so it’s a musical and artistic triumph over to the original objective of the film.

Directed by Dziga Vertov and filmed by his brother, Mikhail Kaufman, in the cities of kyiv, Kharkiv and Odessa, “The Man with the Camera” was revolutionary both in its cinematographic techniques and in the absence of actors, shot with place with Soviet citizens “interacting with the workings of modern life.” Although it was widely rejected upon release, the British Film Institute’s 2012 Sight & Sound poll voted it the eighth greatest film ever made. Iconic film critic Roger Ebert wrote: “He made explicit and poetic the amazing gift that cinema has made possible, of arranging what we see, of ordering it, of imposing rhythm and language on it, and to transcend it.”

Sherburn’s first score for the film was “largely indie rock…which was more like the Flaming Lips and Arcade Fire”. But in the new version, which audiences will see and hear April 16 at Rogers, he incorporated “more traditional Ukrainian folk melodies, the Ukrainian national anthem, and some pieces by Valentin Silvestrov, my favorite Ukrainian composer.”

“I hope the film and the live score will help our audience to understand even more deeply the plight of the Ukrainian people and to take action by donating to reliable and effective charities and lobbying their representatives to do what they can to end the war,” he said. said. “I also hope our audience will have a great time, see iconic artwork and enjoy the music.”

Cinema of the Ozarks is just beginning its quest to offer “a wide array of programming that features exciting new Hollywood releases, as well as independent studio films, documentaries and foreign films that people here rarely, if not ever, had the opportunity to be seen on the big screen,” says Wilson. “Man With a Movie Camera” also serves the band’s mission to “reach out and connect with the community to promote thoughtful dialogue on important issues of the day through film, and to educate people of all ages about the humanities through the arts of film.”

There are no actors in the 1929 silent movie “The Man with the Movie Camera,” unless you count the cameraman. (Courtesy of Photo/Cinema of the Ozarks)

“Man with a Movie Camera” FAQ with Montopolis WHEN — 7 p.m. April 16 WHERE — Arkansas Public Theater at Victory in Rogers COST — $12 INFO — arkansaspublictheatre.org, cinemaozk.org

The Library of Congress seeks applicants for the 2022 Archives, History, and Heritage Advanced Internship Program