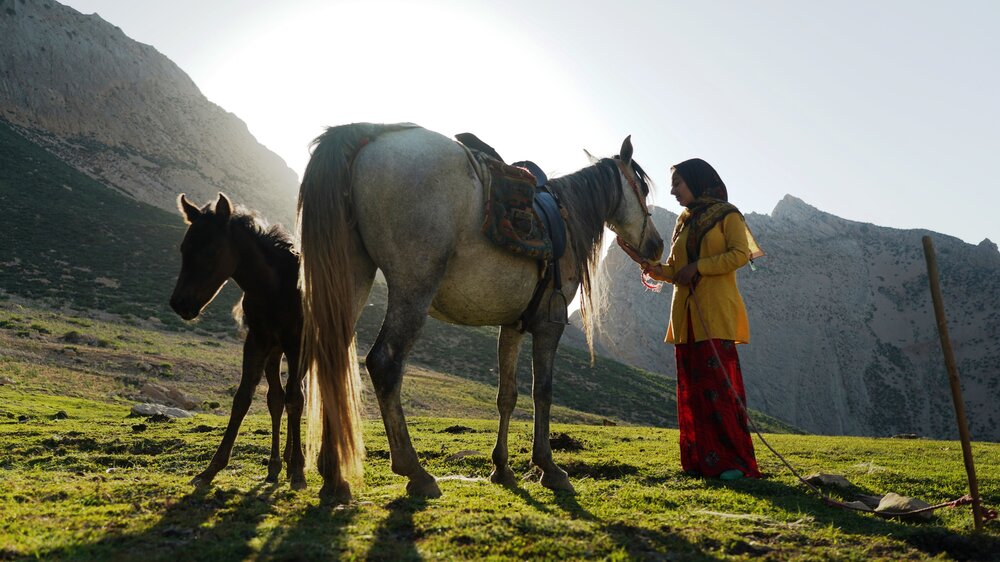 TEHRAN – The Iranian films “A Horse’s Dream” and “The Seven Symphonies of Zagros” will compete at the 31st Belgrade International Ethnological Film Festival.

The festival, which offers a glimpse of a wide range of ethnographic films about traditional and modern lifestyles of human communities, will take place in the Serbian capital from October 3-6.

“A Horse’s Dream” by Marjan Khosravi and “Seven Symphonies of Zagros” by Parviz Rostami will be screened in the main competition of the event.

“A Horse’s Dream” follows Shahnaz, the eldest daughter of a nomadic family, who loves to write and her stories are inspired by her way of life. Her father wants her to marry off to improve the family’s condition, but Shahnaz wants to pursue bigger dreams.

“Seven Symphonies of Zagros” tells the philosophy of seven musical maqams of the ancient Kurdish wind instrument, shamshal, in the life of the inhabitants of the Zagros region. The film is also the monologue of an old man who spent 65 years of his life playing shamshal. The film’s story is character driven and the philosophy of the seven maqams of his life is implied. Seven is considered a sacred number in different religions, and the content of the film is related to this issue.

A jury made up of anthropologist and filmmaker Peter I. Crawford, director Vlado Zrnic and history researcher Maja Novakovic will choose the winners.

Organized annually by the Ethnographic Museum of Belgrade, the festival aims to help raise public awareness of the importance of cultural heritage for the beneficial development of human communities.

Its mission is to foster research and creative approaches to ethnographic documentaries, to educate the public about diverse local cultural traditions, as well as to raise the voice of the issues of modern society, which often overlooks the values ​​of cultural heritage.