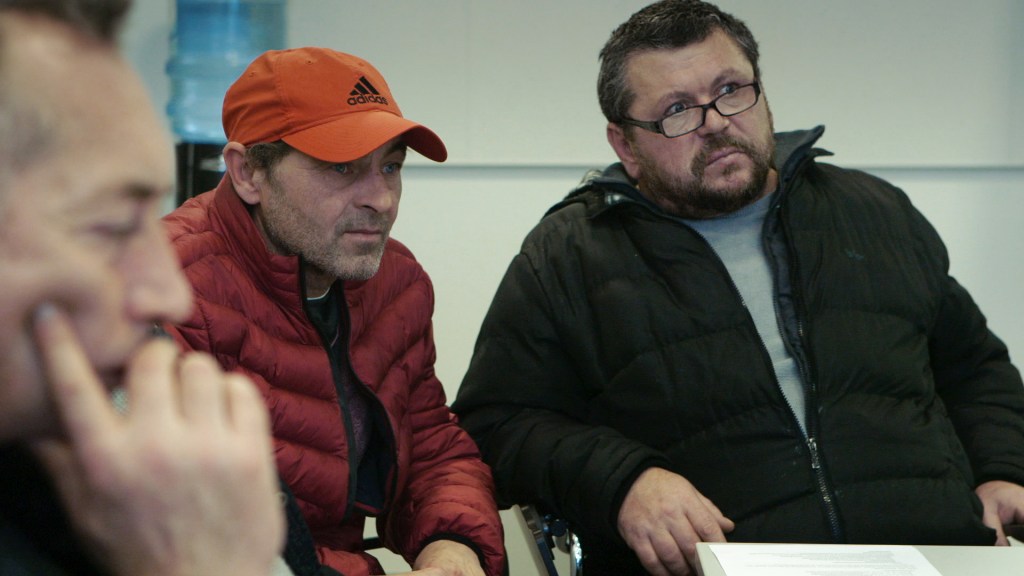 A panel made up of representatives from leading festivals gathered on Sunday for an online conference organized by the documentary film festival Visions du Réel to discuss the place of documentary films in their events.

The speakers were Giulia D’Agnolo Vallan, American programmer and member of the selection committee of the Venice Film Festival, Cristina Nord, head of the Berlinale Forum, Eva Sangiorgi, director of the Viennale, and Frédéric Boyer, artistic director of the Tribeca Film Festival.

Asked to describe their selection criteria, most panelists agreed that it was a director-focused approach based on individual submissions.

“Above all, it’s about inviting films that are really inspiring and groundbreaking: it’s always interesting to discover something that you’ve never seen before,” said Nord, adding that documentaries feature prominently. in the independent experimental program of the Berlinale. Forum section, where they represent about half of the films selected.

“Our aim is to give an idea of ​​what is happening in documentary cinema in the broadest sense. We explore all types, from very classic observational approaches like in Constantin Wulff’s ‘Chamber of Labor’, which premiered this year, to more experimental films like Myriam Charles’ first Canadian documentary, ‘Cette Maison’” , she said.

The fact that there is no specific section dedicated to documentaries at the Venice Film Festival reinforces non-fiction cinema, according to D’Agnolo Vallan: “It encourages the idea that documentaries can participate in the same space as traditional feature films. The presence of documentary films is growing and interspersed [the lineup]she said, adding that part of the special relationship Venice has with documentary cinema is due to its vibrant association with the Venice Art Biennale.

“One of the defining moments was in 2013 when Gianfranco Rosi’s ‘Sacro GRA’ won the main competition, because it was not easy to agree on this film, it was a big step for us in terms of perception of the documentary,” she said. said, further citing the example of Frederick Wiseman, whose last six films have all been selected in competition or out of competition at Venice – the only A-list festival to do so. “An extra step was to give him a career award because a Golden Lion had never been given to a documentary filmmaker before,” she said.

When she arrived at the Viennale, Sangiorgi said that one of her first actions was to eliminate the different categories. At first, she said the idea of ​​mixing fiction and documentary did not arouse sympathy, but today the public appreciates it. “It’s a way of giving another place to documentaries, just like other films.

Asked about the changes made by streamers providing greater exposure to documentary films, Boyer said that while working with them was a must for a festival like Tribeca, it was essential to give the smaller “gems” a platform in the A-list festivals, citing the example of Oscar-nominated films like “Honeyland” by Tamara Kotevska and Ljubomir Stefanov, which premiered at Sundance, or “Collective” by Alexandre Nanau, which had its world premiere to Venise.

“[‘Collective’] is an extremely small and simple movie – but what a wonderful movie – and it wasn’t brought over by Netflix or Apple TV it was just Nanau’s new movie so I think it’s really important for us to keep our autonomy from platforms,” ​​he said.

Regarding the Viennale, Sangiorgi was intransigent: “I am a little orthodox. I’ve always been against collaborating with platforms because a festival is something different. Our mission is entirely physical and plays a social role. Our dialogue with the public is based on the fact that we meet in theaters,” she said.

While she said it was unlikely there would be a Netflix doc in a Forum lineup, Nord welcomed specialist platforms like MUBI or Tënk for its films. “It’s not an adversarial relationship: it’s good to know that this type of distribution exists for Forum films, because when it comes to regular theatrical releases, most of the documentaries we show – especially films hybrids, plus essayists – won’t have much of a theatrical release, so it’s great that they can have a life on such a platform.

Forum also has an interesting offer for festival programmers, she added. “Watch ‘Art of the Real’ in New York. They had eight Forum films this year. What we offer is precisely this possibility of having people meet a film who will program it in another context, this is what we can do to strengthen this type of cinema.

Speaking on behalf of Venice, D’Agnolo Vallan said that while the festival does not discriminate against streamers – citing Netflix’s recent selection of films ‘Winter on Fire: Ukraine’s Fight for Freedom’ and ‘Hopper/Welles’ – the The big challenge is to “get people to understand the difference between an informative documentary and something more like a film: in that sense, our selection is stricter,” she said.

Regarding the selection process, Nord and Boyer said they actively search for new talent around the world, through a globally distributed selection committee in the case of Tribeca, and consultants from around the world. whole in the case of Berlin, “people who not only make geographic but also aesthetic recommendations on films in specific areas, like queer cinema for example,” explained Nord.

Asked whether the role of festivals is to reflect current events by selecting films about Ukraine, there was a general consensus among panelists that urgency should not trump the search for a quality cinema. Regarding the boycott of films funded by Russia, Sangiorgi said it was a complex issue: “I will be open to the idea of ​​having Russian films in my selection, otherwise the same criteria should be applied to many other governments, for example the Philippines or Brazil – government funding does not necessarily mean that the film is affiliated with those governments.

Visions du Réel will host another online conference on April 14 entitled “Filming in resistance”, where Ukrainian filmmakers and producers who are currently filming in Ukraine will be invited to discuss the possibility of resisting the war of images.

The festival runs until April 17.