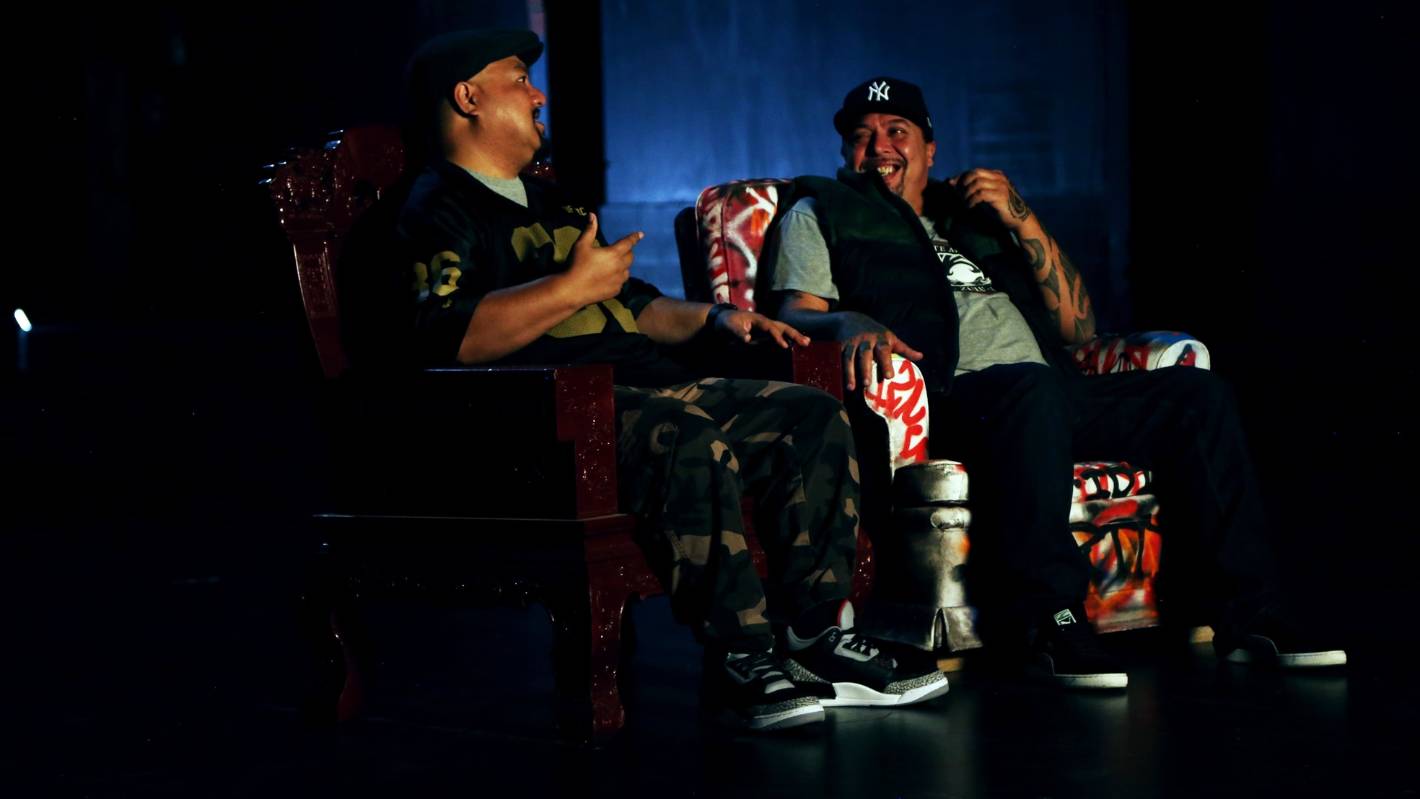 REVIEW: In the wake of fascinating and scholarly documentaries on Search Records and Scribe (TVNZ’s Return of the Crusader) and the excellent drama about the Polynesian Panthers (The Panthers) over the past year, any new insight into the rise of Aotearoa hip hop might struggle to have something new to say.

However, the one-hour duration of Anahera Parata A rhyme of reason 2 (debuting tonight at 8:30 p.m. on Māori Televison, before becoming available on Māori TV OnDemand) has more than just a catchy title.

It makes for illuminating and captivating viewing of Waitangi Day, as local pioneers of the genre including DJ DLT, DJ Sir-Vere, Che Fu and Danny Haimona (better known as Dam Native) share their very personal stories, sometimes inspiring, sometimes painful, about how their interpretation and spin on the musical style forged in America’s black urban communities changed their perspectives and their lives.

You’ll learn how Upper Hutt Posse’s groundbreaking Maori rap record And you (also inspired by Grandmaster Flash and James Brown) struck a chord, despite being snubbed by commercial radio (and the band’s lyrics being misinterpreted as a call to “kill the cops”), that Che Fu and DLT’s Chains was as much a cultural touchstone as a musical success, how time spent in Tanzania with his social and youth worker parents influenced Ladi6 and how DLT discovered his true musical calling, despite growing up in a more likely to play Black Sabbath, Pink Floyd and Led Zeppelin (“Everything I hate now,” he laughs).

The 1983 documentary Style Wars is cited as a huge influence on aspiring Kiwi hip hop artists.

There are jaw-dropping and hilarious footage of performances and events like the 1984 Bop Olympics in Auckland, as interviewees reminisce about the ups and downs, and how “all the brown Pacific kids thought the hip hop was made for them”.

And, it’s not just about the combination, as Ladi6 so eloquently puts it, “lyrics meet melody, meet music”, but the whole hip hop ensemble of poetry, dance, sound and visuals. She quotes an award-winning American documentary from 1983 Style Wars as a pivot, a showcase and dissection of hip hop culture that she and others are sure has led overnight to an explosion of graffiti art in our major cities.

As he did in his own doco series, his cousin Scribe provides some of the most moving, heartbreaking moments as he recounts how hip hop saved his life, while the popular music and ethnomusicology professor at the University of Auckland, Dr Kirsten Zemke, details how this has been a teaching tool, both in terms of understanding history and imparting life skills.

The final word on this well-assembled, timely and refreshing tale should go to DJ Sir-Vere who describes it as “a fusion of tikanga, whakapapa and modern culture, told through the experiences of my peers”.

A reason to rhyme will debut at 8:30 p.m. on Māori Televison tonight (Sunday), before becoming available on Māori TV OnDemand.