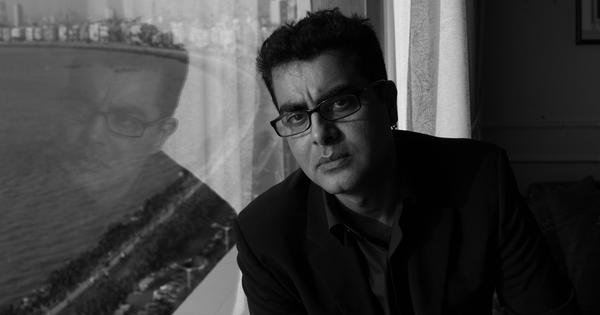 Amitava Kumar A time outside of this time reads less like a novel and more like a validation of all the fears, anger and disbelief with which we have lived in recent years, in the face of the worrying rise of global right-wing extremism, an ever-widening intolerance of ” other “, and the relentless nightmare of a virus that has brought all humanity to its knees. It reads less like a novel than a mediation on the collective trauma of a world plunging into despair.

It reads less like a novel and more like a collective sigh of relief to have found a community that struggles with the same concerns, the same challenges and desperately tries to hold on to the tenuous hope that things will change, that there will to be a time outside of this terrible time.

Written as a first-person narrative, the tale begins with a writing fellowship amid a motley team of researchers from various disciplines, in glamorous European surroundings, a villa on an island, close to “where George and Amal Clooney spend their summers. “Its temporal location appears to be in early 2020, just before the virus began its devastating death march.

The narrator, journalist / writer of fiction and non-fiction, works on a novel that is interested in lies and deception but also in how these are received / consumed and what this says about public behavior , ethics and nebulous morality of a post-truth world. He states that the idea for the book, tentatively titled Enemies of the people, was born two days after the start of Donald Trump’s presidency, amid false news already spread to receptive citizens.

Satya, our novelist-narrator, tells us that the main question her novel explores is: “Who among your neighbors will look away when an authority figure comes to your door and puts a boot in your face?” Perhaps the corollary to this is also important. Which of our neighbors goes not look the other way when that boot in the face comes in?

This ambiguous space of action / inaction and how much each of us is willing to be complicit in the progressive erosion of the rights and freedoms of individuals and communities and of ethnic / linguistic / religious minorities, is what the book is all about. Kumar complex seems to be involved.

Kumar made explicit the kinship relationship between India and the United States. Both led by leaders with totalitarian leanings, both thriving on a systemic discrediting of verified, science-based, and evidence-based information as the pandemic struck. The parallels are as obvious as they are irritating. Hate crimes in America have focused on race; in India, on caste and religion.

While the United States sponsored racial hatred with Trump’s insistence on the “Chinese virus” nomenclature, Indian ministers and godfathers / women touted magical ways to “boost immunity.” Even as the crisis escalated, Trump claimed they had it under control, that everything would be fine, calling the virus a Democrats’ “new hoax”. Meanwhile in India we have been urged to clap, beat plates and ring bells, ostensibly in support of health workers, but interpreted by ruling party spokespersons as a way to fight against the virus since “the ancient Hindu scriptures tell us that temple bells and blowing in conch kills germs.”

Before the rational world finished delving into this inanity, we were inundated with similar “ancient wisdom” about how to light candles. en masse was going to burn the virus. Kumar pulls these examples together, reinforcing his case for ridicule and large-scale validation of the “fake news” and “alternative facts” that defined the state’s responses to a massive threat to life and resources. subsistence in India and the United States.

Fake news, Satya insists, is starting to shape public perception. The phenomenal success of WhatsApp in India and the ease with which WhatsApp is presented as gospel truth is testament to Satya’s claim. It is “a formula, often sentimental, and has a sickening repetitiveness quality (…) It exists to create uncompromising believers in an incomplete and intolerant view of the world”. The lies sold to us by those in positions of power take on a life of their own, generating wide-ranging, often violent responses ranging from people choosing to drink bleach to lynchings of those suspected of kidnapping, or worse, for trying to injure cows. .

Lewis Carroll’s Alice, while in the mirror world, may have met a queen who is very proud to have believed “up to six things impossible before breakfast,” but Trump, real and living and running the most powerful country in the world, is believed to have told an average of six lies a day, during his first three years in office, Kumar reminds us. Lies and fake news and their means of dissemination – social networks, WhatsApp, news agencies – remain the challenge of Satya’s world as much as they are ours.

The boundaries between fiction and fact are blurred, not only in the novel, but also in our daily reality, lived and experiential. What then is the role of fiction, in a world where truth itself has become a victim? Kumar’s answer is rooted in the writer’s sense of social responsibility. Citing as examples the short fictions of Anton Chekhov and Alice Munro, Satya emphasizes the excoriating nature of fiction. It shakes us, he says, “out of our complacent understanding of the world.” This makes us skeptical about what we think we know about ourselves and, more than that, about others. ”

Fiction disturbs. He asks questions. The fiction writer is not only a chronicler of the world, but also a modifier that changes what stories are told, how they are told, and influences how they are to be consumed. The boot in the face can only be turned around, after all, through responsible collective action. Imaginative literature, we are told, promotes reader engagement. Does the novel then become a tool for social change?

The book emphatically addresses the role of fiction in this dystopian world in which we have come to inhabit. Satya reads Orwell’s 1984, marveling at the confluences between an imaginary totalitarian regime and contemporary political structures that claim democracy but seem to largely destabilize it. Surveillance, propaganda, non-compliant citizens and demise protesters no longer just happen in the pages of 1984.

While Orwell’s book remains Kumar’s primary intertext, those of us interested in gender and assaults on bodily autonomy can’t help but return to this other dystopian text that has come horribly alive. in this disjointed period, the book by Margaret Atwood. The Handmaid’s Tale. In both cases, what seemed to be fiction has now become everyday.

Satya’s wife, Vaani (such a clever choice of names for characters exploring the nature of truth and the silence of voices – “Satya” meaning truth, and “Vaani” meaning voice or speech), in an almost academic study impartial on racism, describes it as “a part of the social subconscious of American citizens”. Human beings, according to research, she says, are trained to be wary of those who are unlike them, those who are different.

But can we possibly ignore the hierarchy of races, Kumar forces us to ask. Distrust only translates into violence in a one-way way. Power, as always, rests with the dominant majority, whether in America or India. While America witnessed the brutality of George Floyd’s murder in an act of racial mistrust, India has an unfortunate number of Mohammad Naeems and Tarbez Ansaris who were lynched for belonging to the wrong religion.

Kumar’s novel denies the reader the indulgence of oblivion. He insists on chronicling names, incidents, exact acts of brutality, removing bubble wrap, closing the gap between romantic storytelling and journalistic excavation of truths. When regimes and state archives erase or falsify the past and silence the present, it behooves the protesting citizen to keep records and chronicle our truth (s), as Satya does, when he reconstructs the story of an encounter with insurgents and the repercussions it leaves. in its wake.

Interspersed with anecdotes, literary references, reports, snippets of poetry, behavioral psychology experiences and topical news, A time outside of this time tackles uncomfortable questions of responsibility and complicity. It is fiction, to be sure, but it is also a detailed assessment of injustices, excesses, acts of violence and lack of empathy, in the face of the horrors of a pandemic. He refuses to conform to strict gender or stylistic standards, also refusing the luxury of stepping away from difficult topics of race, religion, caste, migrant crisis and hate crimes. Satya’s project could just as easily be the reader’s own – analyzing the truth of lies, resisting oppression, making sure the boot in front of a neighbor doesn’t take our eyes off us.

A time outside of this time, Amitava Kumar, Aleph Book Company.