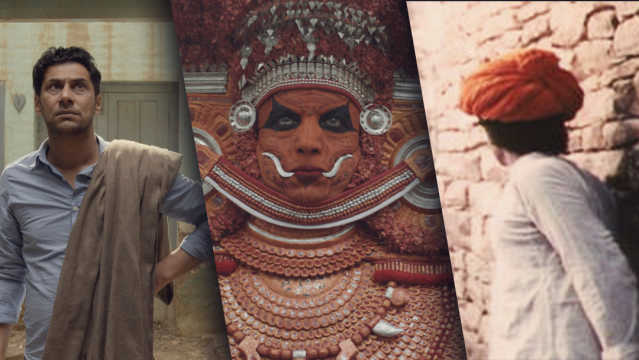 Ten Indian films will be screened at the 52nd Rotterdam International Film Festival (IFFR), which runs from January 26 to February 6. The event will be held online for the second year in a row amid growing concerns about the spread of the Omicron variant of the coronavirus across Europe.

According to the program shared by the festival organizers, Meghdoot (The Cloud Messenger) by Rahat Mahajan and Thuramukham (The Harbor) in Malayalam by Rajeev Ravi will compete in the Tiger competition and the big screen competition respectively.

In addition to this, Chavittu (Stomp), the hybrid Malayalam documentary-drama by Sajas Rahman and Shinos Rahman, the Malayalam feature film by Krishnendu Kalesh Prappeda (Hawk’s Muffin) and the Hindi documentary Urf by Geetika Narang Abbasi will also be screened. at IFFR. Mahesh Narayanan’s Malayalam, Maalik, and Mani Kaul’s classic ghost film, Duvidha, are also part of the selection.

Gurvinder Singh’s upcoming Punjabi feature film, Adh Chanani Raat (Crescent Night), will premiere at IFFR in the Harbor section. The film was produced by Bobby Bedi, Vipul D Shah, Manmohan Shetty and Rajesh Bahl. Adh Chanani Raat is the third installment in Singh’s Punjabi film trilogy after Anhey Ghorhey Da Daan and Chauthi Koot, which have been adapted from the works of renowned Punjabi authors. The film is inspired by the eponymous novel by Gurdial Singh.

Sharing his thoughts on the film, Gurvinder Singh said, “Adh Chanani Raat speaks of a sadness on the verge of implosion that engulfs a silent agrarian land. Here is unwritten violence simmering beneath the surface in which the margins are pushed far into a breakdown of fundamental human relationships. It is a violence that scripts the alienation of being from its own ipseity. It is also about the ultimate resistance of the oppressed.

“Cinematically, for me, this is the culmination of a journey that began with Anhey Ghorhey Da Daan, tropes reduced to the essentials leading to an internalized and self-reflective form,” he added.

Producer Bobby Bedi, who collaborated with Gurvinder Singh for the second time after Khanaur. He said: “The love of a Punjabi farmer for his land is special and transcends economics, relationships and even emotions. This gives the farmer special strength. This love has come to the fore during the recent farmer protests in North India. Gurvinder captures this love and the violence that can flow from it in an unusually poetic way in Adh Chanani Raat. “

The Bengali and Marathi shorts Madhu and Aadigunjan (Whispers of the Jungle), which were directed by Tanmay and Tanvi Chowdhary and Sohil Vaidya respectively, will also be screened at the festival.

Everything has been announced for Disney+ Day so far