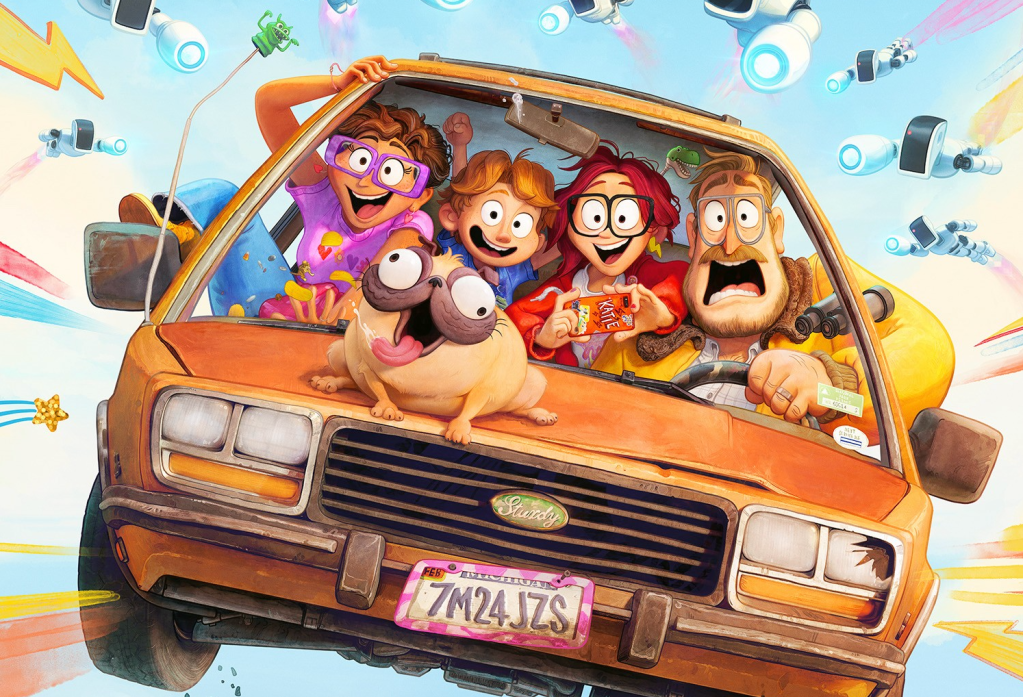 In today’s high-tech world, there are as many ways to make an animated film as there are film genres. The best animated feature films of each year cover everything from family fare to real-life documentaries and everything in between, and today’s animation directors have as many, or as few, tools at their disposal to tell the story. their stories as they wish.

For Sony Pictures Animation’s “The Mitchells vs. the Machines,” a comedy about a dysfunctional family battling a robotic apocalypse, directors Mike Rianda and Jeff Rowe saw the irony of using first-rate tools to tell a story. instructive on technology.

“We were making a film about technology and the only way to contact our mother or see our friends was through the computer,” says Rianda of working during the pandemic lockdown. “It’s a wonderful time for animation right now. I would love to see people from all walks of life telling stories. I’m excited to see where people take that.

The two directors met while training at CalArts, where they made films each year to show their peers.

“If you’ve done well, you have a laughing and clapping audience and if you’ve done poorly, you just love sitting in a quiet room of a hundred people,” Rowe recalled. “I think it kind of instills in us that the audience is always right. You don’t do things in a vacuum, you do them for people.
As animation technology evolves almost daily, some directors are using advancements to aid the techniques they were originally trained in, rather than changing the way they work.

Michaela Pavlátová, whose film “My Sunny Maad” tells the story of a Czech woman who marries an Afghan and her experience moving to Kabul during the American occupation, deploys a simple, hand-drawn animation style.

Growing up under communism in what is now the Czech Republic, she studied illustration, but when a visiting Japanese animator gave her a Super 8 camera, allowing her to shoot frame-by-frame movies, her interest in animation flew away.

“It was a very important moment, I could make my own films”, recalls Pavlátová. “It started my addiction to animation – I’m the creator of new universes, and I loved and still love creating movement.”

Pavlátová’s short film “Words, Words, Words” was nominated for an Oscar in 1993, and for a brief period she came to the United States, where available technology opened up new possibilities for her, increasing what she was doing it by hand. for years.

“I like computers because they save me time. I draw directly on the tablet, in the computer,” she says. “So now it’s quite difficult for me to draw on paper because it’s a different feeling.”

Jonas Poher Rasmussen, a radio documentary filmmaker, had been searching for years for a way to tell the story of an Afghan man’s journey as a refugee that the subject, Amin Nawabi, would be comfortable with. When Rasmussen attended a workshop with animators, the pieces fell into place and he approached Nawabi.

The result is “Flee,” produced by Riz Ahmed and Nikolaj Coster-Waldau, which landed on the Oscar documentary shortlist.

“Animation seemed like the only way to do it, because (Nawabi) wanted to be anonymous because it’s happening in the past but also because it’s a story of emotion, trauma and memory,” explains Rasmussen. “You can be expressive with animation and that was really key.”

With so many animators telling real-world stories and exploring modern themes, the future of these moving pictures is limited less by the constraints of the filmmakers than by their imagination itself.