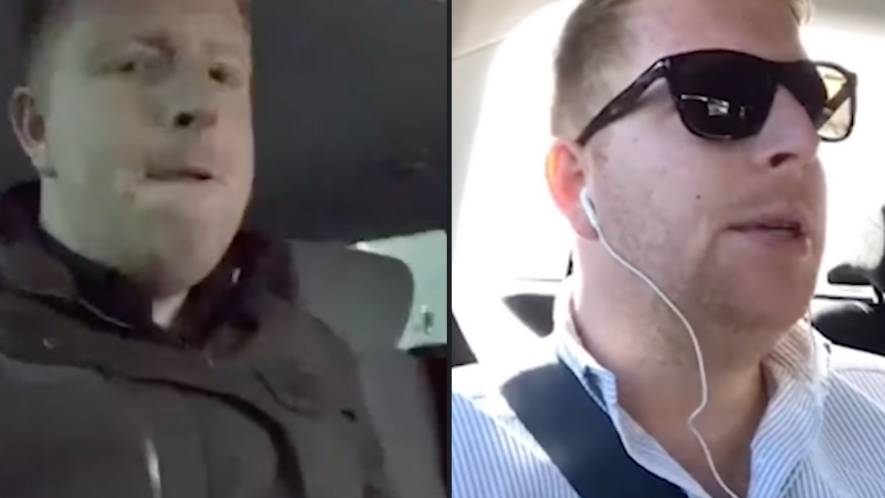 It’s a tradition as old as taxis.

The first thing you do after telling your taxi or rideshare driver where you want to go is if they had a good day.

They might end up telling you their life story over the next 15 minutes, or they might just say “good” as an answer.

In any case, it is a mark of respect towards the person who takes you from A to B.

A guy showed how much he is attached to this tradition by filming himself every time he jumps in an Uber.

Robert Knight turned the camera on himself saying “busy day, mate?” every time he fastened his seat belt.

Rob got a bunch of different answers in his compilation, which ranged from good to not so good.

What’s particularly hilarious is how he says “or” at the end of the question without giving any specifics.

That “or” is just there for the driver to fill in something captivating to say.

While this may not be the most inspiring or informative content you will read today, it is certainly a reminder to show the same courtesy to your driver.

Some rideshare drivers try to reverse this angle by giving passengers options about what happens during their ride.

A driver named George has gone viral for his list of ways to treat travel.

There are five options when getting into George’s car: The Stand Up, The Silent Ride, The Therapy Ride, The Creepy Ride, and The Rude Ride.

The Stand Up is where George will “talk to you about funny things”, which could relate to his stories from prison and other “bad life choices”.

The Therapy Ride might be just what some people need: when you just want to take it out on someone and all they say is “that must be hard”, “wow, that’s hard” or ” life just isn’t fair, is it”.

The last two options aren’t nearly as great with The Creepy Ride being where George “says nothing” and “will just occasionally look at you in the rear view mirror”, promising to be “all scary”.

The Rude Ride is right where it gets ad**khead – which might be pretty fun if you were George.