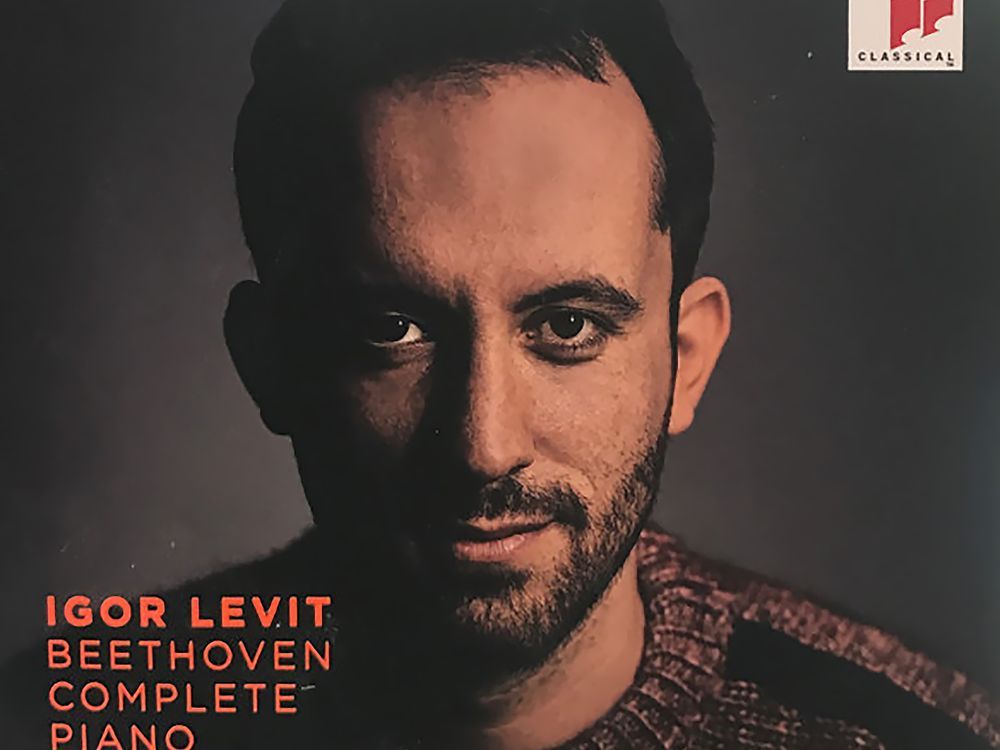 Igor Levit is a Russian-German pianist who mainly devotes his time to the music of Bach, Beethoven and Liszt. He was born in Nizhny Novgorod, Russia in 1987, and moved to Germany with his family when he was eight years old. After decades of intense study and global performance opportunities, Levit is currently a professor at the Hochschule für Musik, Theater und Medien Hannover (Hannover University of Music, Drama and Media).

In 2013, Levit made a monumental recording of Beethoven’s thirty-two piano sonatas. Spanning nine CDs and over ten hours of music, this is the definitive collection of these masterpieces. His performances are deeply thoughtful and expressive, as one would expect from a scholar thoroughly engrossed in the music of the masters.

Of the 102 movements of the thirty-two sonatas, I have selected seven of the slowest movements for a more detailed appreciation. These powerful compositions are deeply personal and make the listener feel as if they are reading Beethoven’s diaries.

This movement begins with a soft sigh of loneliness with glimmers of hope – a common expression in Beethoven’s piano sonatas. Moments of frustration are cut short with powerful chords in harsh dynamic contrast that reflect Beethoven’s famous stormy emotions.

One of Beethoven’s most recognizable melodies bears a strong resemblance to a melodic fragment from the slow movement of Mozart’s Piano Sonata No. 14, K. 457, written fourteen years earlier. One can only assume that Beethoven included it as an homage rather than a plagiarism, in the same way that jazz musicians will quote other melodies. Beethoven takes this fragment and develops it into one of his finest cantabiles. It’s one of the parts that Schroeder often plays in Charlie Brown films.

The Moonlight Sonata did not bear this iconic name until years after Beethoven’s death when a critic suggested it, and to this day many music historians object to the title. Some believe it was written more as a funeral march while others argue it was a dark love song about the longing of one of Beethoven’s pupils. Hector Berlioz called it “a lamentation”. Whatever the title, it remains one of the great piano compositions in musical history and Levit’s interpretation is breathtaking.

The percolating staccato bassline in the left hand gently propels the melody in the right hand legato is this oddly compelling and often overlooked sequel to the legendary Moonlight Sonata. There is a light temper in the mid-section which provides momentary relief from Beethoven’s usual grumpiness.

Composed during the period when Beethoven was most struggling with his impending deafness, this sonata is one of his most turbulent and stormy (often referred to as “tumultuous”). The second movement is not stormy at all, but rather finds Beethoven delivering a simple but intriguing theme and variation.

Those who thought the 23rd Sonata was tumultuous were shocked when Sonata 29 was completed. Subtitled “Appassionato e con molto sentimento” (Passionate and with emotion), Beethoven erupts with waves of storm and stress throughout the famous Hammerklavier Sonata, considered one of his most technically difficult compositions ever. composed. The first recorded public performance was that of the great Franz Liszt in 1836, nine years after Beethoven’s death. The slow third movement has been beautifully described as a “mausoleum of collective pain”. Enough said.

The last movement of Beethoven’s last piano sonata is a striking theme and variations. Beethoven was working on his Missa Solemnis at the time and may have simply redirected his attention and then died before he had time to return to Sonata 32. Beethoven’s variations are bold and forward-looking, making sometimes alluding to early jazz with swinging sixteenth notes and embracing rare time signatures like 9/16. Beethoven shows us that he was truly a pioneer of his time. Levit presents this empowering piece with confidence and warmth.

Igor Levit’s recordings of the complete Beethoven piano sonatas are truly sublime in spirit, emotion and intellect, and this collection is essential to any serious music collection.

Side note: In 2021, Igor Levit recorded a stunning rendition on Metallica’s Nothing Else Matters for their Blacklist compilation. Listeners can also feel the spirit of Beethoven in this performance.