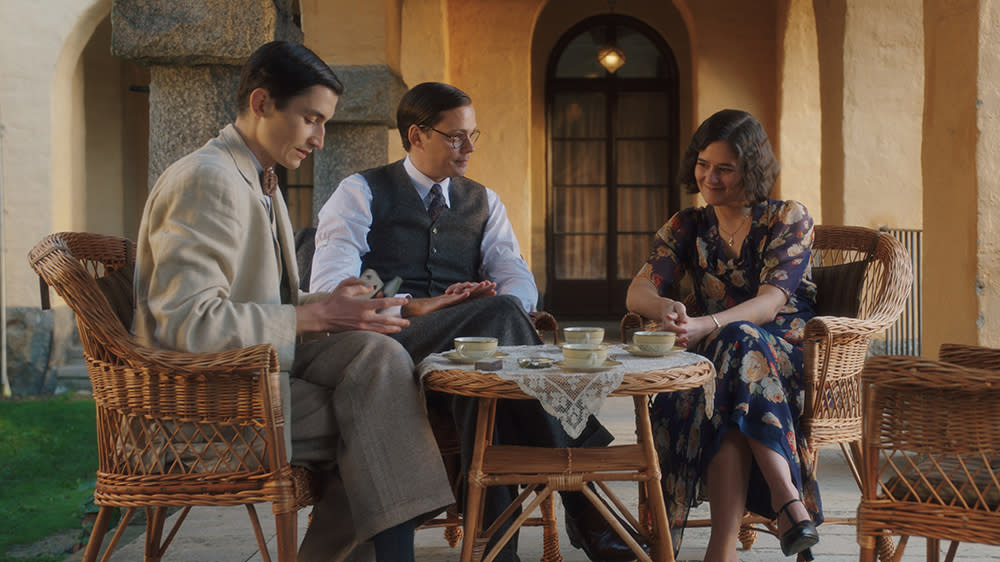 18 works in progress from some of the biggest names in the Nordic region – Bille August, Björn Runge, multi-award winning JP Valkeapää and Malou Reymann will be showcased at the hybrid Nordic Film Market (February 3-6), along with select Sundance and Registrations for the Rotterdam competition.

The NFM runs alongside the final stages of the Gothenburg Film Festival (January 28-February 6).

So far, more than 450 international delegates have registered for the Great Nordic Film Confab. Only 250 will be able to attend in person, due to COVID restrictions in Sweden.

“We have received huge interest from professionals to attend in person, following the decision by Sundance, Rotterdam and the European Film Market Berlin to move online. It was very difficult to say ‘no’ to people, but our priority is to ensure a safe event,” said Gothenburg industry chief Cia Edström, who outlines the various security measures to be implemented at the NFM, from vaccination checks, limited capacity in theaters and longer breaks between screenings to the cancellation of drinks, snacks and parties. “We are the luckiest to be able to organize a partly physical event. But I really feel for my dear colleagues who had to make the difficult decision to go fully online,” she said.

The pandemic has also put additional pressure on Edström and his team when it comes to scheduling. “We’ve put extra work into the selection as COVID-19 has impacted both the volume of titles in post and the release schedule for completed works, so we’re particularly pleased with our lineup,” said the market manager who makes sure that each year his program has an equal share of veteran and upcoming filmmakers as well as a gender balance.

“As always, we’re looking for projects that can break out internationally, regardless of genre,” she continued.

Expected mainstream features in works in progress include Björn Runge’s “Burn all My Letters” on-screen adaptations and love stories book of “The Wife”, covered by REinvent, and “The Kiss” from Bille, double winner of the Palme d’Or. August. The period drama, based on a novel by Stefan Zweig, is one of two works in progress sold by LevelK, along with Christian Lollike’s satire “The Cake Dynasty,” produced by Oscar-winning Danish producer Kim Magnusson.

The Oscar-winning animation specialists Mikro Film in Norway and Vivi Film in Belgium are spearheading the polar epic, taken up by Les Films du Losange.

“We rarely screen animated films, but this is a highly anticipated European co-production, targeting both children and adults,” Edström said.

The industry chief also highlighted the documentary “The Andersson Brothers” by Johanna Bernhardson, niece of acclaimed Swedish director Roy Andersson. The portrait of the complex relationship between the four Andersson brothers (including Bernhardson’s father) is produced by Swedish company Cinenic Film, which produced Gothenburg’s debut film ‘So Damn Easy Going’. A commercial agent has not yet been attached.

Other promising debuts from female directors seeking global distribution include Danish-born Katrine Brocks’ “The Great Silence,” about the peaceful convent life of a young nun (Kristine Kujath Thorp of “Ninjababy”). who is suddenly unsettled by the arrival of her older brother (Eliott Crosset Hove of “Winter Brothers”); and Isabella Carbonell’s Swedish thriller “Dogborn,” delving into the world of human trafficking. The two films respectively won laurels at Haugesund’s New Nordic Films 2020 and Helsinki’s 2021 Finnish Film Affair.

The Discovery section will serve as a springboard for eight projects in early development such as “Europa” by Kurdish/Norwegian Brwa Vahabpour, an episode director of NRK’s ​​winning series “Countrymen” and “Värn” (the project’s Swedish title) by John Skoog (“Ridge”), produced by Ruben Öslund’s Plattform Produktion.

Among the 20 completed films screened both online (for delegates only) and at the Biopalatset in Gothenburg are the Sundance-related documentaries “A House Made of Splinters” (Cinephil), “The Mission” (Autlook Film Sales) and the narrative films “Speak no Evil” (TrustNordisk), “Hatching” (Wild Bunch) and “Girl Picture” (LevelK).

The program for Gothenburg’s other industry event, its TV Drama Vision which will take place on February 2 and 3, will be revealed in a few days.

Complete list of works in progress from the Nordic Film Market:

Rod Wave’s New Video Might Be His Loneliest Yet, Which Is Saying A Lot