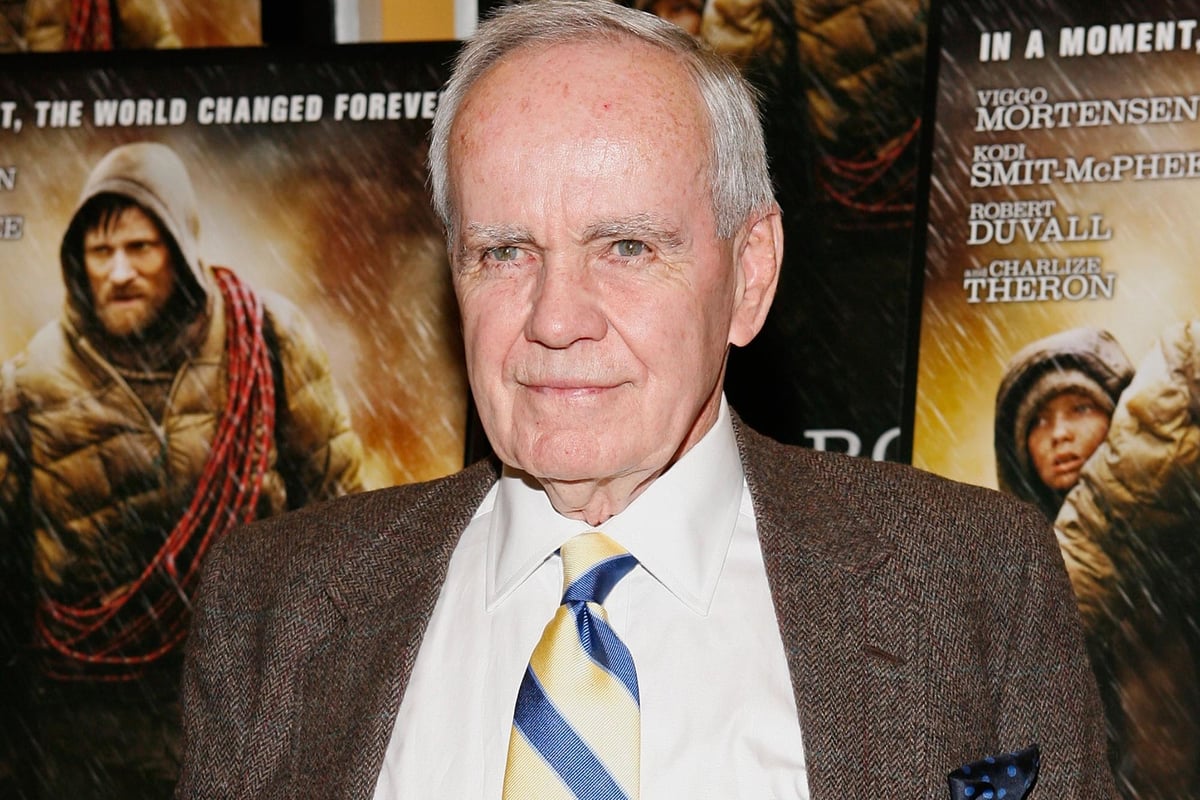 It’s a curious question to ask, but what kind of book is Stella Maris? In a bold move, publishers released Cormac McCarthy’s new novel The Passenger last month and then this other new work this month. I have known novels – often science fiction – which are scheduled every six months. But it’s unique, especially because McCarthy is such a renowned figure. What is this book?

This is not a sequel to The Passenger. It is not a parallel text, recounting the same events from a different angle. It’s not really part of a literary diptych, because it’s stylistically very different – it would be like having a diptych with one half in the Baroque period and the other half in startling Cubism. Is it, perhaps, a counterpart to the first novel; or a fraying unanswered question? Not really. The editors opted for “coda” which seems as good a word as any. I guess I would describe the relationship between Stella Maris and The Passenger as a symbiotic relationship. Now, after reading Stella Maris, I went back and looked at passages from The Passenger, and they appeared in a different light, like changing the angle of a mirror. Likewise, The Passenger sets up some of the mythology developed by Stella Maris.

It is, however, quite remarkable. As with only a few other authors – Roberto Bolano, Brian Catling – he has the distinction of giving me bad dreams. Scratch that: nightmares. I say that as a compliment. The passenger introduced Western, a marine rescue diver who becomes a fugitive. We learned that his father worked on the Manhattan Project, his mother died when he was young, and his sister, Alicia, is both genius and crazy. There were also dark hints from Western’s mischievous friends that he was in love with his sister. Western is not just a fugitive from nefarious forces with inexplicable agendas, but a fugitive from his own past. In Stella Maris, we get Alicia’s total escape from reality itself.

“Stella Maris” is a “non-denominational facility and hospice for the care of psychiatric medical patients”. A note, dated October 1972, reports that Case 72-118 (is this a nod to the number of patients admitted that year?) is 20 years old, Jewish/Caucasian, female, arrived with $40,000, PhD student in mathematics, suffered from paranoid schizophrenia and has been a resident twice. At least one of my hunch after reviewing The Passenger turned out to be correct. We find out that her name is not actually Alicia, but changed her name by deed using fake documents from Alice.

Alicia, to use her chosen name, is caustic, ironic, surly, sarcastic, and dismissive. She’s also incredibly smart, and the book touches on topology, physics, ethics, Schopenhauer, Grothendieck, religion, music, and sometimes wonders if math is something we impose on the universe or a set of truths that would exist without any consciousness to understand them. She has a pleasant disdain for Carl Jung. It’s pretty heady, and you can see that McCarthy made good use of his time at the Santa Fe Institute for Multidisciplinary Research. Alicia revels in being a paradox – that she was sane enough to know she had to go to an insane asylum. She’s definitely not easy with her psychiatrist. (A somewhat indulgent anecdote: when my womb visited the outside world, I became delirious from the painkillers, so a shrink was sent. My father arrived and the ward sister told him that I was seeing the shrink and he said “Poor jerk” She said, “No, he’s in very good hands. Dad said, “I wasn’t talking about Stuart.”) It’s not so much that this Alice is fell down a rabbit hole, she dug the rabbit hole with her fingernails and built a maze at the bottom for good measure.

Formally, the book is just the exchanges between Alicia and Dr. Cohen (except for the false document on Stella Maris on the first page). The reader must be nimble not to jump, although the longest dissertations are usually Alicia. This form is reminiscent of Greek stichomythia, to use a technical term, which, in tragedies especially, uses alternating lines of dialogue to emphasize underlying conflicts. One of the few books I know of in a similar form is the equally difficult JR by William Gaddis. So, from the very first page, we get: “How are you? Are you okay?” “Am I okay?” “Yeah.” “I’m in the trash”. She’s a master of denial: “I’m not really serious.” “Oh “Alicia is fine. I prefer him to Henrietta.” “You’re not serious anymore.” “No.”

Alicia’s only condition is that they don’t talk about her brother, which they duly do. She tells us about her hallucinations – the Thalidomide Kid and his vaudeville entourage from The Passenger – and her self-awareness about them, which includes using math to figure out their size and being skeptical about their meaning. In some respects, the reference to Greek tragedy is essential. Western and Alicia are a modern-day Orestes and Elektra, siblings of a cursed family, fleeing the Furies. The two together, for two doomed not to be together, is a staggering feat.

10 signs Sonic The Hedgehog is running out of steam