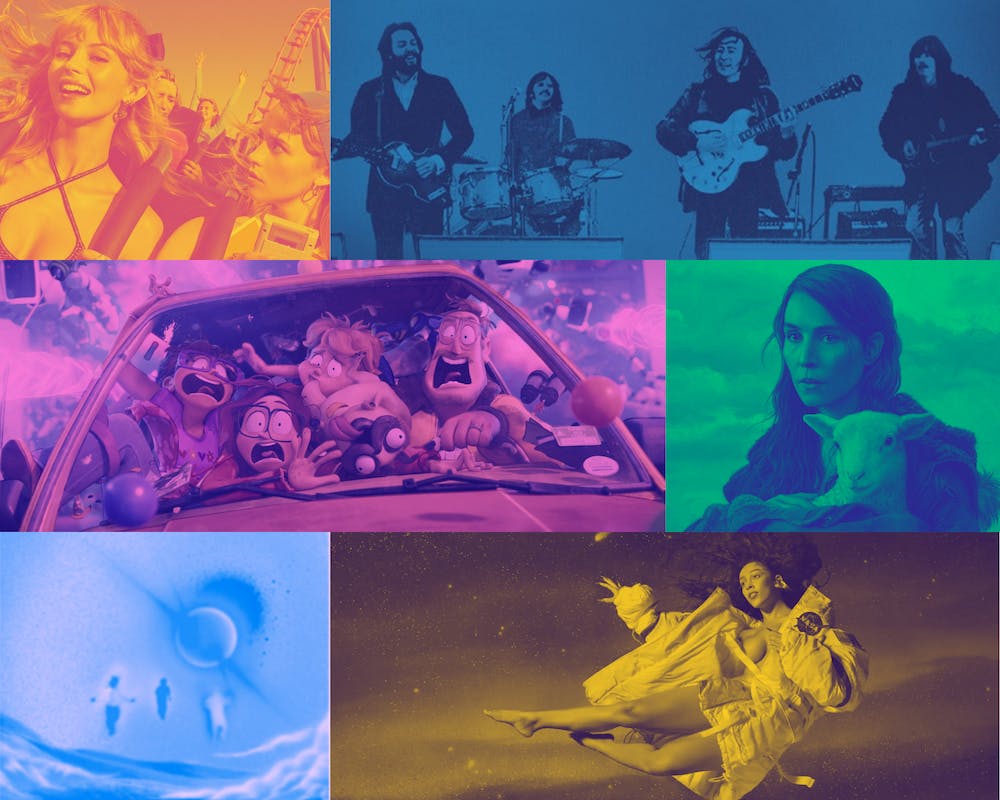 Kanye West’s “Donda” has earned a spot among my favorite media tracks this year. The album, while bloated and messy at times, is beautifully unique, and no other artist could do something like it. Everything about the release of this album was also unforgettable, from the three live performances it had to its unexpected eventual release on a Sunday morning. “Donda” is both a return to form for Kanye, but it also marks artistic growth for an artist with a career spanning two decades. The production is eclectic, spanning many of the sounds and subgenres of hip-hop, with featured artists from the world of music. It’s too early to talk about the record’s lasting impact and influence, but I can definitely say that “Donda” is a special album that sums up everything that makes Kanye unique in the music world.
—Rhys Banerjee, author of musical rhythms

“The Beatles: Come Back”

If you are a staunch Beatles fan, you must watch Peter Jackson’s “Get Back”. Lasting nearly eight hours and using the film from Michael Lindsay-Hogg’s 1970 documentary, the series chronicles the creation of the album “Let It Be” (formerly known as “Get Back”). As you watch the series, you see some of the most famous Beatles songs being written. It’s the perfect view of the iconic group’s final year. —Kerry Rork, local art publisher

The first retrospective exhibition of Wassily Kandisky, recognized as the founder of abstract painting, kicked off in May at the West Bund Museum in Shanghai. You have to see Kandinsky’s painting in real life to understand how a painter can take the word “composition” to a whole new level. —Katherine Zhong, Editor-in-Chief

As an avid A24 horror film enthusiast and owner of an unwavering individuality complex, I must divert your attention from the company’s critically acclaimed fantasy “The Green Knight” and their claustrophobic Icelandic drama “Lamb”, which premiered much more quietly in October. The fabulistic story of two childless farmers who welcome a hybrid human / sheep baby born into one of their barns (yes, that’s right) and raise it like theirs is as unsettling as it sounds, but I haven’t stopped thinking about it since I left the theater. The ability to empathize with the irrevocable loneliness that colors the couple’s decision to treat the lamb like family – and the isolation measures they take to protect their “child” from the outside world – is only so strong because that we have been a pandemic for two years. I doubt this movie affects me the same way ten years from now, when (hopefully) I don’t remember the isolation-induced brain fog feeling, but for now like, who can’t understand the desire to isolate yourself on a farm with only your loved ones and the reality you create? —Tessa Delgo, Recess Editor

“The Mitchells against the Machines”

I don’t often watch animated movies, but I’ve never been happier this year than when I decided to watch “The Mitchell vs. the Machines”. I was instantly hooked by the art style, with popups similar to “Spider-Man: Into to the Spider-Verse,” but I stayed for the gripping story which is fun and just as heartfelt. If you’ve been tied to dysfunctional families, worried about the AI ​​revolution, or dreamed of giant, evil Furby monsters, look no further than this wonderfully written and directed film. —Devinne Moses, Editor-in-Chief

If there’s one album that defined the sound of 2021, it’s Doja Cat’s “Planet Her”. The sultry sound of “Need to Know” and the energizing beats of “Get Into It (Yuh)”, to name a few, have mastered the art of music that is suitable for both the screen. and the dance floor. From my high school nights parading past her “Mooo!” video to see the artist take the stage at VMAs, it’s both inspiring and always entertaining to watch her grow in her art – and, if “Planet Her” is any indicator of what’s to come, it isn’t. that the beginning. —Skyler Graham, Recess Editor

“Nonante-Cinq” is the second album from Belgian star Angéle, and, like her debut, it is filled with elegant French pop. Here, however, she improves upon her previous efforts in every way: the production is sharper, the melodies are catchier, and the songwriting is more meaningful. Take the first single “Bruxelles je t’aime”, a love letter to Brussels and Belgium. What might otherwise be a solid dance-pop song is heightened by Angela’s obvious passion for her house, pleading that her country could never divide along linguistic lines. Angela’s songwriting has always been her greatest strength – she wrote every song on “Nonante-Cinq” on her own – and yet, even if you don’t know a bit of French, the songs are bangs that are worth listening to in any case. “Libre” has such a good hook that it stuck in my head for a week, and “Pensées positives” (the best song on the album) is the kind of up-tempo anthem I would have liked. have last summer. In “Nonante-Cinq”, Angéle produced both my favorite album and my cultural piece of the year. —Jonathan Pertile, cultural editor

The Steal review: stethoscope for a democracy close to cardiac arrest | Books