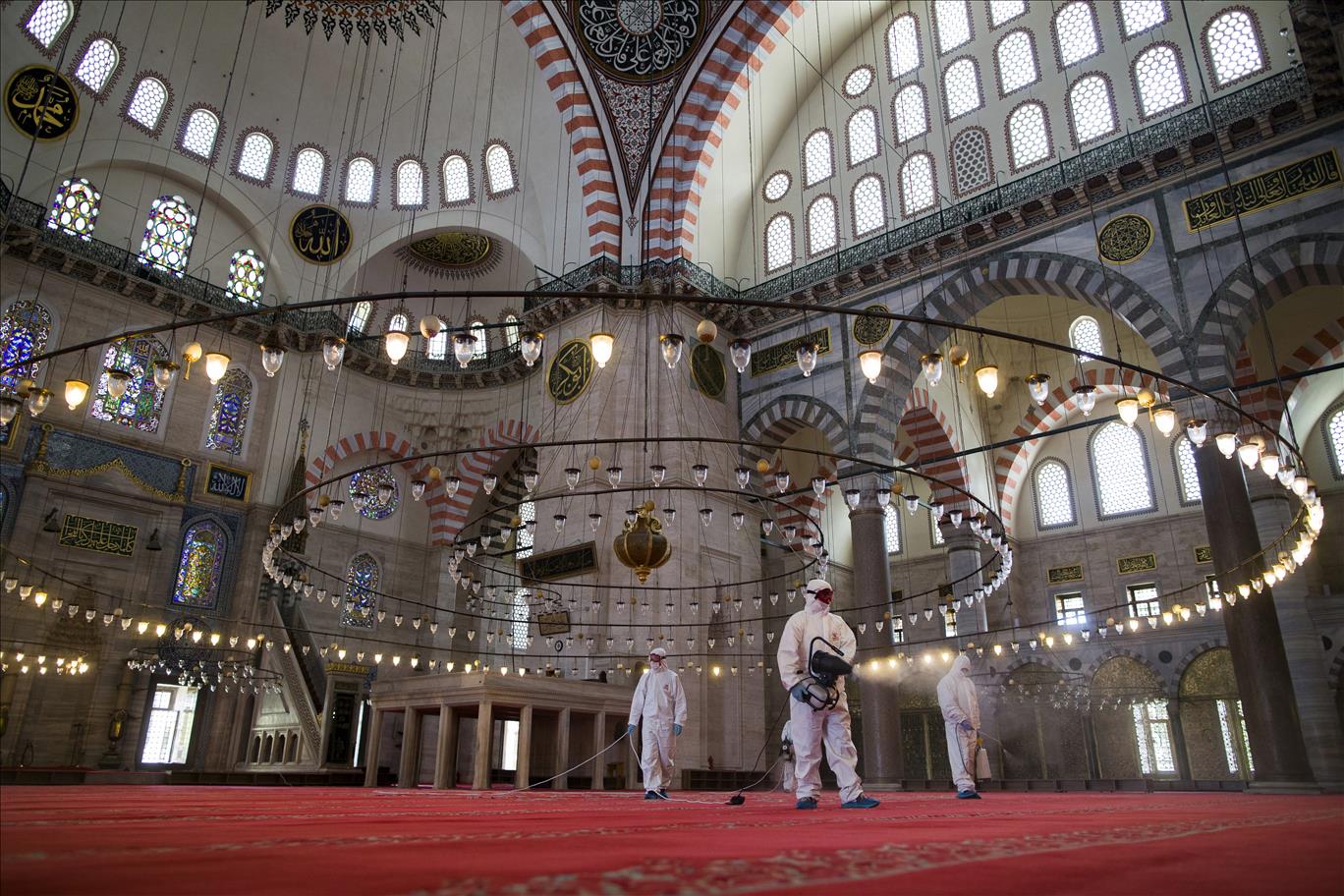 Nobel Prize-winning author Orhan Pamuk spent five years working on Nights of Plague, long before the current pandemic began. Perhaps he was planning for history to repeat itself; the political fallout from the bubonic plague outbreak on his imaginary island of Mingheria in 1901 resonates eerily in our world today.

That Pamuk intentionally wrote an allegory, the audacity of narrative action opened him up to attack. Last year Pamuk was “under investigation” in the book – not the first time he has been censored. (He recently, “in any case, they are not pursuing him, my file is lost in the labyrinths of Ankara”.

Pamuk, who won the Nobel Prize for Literature in 2006, is not shy about depicting sensitive cultural and political attitudes, as we witness throughout Nights of Plague. The novel also provokes in other ways. At 683 pages, it’s a good choice for a long trip, an all-nighter, or even a period of COVID isolation.

There are two narrative voices that the reader suspects are not completely reliable. We are invited in a “preface” to trust the story of a Mina Minher, writing from Istanbul in 2017. Mina becomes “us” – a couple? a group? – apparently credible historians, who intervene regularly to comment on the events. Mina’s main source is a set of letters written by Princess Pakize, the daughter of a deposed sultan, to her sister during the time of the plague outbreak on the island.

The dissonance created by the use of this ambiguous narrative never quite leaves the reader. We don’t really know who to trust. Perhaps this too is deliberate; if Pamuk wanted to evoke an atmosphere of suspicion, mistrust and unreality, he succeeded.

Nevertheless, the reader slips effortlessly into the fantastical world of Pamuk, at the turn of the 20th century, with the Ottoman Empire, frequently referred to as “Europe’s sick man”, in decline.

A 1900s portrait of Ottoman soldiers. The novel portrays the Ottoman Empire as “the sick man of Europe”. Shutterstock The action

The novel opens with the steamer Aziziye about to call at the island of Mingheria. On board is a large delegation of high-ranking passengers: the newlyweds, Princess Pakize, niece of the tyrannical Sultan Abdul Habib, and her husband, Prince Consort and esteemed quarantine doctor, Nuri Bey.

About to disembark on the island, the Ottoman Empire’s Chief Inspector of Public Health and Sanitation, Bonkowski Pasha, is tasked with dealing with the suspected plague outbreak on the island. When he meets an unfortunate ending 67 pages into the novel, Dr. Nuri is called upon to resume his impossible mission. As the back cover indicates: “the plague is not the only killer”.

What follows in this sprawling, multifaceted novel is the monumental struggle to contain the spread of the disease and the mounting death toll, and the fear and suspicion surrounding it. It is a battle to maintain law and order. The population of the island includes warring Christians, Muslims, Greeks, Ottoman Turks, locally born Mingherians, rebels and robbers from Crete and other nearby areas.

In the 600 pages that follow, there is no shortage of action. The “historians” promise to “describe faithfully” the “horrors” that the citizens will have to face, and this is only a third of the novel! We take a deep breath and dive in.

The attempt to enforce quarantine measures triggers widespread panic and rebellion. There are poisoning murders of those who would use medical science to support public health restrictions. There are vengeful and bloody uprisings and reprisals (lots of scrapings of the feet of the rebels).

The novel’s vocabulary is uncomfortably familiar: spray pumps, disinfecting corpses, escalating death tolls, incinerating contaminated effects. People are isolated in the Maiden’s Tower or thrown into the prison of Arkaz Castle without proof of plague infection and deprived of their rights. Most die from mistreatment if not from the plague. Such injustices are hardly fictional, given the historical era.

“The state will fix everything”

The control and manipulation of information is one of the novel’s most pervasive threads. With constant “unfortunate news”, the post office is shut down by Major Kâmil, the princess’ former protector (but a man of higher ambitions).

The solution to the threat of receiving unpopular orders from Istanbul is simply to cut the telegraph lines. The new queen of Mingheria complains of unfavorable reports in the French and Greek press and seeks to suppress their publication. If you don’t like the post, cut the source. Sound familiar?

The governor and major actor of Mingheria, Sami Pasha, initially affirms “that there is absolutely no epidemic in our city”. Paranoid and incompetent, he is not trusted now, or later when he reluctantly admits the presence of the plague. ” Do not despair ! The state will take care of everything. »

But the state must reconcile the polarized beliefs and customs of warring factions. The governor knows that the quarantine is perceived by the Muslim population as a “diabolically European invention intended to punish and kill”. In his defense, Sami Pasha has their interests at heart.

“Compared to the island’s Christian population,” he says, “the local Muslim community was poorer, less educated and more disengaged from the rest of the world.” Sami Pasha tries but fails to influence them to take protective quarantine measures “for their own preservation”.

But eventually and perhaps predictably (history repeats itself), he decides “it may be more useful to scare people than to win their hearts” and the much-dreaded Quarantine Squad is brought in to shoot anyone breaking the curfew.

In the ensuing vacuum of governance, rumor, superstition, conspiracy, riot and rebellion surge. Alternately, the governor, major, and sheikh rid themselves of rebels and traitors en route to self-proclaimed and highly promoted positions of power. We witness their horrible corruption, pride and vanity. The main concern of the new (self-proclaimed) president is “to see his own likeness” on the postage stamps. Top secret documents are seized from state chambers to be hidden in a private residence.

The exhausted reader begins to feel that “nothing means anything anymore” (to use a phrase from Stephen Colbert). There is a strong January 6th atmosphere to the events of the novel – whether the insurgency and the propaganda leading its way represent an intentional depiction of history repeating itself.

Distrust of the West is omnipresent. The governor has a watch “with two dials, one showing the European way, and the other the Ottoman way”, revealing his jealous admiration for European fashion, technology, medicine, science and culture, while , to gain popularity, you have to see it as rejecting them.

“If the state collapses”, warns Dr Nuri, “it will certainly be the British who will take over”. Pasha also feared that the island “would again become a slave and colony of another great power”.

Sherlock Holmes – so admired by the Sultan – is a recurring motif symbolizing Westernized deductive reasoning which is the hope of solving both the Bonkowski Pasha murder mystery and the end of the plague.

Although accessible to the general reader, Nights of Plague is more likely to appeal to fans of historical fiction, particularly those interested in the fascinating and geographically spectacular region comprising Istanbul and the islands of Crete, Rhodes and mainland Greece.

The downside of so many diversions and details is the loss of narrative momentum. There are too many convenient deaths. While omniscient storytelling is common in world-building historical and fantasy novels, here the interrupting narrative voice can be disruptive and confusing. The characterization is sometimes hard to believe – and yet despotic sultans, scheming rulers and heroic self-serving revolutionaries existed in the Ottoman era.

No character really earns our trust, except perhaps the devoted Doctor Nuri, on whom we pin our hopes to emerge from the devastation. The female characters – protesting princesses, beautiful crying maidens, long-suffering mistresses – will be disappointing with having no real agency.

What about Nights of Plague? Is it an allegory of the fall of the empire and the rise of the modern Turkish state; a great reflection on the endless tensions between East and West and power, corruption and revolution; or a giant farce of murder and mayhem?

Perhaps, quoting Major Kâmil, Pamuk urges us to explore this question further: has the plague really made everyone “more cowardly, more stupid and more selfish” than they are? Actually ?

How Don learned an important lesson from Roy Orbison