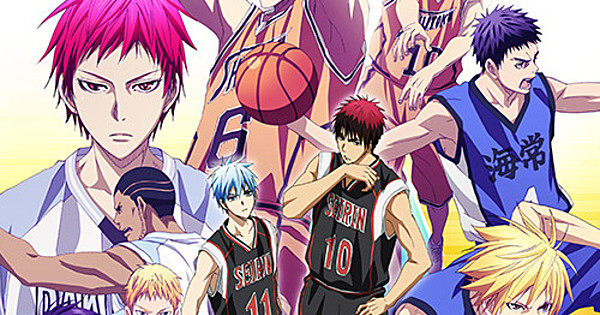 In addition to the compilation films, an animated film adaptation of the Kuroko no Basuke extra game manga is also planned for 2017.

Tadatoshi Fujimaki launched the original Kuroko no Basuke manga series in Weekly Shonen Jump magazine in 2008, and it ended the series in September 2014. Shueisha released the 30th and final compiled volume of the manga in Japan in December 2014.

At the start of the original series, Taiga Kagami had just enrolled in Seirin High School when he met Tetsuya Kuroko from the school’s basketball team. Kuroko happens to be the sixth member of the legendary “Generation of Miracles” basketball team. Together, Kagami and Kuroko aim to bring their team to the Inter-High School Championship against Kuroko’s former teammates.

The original manga inspired three animated television series, in addition to upcoming animated films. Media viewing announced last October that it will be releasing the original manga in 2-in-1 omnibus editions in North America starting this summer.

The Kuroko no Basuke extra game manga is a continuation of the original manga. Fujimaki launched the manga in Go to next in December 2014, and ended the manga last month.