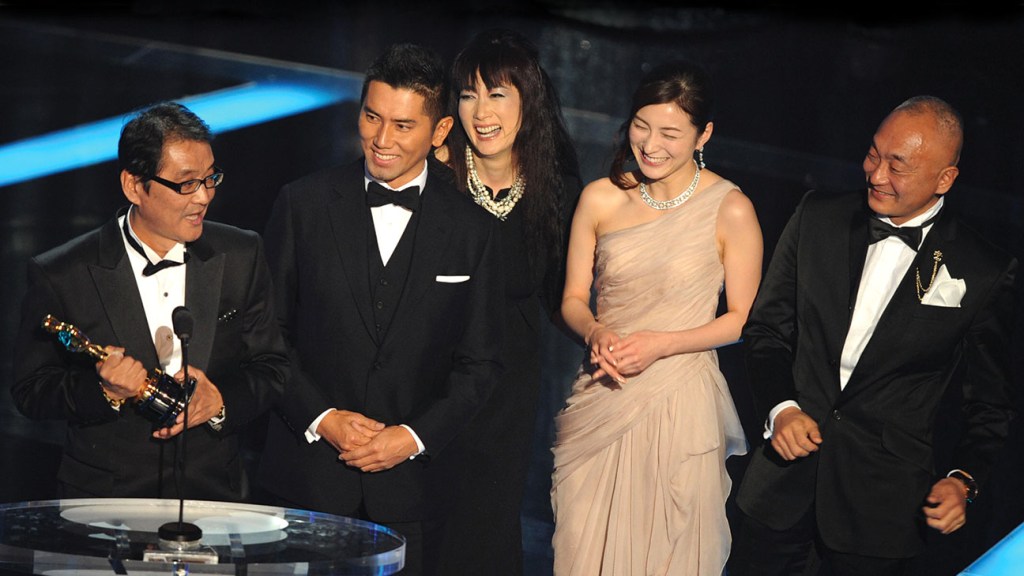 With Ryusuke Hamaguchi Drive my car This year’s favorite for Best International Feature Film, Japan could take home its second Academy Award in this category, formerly known as Best Foreign Language Film. Rashomon (1950), hell gate (1953) and Samurai, the legend of Musashi (1954) received honorary awards before the category was officially introduced in 1956, and Abducted as if by magic won Best Animated Feature in 2003. But departures Was the first.

His victory on February 22, 2009 marked a major upheaval. The favorites that year were those from Israel Waltz with Bashir, a documentary-animation hybrid (a bit like this year To flee) and France Class, about a Parisian teacher. departures, meanwhile, has followed an unemployed cellist who responds to what he thinks is a job offer for a travel agency – but turns out to be an undertaker job that requires him to prepare bodies for cremation. The position makes him something of a social outcast, but he finds out that he really loves her.

The idea of departures comes from its star, Masahiro Motoki, who during a trip to India in the 1990s was struck by a funeral ceremony on the Ganges. The film ultimately took a decade to make, in part because the taboo subject deterred potential producers. Director Yojiro Takita, who cut his teeth in the Japanese soft-core scene “pinku eiga” before entering the mainstream with Comic Book Review (1986), joined the project in 2006.

The film struggled to find a distribution until it won the grand prize at the Montreal World Film Festival, leading it to open on 31 screens in Japan. After his upset Oscar, however, departures expanded to 180 screens, ultimately earning $ 60 million at the Japanese box office, making it the country’s highest-grossing domestic release that year.

In the Oscars press room immediately after the victory, a shocked Motoki – who studied cello and funeral rites for the role – told reporters: “I walked the red carpet as an attache who doesn’t. what to observe the ceremony. Now I wish I had walked more confidently.

This story first appeared in a January issue of The Hollywood Reporter magazine. To receive the magazine, click here to subscribe.