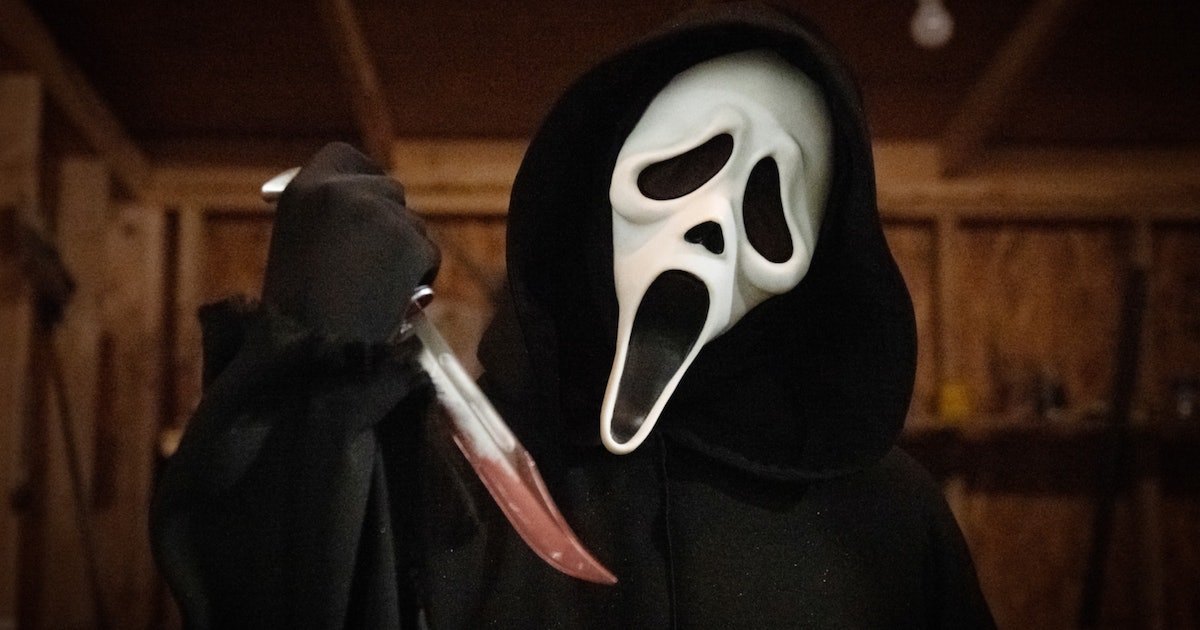 Does the new “cry” justify cinematographic cultures of violence?

In the most recent Scream, the fifth installment in the Wes Craven-created horror movie franchise, the killers confess to ending up on Reddit forums, once erroneously considered relatively harmless spaces on the internet for culture lovers. The confession goes even further in this film directed by Ready or Notby Matt Bettinelli-Olpin and Tyler Gillett and written by James Vanderbilt and Guy Busick. A killer claims, in a desperate apology, that they have been “radicalized” and that “the films made [them] do it.” It’s a reference to a reference, that Russian nesting doll type reflexivity now commonplace for self-aware horror movies, and not least Scream franchise. But at the heart of this joke are questions that have plagued the show and its creator for decades: Does violence in movies (especially scary ones) have a negative impact on audiences? Do filmmakers have an ethical responsibility? What could feed this violent world if not the culture that dramatizes it, perpetuates its stories?

Since every killer in the Scream candor is driven either by authorship or media attention (yes, even in nü-Scream), it is perhaps the technologies of storytelling and documentation that are the ultimate weapon. Cameras and screens are Screamfunhouse broken mirrors. The moralizing axes on which slashers and tabloids vacillate aren’t all that different from each other, positioned more like refractions, shredded and splintered through the technologies through which they’re uttered. Craven and writer Kevin Williamson’s genius is in catching a hungry stare in his films that betrays the voracity of his audience, while engaging himself.

Craven, the man who helped bring Freddy Krueger and ghost face to life, was rather hyperaware of the paradox of violence on screen, even a little frightened. Talk to Terry Gross on Fresh air on his movie The last house on the left in 1980, he expressed both an aversion to looking at such gruesome images himself and an awareness that we as a culture had already been inundated with such effigies of suffering that were no doubt born of the Vietnam War. Such flooding is natural, or to borrow a popular Internet colloquialism, normalized, frequently resulting in an endless back and forth between representations of violence and discourses about violence and its representation. The last house starts with news images, Wes Craven’s New Nightmare features various characters who interview Heather Langenkamp about how horror movies are inappropriate for children, and the original Scream creates an ecosystem of the nocturnal news show. While horror films worked for Craven as a perfectly useful easel on which to reflect America’s identity, there nevertheless seemed to be an angst about complicity in some of his work. In the original version Scream, while smeared with a blood-soaked smirk, Billy Loomis (Skeet Ulrich) hisses to late girl Sidney Prescott (Neve Campbell), “Movies don’t make psychopaths, movies make psychopaths more creative.” While, in a favorite culture war argument, that might absolve horror movies to some extent, is Billy’s claim that they “make psychopaths more creative” the director’s nervous concession?

This nervous guilt can be felt throughout Wes Craven’s New Nightmare, which laid the foundations for Screamthe self-reflective framework of. Like the cast of the original freddie is drawn into filming a reboot (or, like the new Scream would call it, a “requel,” a portmanteau of “reboot” and “sequel”), bodies begin to pile up on set, and the scars of Reagan-era angst about the influence of culture on “kids” begin to open up and bleed again. Additionally, Langenkamp, ​​who played Nancy in the original, finds herself caught between not just the hustle and bustle of returning to the role that made her famous (or rather, should have), but negotiating the trauma from to be Nancy and its possible hereditary implications. Her son sleepwalks, she has night terrors in which Freddy (Robert Englund) has come to claim her son, and the dream world that Wes exorcised from his subconscious invades the “real world.”

current through New nightmareis the fear of losing control of one’s image, and that the horror director as author is responsible for the madness of that image. As Craven, playing himself, attempts to trick Langenkamp into taking on the role and, thus, defeating evil for good, he invokes the power Nancy had in the original film. Langenkamp protests, exclaiming, “But it was Nancy!” It is an effort to distinguish between the performed and the authentic, the real and the imaginary. Craven retorts, “But it was you who gave Nancy her strength.” Here, there is no difference between character and actor in cinema, because it is impossible to separate the two. This reinforces the tensions of ambivalence in the film: a storyteller feels guilty for unleashing evil and the only way to contain it is to portray it again, even at the risk of sending his star to hell again. In New nightmare, just as Langenkamp and Nancy merge, its function both as an individual and as part of a larger culture, which has become convinced that it must continually relive and re-narrate cultural trauma in order to to affirm and process its existence.

Although Craven exists as his own character in the film, it’s hard not to see some of the reluctance we feel through Langenkamp’s eyes as being in Craven’s DNA as well. In the talk show in which she is asked about the effects of violent horror films and children, Englund as Freddy, hijacks the interview and stands on stage, filmed from behind, the camera capturing the striking figure and hypnotizing Freddy extending his arms and seducing the audience with the incantation of “You are all my children!” She looks troubled. Again, that’s what fans are looking for. Bob Shay, then head of New Line Cinema, appears as himself in a scene where he kicks off this diegetic reboot, saying, “Fans, God bless them, they’re crying out for more.” I guess evil never dies, right?

Gene Siskel accused New nightmare to be the same old “bleeding,” but this film revolves around the world of Hollywood, both remote and too entangled in a world that has created a culture of violent images. We can think of Scream‘s Woodsboro, then, like Suburban Anytown, USA, where local news can, if salacious enough, become national entertainment. The combined murders of Sidney Prescott’s mother and the ensuing high school bloodbath set Screamcharacters in a dialectic between horror as exploitation and nightly news media as exploitation, and the degree of influence of one on the other. When Scream begins, Sidney is already the subject of intense scrutiny, and as a parasite Gale Weathers (Courteney Cox) follows the “story” that keeps Sidney caged with each subsequent film (despite being a main player in all the movies, calling her Sidney’s friend always felt kind of dodgy to me), her trauma becomes a feedback loop that’s bought, repackaged, sold, and franchised.

The terror of the real world as it slips between fiction and sensational “fact” hardens into a sort of primary language for the franchise’s characters. Horror movies and their tropes, and the news media and his clichés are the lenses through which they understand their lives, whether it’s the doomsday connotations of uttering “come right back” or the easy careerism of writing a book about a local tragedy and making one name.

This quasi-indictment and scrutiny of culture-maker complicity is most explicitly sketched in Cry 3, which brings the gang to Hollywood. While a new Stab movie (the horror franchise based on the life of Sidney Prescott and the Woodsboro Murders which is introduced in Cry 2) lands in the purgatory of a halted production due to another killing spree, the fake Prescott house is revealed to be built on cursed land. The Roger Corman-esque producer of the Stab movies, John Milton (Lance Henriksen) turns out to be a mold-breaker Harvey Weinstein (who produced the first four installments of the Scream franchise). It’s not the first nor the best film to betray the scintillating image the dream factory has made for itself, but it’s quite unique in its assertion that a twisting spooky landscape is happy to create fictions at its own own image for profit.

If the most recent Scream fails, it is in its sufficiency and in the erroneous assumption that intelligence can absolve an inability to elaborate more deeply the existing thematic and conceptual foundations. A reference to a reference or tail-fed snake isn’t enough to distract from an inherent unease about how the film was meant to come about. somewhere, and not just in the context of sequels, reboots or “requels”. There’s a little twist on the Hollywood machine’s lack of originality and titled fandoms, but the fifth Scream does not understand or care enough to be genuinely afraid of the culture in which it exists. He’s not afraid of the world or the technologies that created him in the first place.