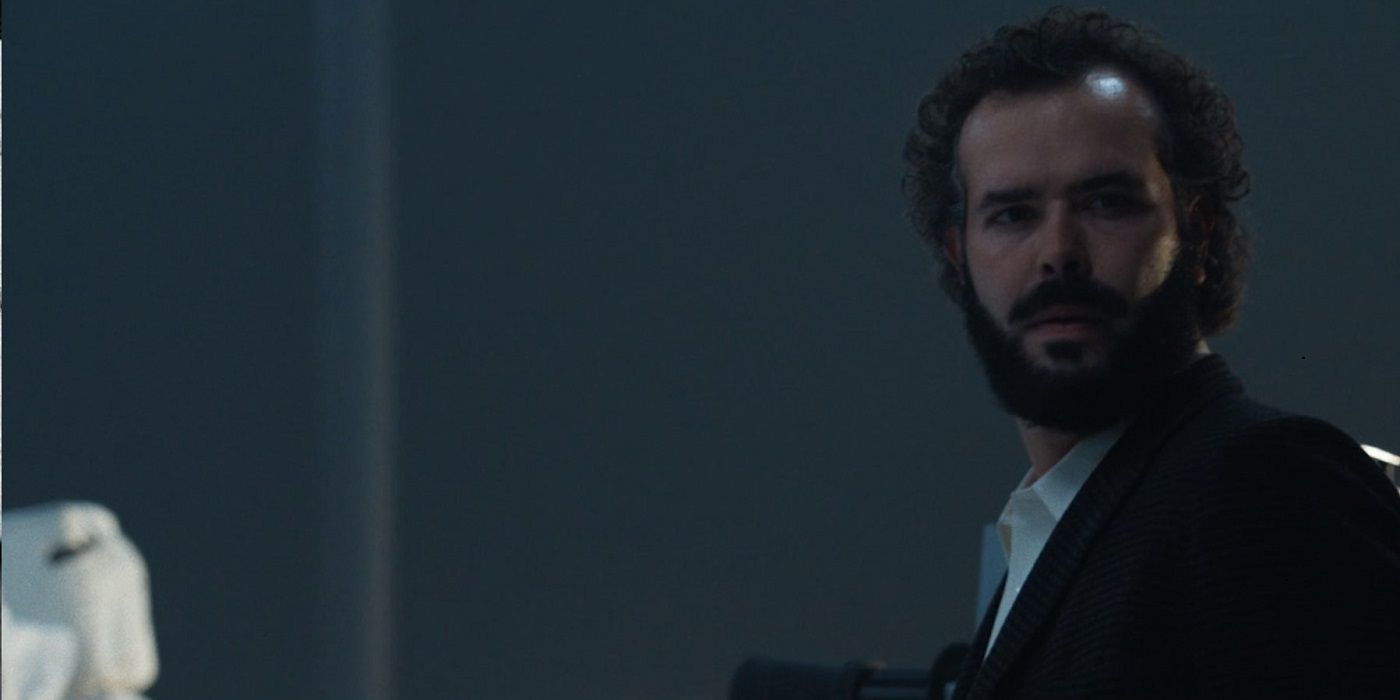 American Horror Story loves using urban legends. Its latest is a long-standing myth about Stanley Kubrick and the lunar landing in Double Feature.

Amid the cornucopia of urban legends, tabloid fictions and conspiracy theories from which American Horror Story has crafted its narrative in Double Feature, a new wrinkle has emerged. Season 10, Episode 9, “Blue Moon,” depicts a suitably bizarre piece of mythology in its final act. According to the story, the lunar landing was faked, shot at Area 51 in 1969 under the direction of the legendary Stanley Kubrick. It’s a wild turn in a season full of them, but it doesn’t come from out of the blue. Not only have conspiracy theorists touted a fake lunar landing almost since the event took place, but many of them place Kubrick at the heart of it.

The director was considered a recluse in real life, and the intricate nature of his films gave rise to a number of strange stories. Not all of them concern the events of American Horror Story, though they touch on many of the same ideas. For example, the director’s unexpected death in 1999 – officially a heart attack in his sleep – has fueled unfounded speculation about someone silencing him before he could reveal some great secret. But it’s enough to the rumor mill to generate some outlandish stories, which is all the excuse the show needs to dive in.

That’s in keeping with Double Feature‘s trend of famous people like JFK and Marilyn Monroe disappearing or being killed after threatening to reveal the show’s big secret to the world. That pales before American Horror Story‘s primary use of Kubrick, playing a key part in a colossal conspiracy to keep the public in the dark. According to the show’s explanation, the horrifying deal President Eisenhower signed with the extraterrestrials – giving them permission to abduct and experiment on American citizens in exchange for technology – required the lie. By the ’60s, the US public began experiencing huge leaps forward in technological development. With the space race on, driven by JFK’s real-life promise to put a man on the moon by the end of the decade, all those advancements are bound to draw suspicion without commensurate advancements in outer space. Hence, the need to stage the lunar landing.

“Blue Moon” reveals the details as part of Calico’s abduction in 1969. After spotting Neil Armstrong and Buzz Aldrin in the corner of the bar where she works, when they’re supposedly in outer space on their way to the moon. She slips them a few drinks and gets the whole story out of them. The whole thing is being faked nearby. It results in her abduction and routine impregnation – without aging for the next 50 years. When she first awakens in Are 51, she stumbles on Kubrick and the “astronauts” preparing for a shot.

The image, brief as it is, draws heavily from the urban legend about Kubrick and the moon landing. The theory isn’t based on much. 2001: A Space Odyssey, which Kubrick made in 1968, contains a still-convincing sequence on the moon, where humans uncover the film‘s famous monolith and the mystery on Jupiter. If his fake lunar sets were so convincing, who’s to say he couldn’t use them to stage an “authentic” landing on the same sets?

As thin as the evidence is, the theory has held up. It’s even spilled over into Kubrick’s subsequent film, The Shining. As detailed in the documentary Room 237, theorists believe that images like Danny Torrance’s Apollo 11 sweater and the infamous haunted room number being changed to match the 237,000 miles between Earth and the moon point to the fake lunar landing. As such, it helped feed the stories that American Horror Story takes advantage of in its most recent episode.

Faked moon mission stories aren’t limited to Kubrick. The movie Capricorn One, for example, explores the idea separately from the rumors about the famous director. But with the second half of Double Feature rife with celebrities and historical figures in the middle of its alien abduction plot, including Kubrick in the twist simply makes sense. American Horror Story is already deep in the realm of pure fiction, so adding another urban legend to the list shouldn’t hurt its standing, even among Kubrick fans.

A native Californian, Rob Vaux has been a critic and entertainment writer for over 20 years, including work for Collider, Mania.com, the Sci-Fi Movie Page, and Rotten Tomatoes. He lives in the Los Angeles area, roots for the Angels, and is old enough to remember when Splinter of the Mind’s Eye was a big deal.