The festival of documentaries, short films and animated films concluded with a grand closing ceremony in the presence of the main guest and governor of Maharshtra, Bhagat Singh Koshyari.

The Dutch film “Turn Your Body to the Sun” won the Golden Conch for best documentary at the festival.

This edition had many firsts, including being the first edition to be in hybrid mode. The festival has recorded an overall attendance of 9,000 so far with around 5,000 filmgoers registered as delegates, including 1,400 students. Bangladesh was the “country of focus” this year in commemoration of its 50 years of independence and 11 films from the country were shown during MIFF 2022.

“Many films are quite inspiring; we should try to express what is inside of us and inside of society,” Chief Guest and Maharashtra Governor Bhagat Singh Koshyari said in his speech. “Regardless of the festival, be it Cannes or MIFF, the idea behind such festivals is to recognize talent – directors, producers, artists,” he noted. He also suggested that this festival should become an annual celebration instead of keeping it biennial as it is now. Prominent filmmaker and guest of honor, Shyam Benegal appreciated non-feature filmmakers saying they are driven to make films that usually don’t have an audience unlike mainstream films. “When you make a documentary or a short film, you don’t have a guaranteed audience unlike a feature film; you make a short film because you are totally motivated; the inspiration to make the film has to come from within,” he cited as the reason why MIFF is a unique festival. “It’s the most wonderful part of this evening because these filmmakers are clearly motivated to make their films. It’s something pure about it, which I think is the essence of the film,” said he added.

Benegal also mentioned that making short films or non-feature films is not only a challenge, but also the most creative form of filmmaking. He said this as an artist or a painter – who was not ordered to create a work of art but still creates. “That’s the most admirable part of shorts,” he added.

“It’s wonderful that we have this festival, and we recognize wonderful filmmakers by giving them a forum to show their films,” he remarked.

President of the Jury of the MIFF 2022 Internal Competition, Mina Rad shared her experience as a representative of the International Jury. she said, “The Films division has become a solid platform and marketplace for films. During these seven days, the enthusiasm and the determination of the moviegoers to watch the films, to discuss them, to discuss with the confirmed filmmakers, were admirable. The quality of all the films was very good,” she said. “The entire MIFF team is well organised. Congratulations to those who got the award, good luck to those who didn’t, your work was also excellent,” she said. She further hoped that this festival would be held every year.

The president of the jury of the MIFF 2022 National Competition, Sanjit Narvekar, spoke on this occasion. He said: “As a jury, we have had the opportunity to see some of the best documentaries, shorts and documentaries in the country. We saw a total of 67 films. We’ve seen a sea change in the way shorts are made. He lamented that the number of documentaries is low. He also said that the number of films made by the students was only five, which was disappointing. He offered to increase it. There was a separate section for student films in the past, he suggested reopening it 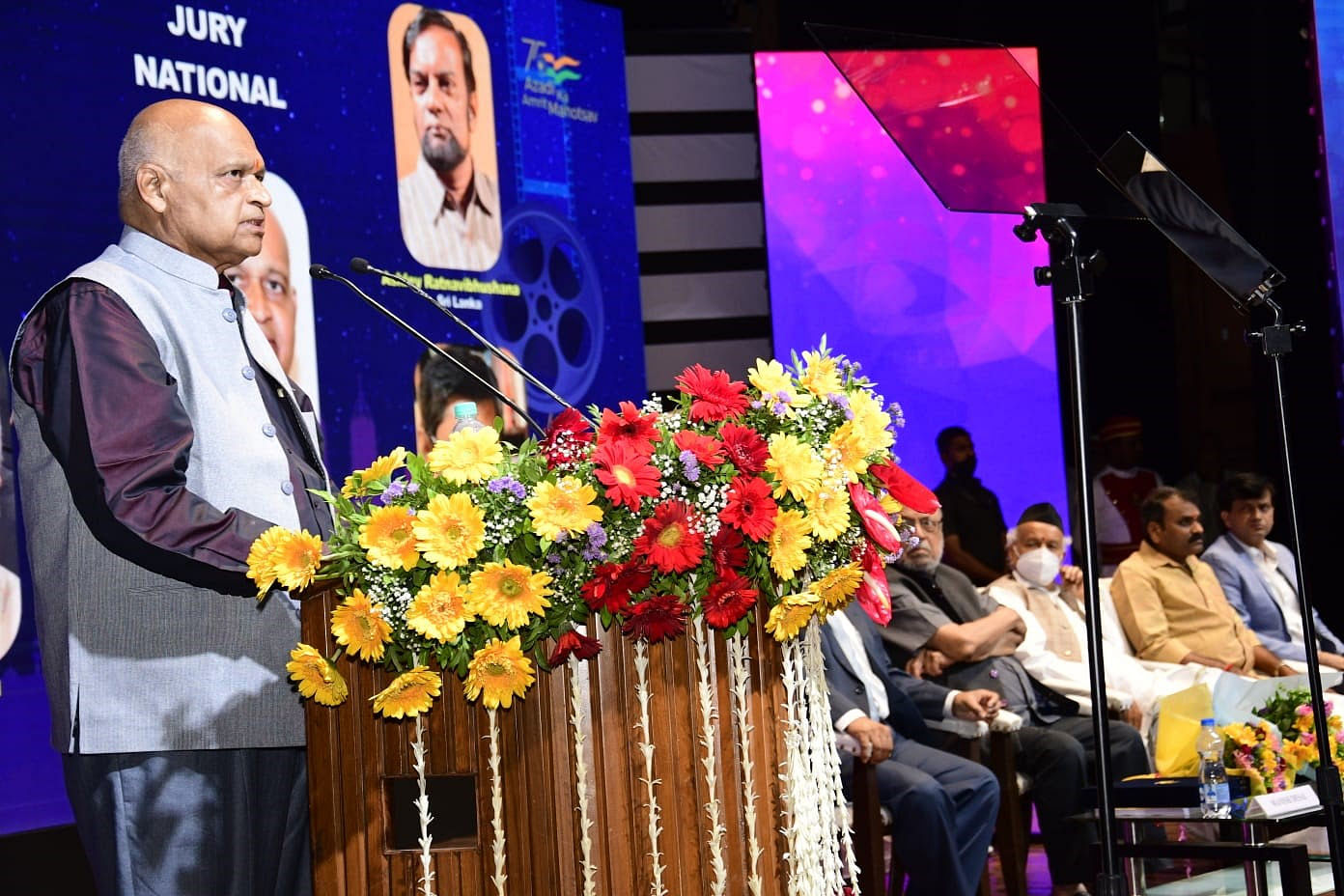 Minister of State for Information and Broadcasting – Dr. L. Murugan congratulated the winners of MIFF 2022 and said, “These shorts don’t need 18 reels and 180 minutes to communicate with viewers, but they encapsulate a very big message in their. Nor do they rely on superstars and box office gimmicks. Every person who works in a documentary film is a superstar. 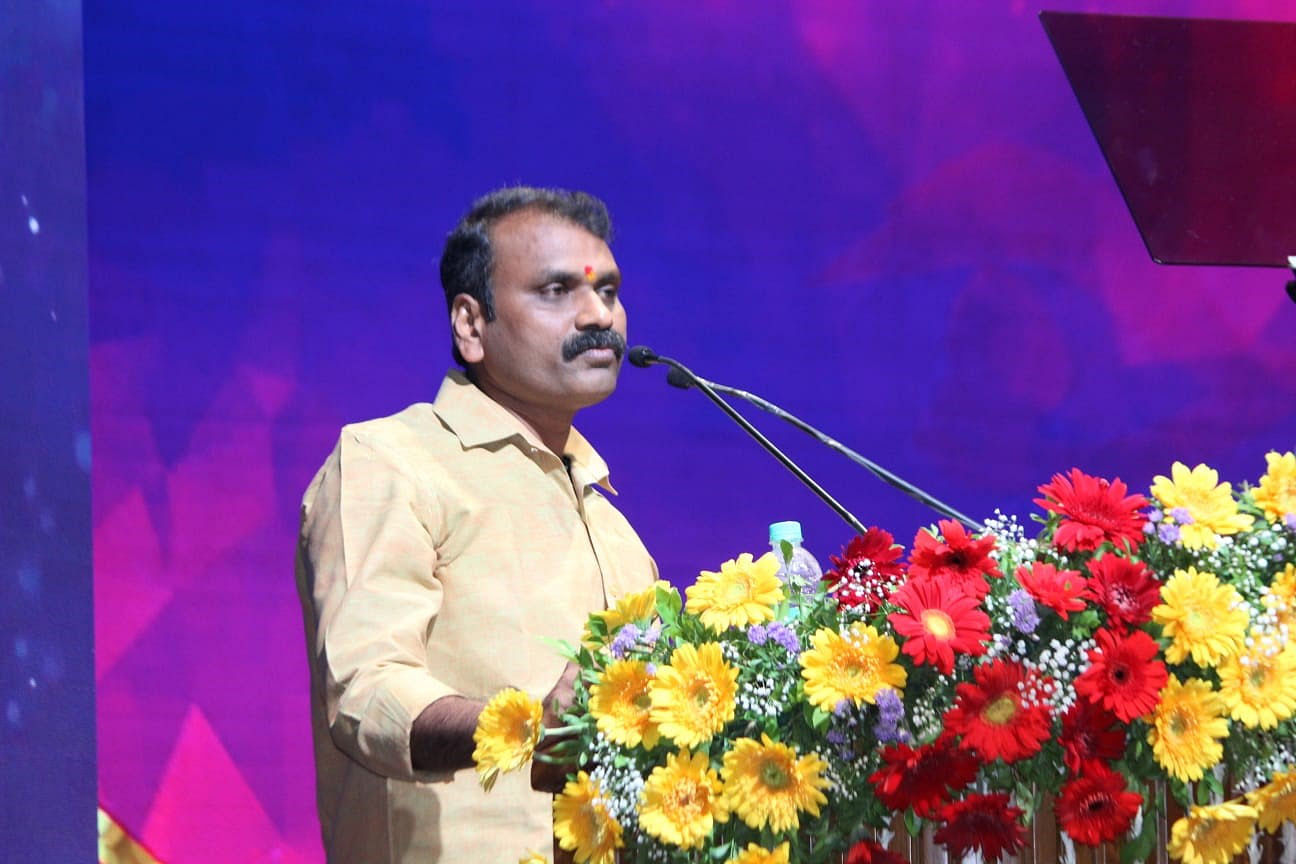 He also informed that the M/o I&B spares no effort to help Indian cinema grow and travel from local to global. “We are walking the path set by our visionary leader Narendra Modiji, who gave us the mantra of ‘Reform, Perform and Transform’,” he said.

He also appreciated the efforts of staff and officials to make the festival a success.

The Secretary of the Ministry of I&B, Mr. Apurva Chandra said, “The 17th edition of MIFF has been a week-long celebration for documentaries, short fiction films and animated films and received a overwhelming response from audiences and moviegoers in its post-pandemic edition.” He went on to say that the Ministry of I&B would endeavor to continue training budding filmmakers across India and giving them the best facilities and platforms for them to excel.”

Additional Secretary, M/o I&B, Mrs. Neeraja Sekhar, was delighted with the success of the 17th edition of the MIFF. “India is celebrating Azadi Ka Amrit Mahotsav and carrying out various activities along with it. I am happy that it is a great success. She also congratulated the winners and applauded the diversity of content in the edition. “We really appreciated the diverse content of every filmmaker,” she said. She also noted that “MIFF will come back in a bigger way. I hope the public will continue to support all films and filmmakers. “I am happy that MIFF 2022 was loved and appreciated by all, in particular it was heartwarming to see young audiences come to enjoy the documentaries and short fiction films, it is a pleasure to know that more than 12,000 people attended the festival,” Ravinder said. Bhakar, Managing Director, NFDC India and Director, MIFF while presenting the highlights of the Report of the Festival. He also assured, “We will try to make this festival even bigger and support filmmakers in the best possible way,” he added. “This year our goal at MIFF 2022 was to create an eco-sphere for the documentary market which is mainly dominated by feature films and web series and we took a giant leap. Another effort was to connect the industry and the market and we ensured it by organizing masterclasses by eminent personalities such as Resul Pookuty, Prasoon Joshi, Regina Pessoa.

The director also mentioned the home screening of Ramayana: The Legend of Prince Rama which was screened during the festival. “The kind of enthusiasm that moviegoers showed was incredible,” he remarked.

Best Documentary Award: Golden Conch for the Dutch film, “Turn Your Body to the Sun”: 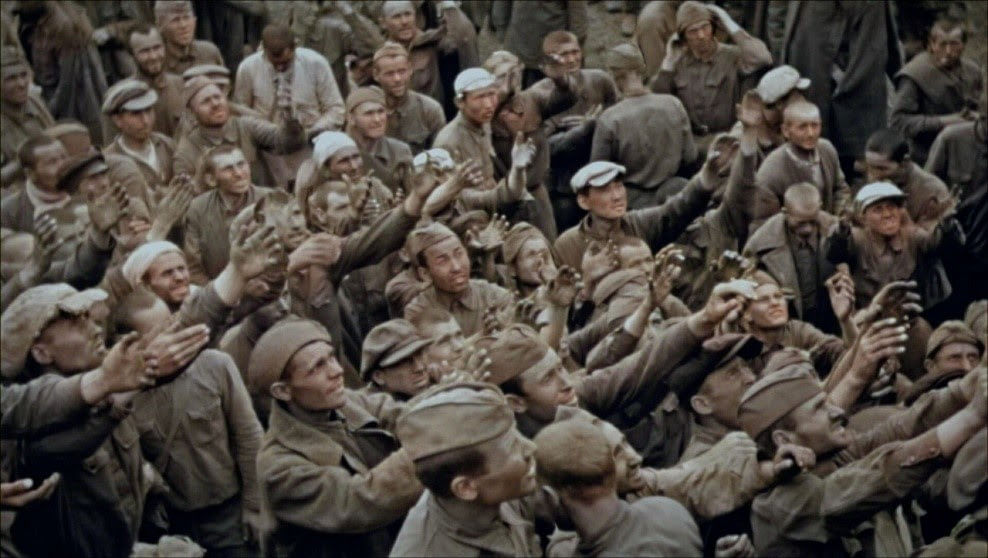 The Dutch film “Turn Your Body to the Sun” by Dutch filmmaker Aliona van der Horst chronicles a daughter’s determined quest to retrace the path of her father, a prisoner of war during World War II. The film highlights the incredible story of the life of a Soviet soldier of Tatar origin, captured by the Nazis during the war.

This film was screened as the closing film of the festival.