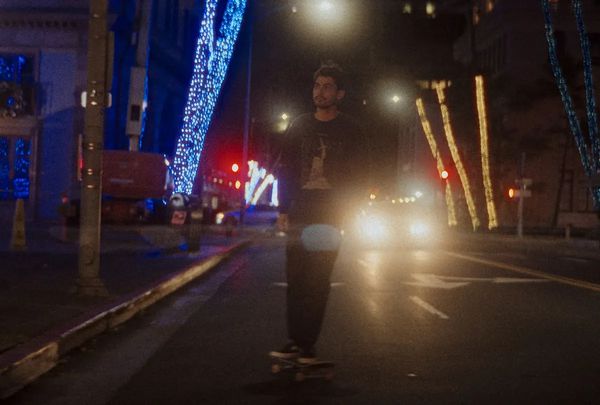 We may be in year two of a pandemic, but you’d be hard-pressed to notice him in terms of his presence on film, with most directors preferring to pretend he doesn’t exist. It’s a welcome change, then, to see director Alika Tengan incorporate the realities of the situation we’re all living through into his film — just one of the things that makes this snapshot of life on the Hawaiian island of O’ahu relatable.

Tengan made waves with his short film Moloka’i Bound, the feature version of which made the newly inaugurated Indigneous List blacklist and although this film has the vibe of something made with friends in the meantime , his authenticity and his ear for dialogue continue to bode well for the future. The understated narrative – which is a docufiction hybrid very much in the tradition of mumblecore – simply invites you to hang out with it even if it’s so casual at times it threatens to go horizontal. Still, it’s actually quite soothing to ride the skateboard a mile or two with Naz (Naz Kawakami, who co-wrote the screenplay) as he prepares to leave Hawaii for New York.

As Naz begins to pack up his life, handing over his DJ job to another guy, giving away some of his stuff to friends, and engaging in long conversations about how he’s going to beat his cat on the plane, we feel this sense of being torn between the comfort of the familiar and the potential of the unknown. People who live outside of the big cities or in more isolated places might just get the idea of ​​the energy needed to pack up and move. His friends are betting against him leaving, when it looks like his girlfriend Sloane (Rina White) – theoretically the catalyst for the move – is actually going to get cold feet. It’s not the postcard side of Hawaii you might expect, with the surf swapped out for skateboarding and the sun for a more nocturnal vibe – something that would make it a good companion to the Cane Fire documentary.

The slow-paced nature of it won’t suit everyone, but there’s a warm ebb and flow in Tengan’s snapshot of a life in motion, reinforced by a strong sense of belonging and emotional truth.

Documentary “2nd Chance” acquired by Showtime Out of Sundance – Deadline