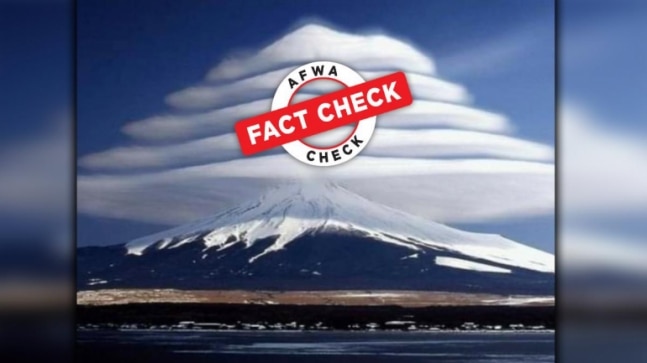 Social networks have often enlightened us on the mysterious paths of nature. Whether it’s rocks, forests or clouds, Mother Nature has always captivated us with her creations.

India Today Anti Fake News War Room (AFWA) discovered that it was a retouched photo. The actual image was taken by a Raymond R Carr in 2005. In the actual image, only one layer of lenticular cloud can be seen. The other layers were digitally added into the viral image.

Using the reverse image search, we found the original image, which was posted by a Raymond R Carr on his Flickr account on March 15, 2005. The caption with the image reads: “Just an interesting cloud formation that has formed over Fujijama looks a bit like the hats some rice farmers wear.” By comparing the original and viral images, one can easily spot the differences. In the original image, a single layer of lenticular cloud can be seen, while in the viral image, multiple layers of clouds have been digitally added.

We also noticed that the original photograph has been flipped horizontally in the viral image so that it looks different. Identical ice sheet formation can be seen on both images but on opposite sides because the viral image has been inverted. 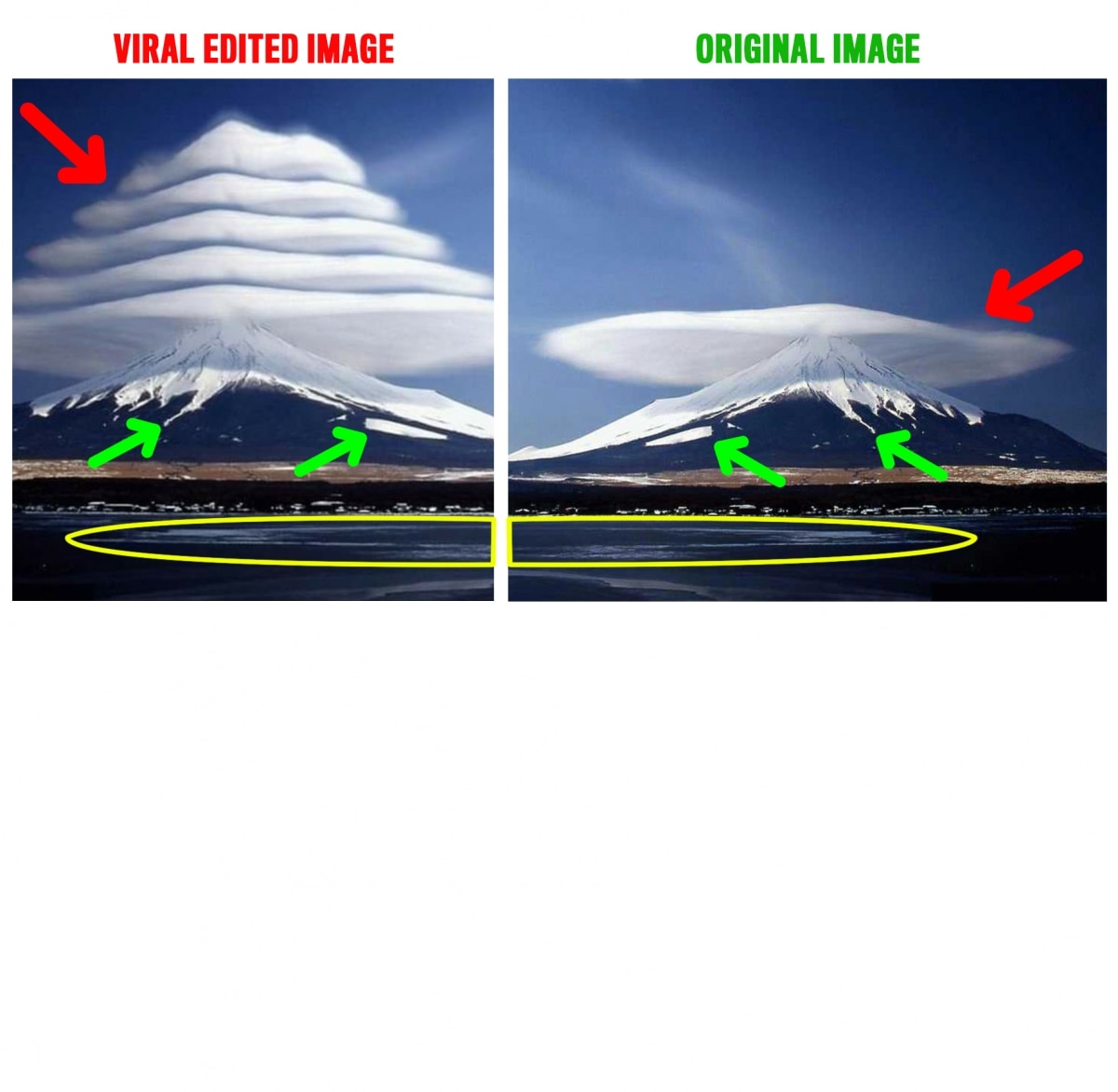 Lenticular clouds look a lot like the traditional flying saucers in science fiction. These strange, unnatural lens-shaped clouds form when the air is stable and winds blow over mountains from the same or a similar direction at different heights across the troposphere.

Mount Fuji, also called Fujiyama or Fuji-san in Japanese, is the highest mountain in Japan. With a height of 12,388 feet, it is located approximately 60 miles west of Tokyo. It is an active volcano but dormant since its last eruptions in 1707.

The formation of lenticular clouds over Mount Fuji is a familiar natural occurrence. Several Getty images show lenticular cloud formations above this mountain. These images can be seen here and here.

But the viral image is not real and was created digitally. ClaimLenticular clouds over Mount Fuji in Japan. ConclusionThis is a retouched photo. The actual image was taken by a Raymond R Carr in 2005. In the actual image, only one layer of lenticular cloud can be seen. The other layers were digitally added into the viral image.

The number of crows determines the intensity of the lie.