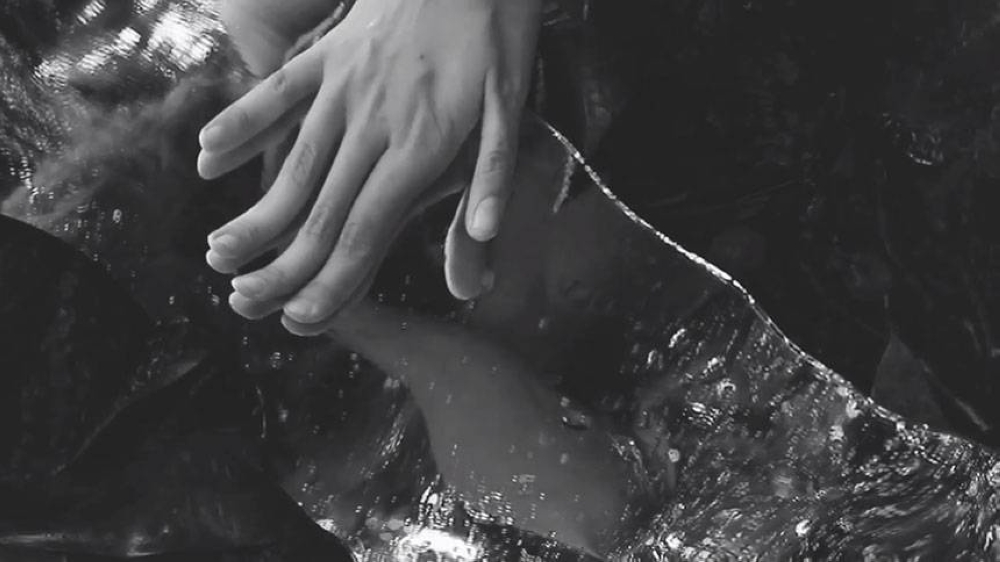 In the film, a teenage girl (Joyce Macalia) finds a broken mirror as she walks through the forest. Driven by curiosity, she touches it and discovers the one thing she has been trying to escape from all her life.

“The exploration of one’s identity is filled with challenges and mystery. Despite the uncertainties filled in such a phase, what I would like to emphasize is the beauty not only of the aftermath but also of the in-betweens before to get to the end of the road,” Tavas shared in his manager’s statement.

“It is particularly reflective of what I have been through, especially in regards to my sexuality. Given the prejudice and judgment that my 12 year old self faced, I could not cherish the moments before such a discovery” , the FIRE Communication student revealed.

In “Waltz of Qualm”, a teenage girl finds a broken mirror as she walks through the forest.

“So to compensate for that, I opened myself up to all circumstances and have now lived my life as it is now – filled with caring and free from the perception of others,” he added.

Patrick Pangan’s “Hiraya” and “We Were Never Really Strangers” also made it to the SineDisipulo X Film Festival hosted by Cinemata of San Carlos University in Cebu.

Like Tavas, Casasola, Cabarrubias, Del Castillo, Capio and Pangan are FEU communication students in the Digital Cinema stream and members of the FEU Film Society, the university’s film organization.

Tavas and Pangan also have other films officially selected to be part of the 14th Cinema Rehiyon Film Festival, a flagship project of the National Film Committee under the National Commission for Culture and the Arts (NCCA).

Besides “Waltz of Qualm”, Tavas’ other films “Sila-Sila” and “Diva, Divine?” were also screened at the Hybrid Film Festival held online and in Davao City to celebrate National Arts Month.

“Sila-Sila” is Tavas’ first experimental film project while “Diva, Divine?” is a documentary that focuses on the life of Angelica Mapanganib, an artist and contestant in the gay beauty pageant or “beauconera”.

Pangan’s other film “Shapeshifters” was also screened at the event, which ended on March 31. It discusses extrajudicial executions through Filipino folklore.