Brown Girls Doc Mafia is an initiative that advocates for more than 4,500 non-binary women and people of color working in the documentary film industry around the world. We fight inequalities by building community and sharing resources, nurturing our creative genius, demanding access and visibility in creative and professional environments, enriching our community with the knowledge needed to support us financially, and removing the oppressive industrial structures to defend our members.

Rintu thomas is an award-winning Indian director-producer whose work is supported by the Sundance Institute, Chicken & Egg Pictures, IDFA, SFF Film Fund, Doc Society, Tribeca Institute, Finnish Film Foundation and Bertha Foundation, among others. Over the past 10 years, Rintu’s films have been used as advocacy tools for social impact, included in university curricula and exhibited around the world in spaces such as the United Nations Conference on climate change and the Lincoln Center for Performing Arts – becoming catalysts for new conversations. . She is a Sundance and Japan Foundation Fellow. Sushmit Gosh is an award-winning Indian director and cinematographer whose work has been supported by the Sundance Institute, Tribeca Institute, Doc Society, SFFFilm Fund, IDFA, Bertha Foundation, Sorfond and Finnish Film Foundation, among others . In 2009, Sushmit co-founded Black Ticket Films, a production company invested in the power of storytelling. With a keen eye on social justice stories, Black Ticket Films’ award-winning roster of films is used as advocacy, impact and education tools by institutions around the world. In preparation for five years, WRITING WITH FIRE is the first feature documentary by Rintu Thomas & Sushmit Ghosh. The film has appeared in over 90 festivals and won 17 international awards. Married for six years, Thomas & Ghosh live between New Delhi and the mountains and, in their free time, enjoy exploring quaint bookstores. 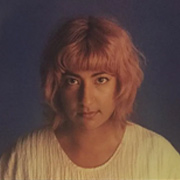 Farihah Zaman is a queer Bangladeshi-American filmmaker, critic, educator and curator whose award-winning work has screened at Sundance, Toronto, New York Film Festival, Tribeca Film Festival, South By Southwest, and more. His first feature film was REMOTE AREA MEDICAL, followed by THIS TIME NEXT YEAR, and the hybrid doc-fiction FEAST OF THE EPIPHANY, as well as several short films (KOMBIT, NOBODY LOVES ME, AMERICAN CARNAGE, and TO BE QUEEN, which is part of of the Emmy nominee New York Times Op-Doc Series From here to home). She produced the Sundance award-winning Netflix original, GHOSTS OF SUGAR LAND, which was shortlisted for the 2020 Oscar nominations. Zaman wrote for Reverse shot, Movie Commentary, She, Huffington Post, Filmmaker Magazine, and AV Club, among others, and her diverse experience in the film industry includes roles at independent distributor Magnolia Pictures, IFP, The Flaherty Seminar, and as production manager for Field of Vision, founded by Laura Poitras, where she worked with artists like Garrett Bradley, Lyric Cabral, Steve Maing and Ramell Ross on films eventually released to Atlantic, The New Yorker, Buzzfeed, Vice, Wired and more. Zaman supports other filmmakers and the documentary community through equity-focused collectives like Beyond Inclusion and Brown Girls Doc Mafia, where she is Director of Grants and Programs, and various teaching and mentoring roles over the years. years at SVA, NYU, Uniondocs, NYFF Critics Academy, University of Iowa and others. She was Documentary-in-Residence at Bard College 2018-2019, was named one of the Top 40 Filmmakers Under 40 by Doc NYC, and is a Fellow of the Documentary Branch of the Academy of Motion Pictures Arts and Sciences.

17 reasons to watch the Beatles: the documentary Get Back

“Journey of Warriors” worldwide broadcast, illustrating the most difficult expedition