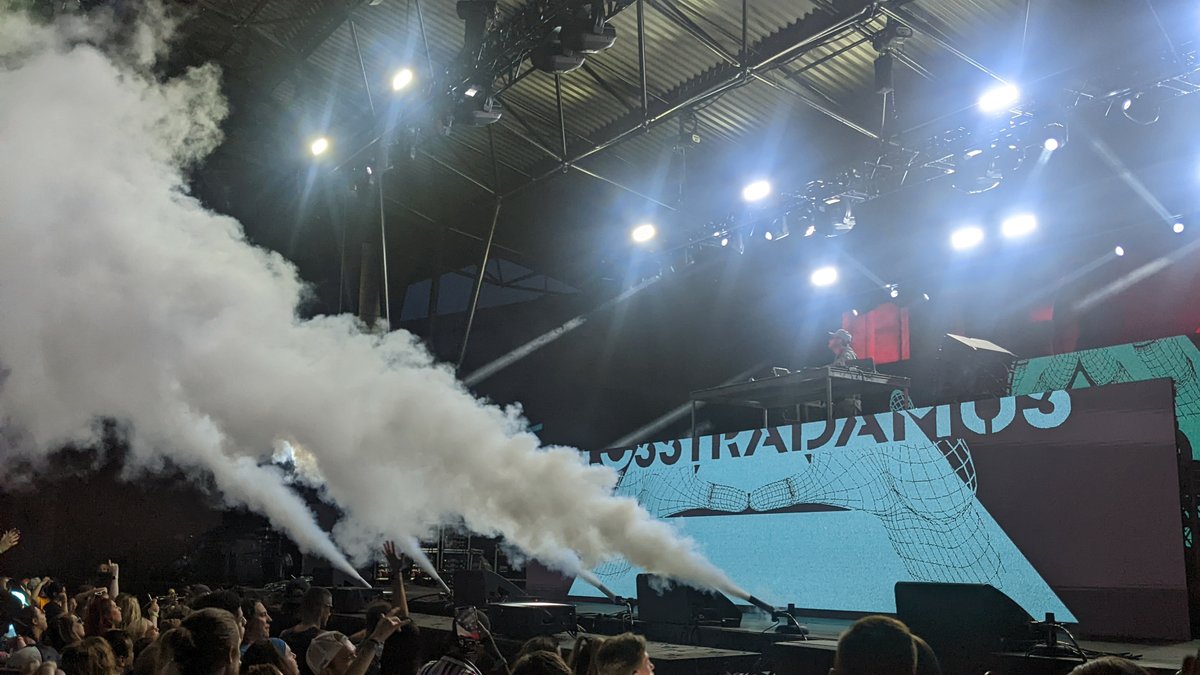 Highlighting nuance in a DJ EDM set is sometimes like explaining which color of M&Ms tastes best to you. The DJs who can show you their differences, however, are the ones who stand out. On Friday night, veteran producer and DJ Flosstradamus did just that.

As the sun set on the Summerfest grounds, crowds packed in for the Chicago-based artist’s 8 p.m. set, which is now down to a solo act after a 2016 split from musical partner JK2. In the decade leading up to this split, however, Flosstradamus was known for being one of the initiators of bringing hip hop trap music into the electronic music world, and Friday’s set reminded you of that. . Perched atop the Oasis riser that hosted Steve Aoki the night before, Flosstradamus took things in their own direction, incorporating elements of dubstep, house, drum and bass and more into 90 minutes of near-nonstop music. . Along the way, he would taste everything from hit rapper OG Maco to the Crazy Frog version of Harold Faltermeyer’s “Axel F” popularized in the movie. Beverly Hills Cop, and it would all land with an Oasis crowd that heavily skewed the younger side of things. After over a decade in EDM, Flosstradamus is an expert at moving crowds at this point, and they most certainly have.

The DJ’s specialty, however, is all things heavy bass. No matter where Flosstradamus went musically, there was a tried-and-true bass drop accompanied by steam cannons that followed. Thursday night could get particularly heavy at times, often including a fake outing, where he teased a big bass drop, only to continue building the beat, only for an even heavier drop to arrive. Fans rushed to the tracks, and those who couldn’t screamed and moved with each twist and put out the nearly constant beat.

While trap as a subgenre is really only 15 years old, there were a few Friday night elements where Flosstradamus showed signs of the early days of his career. Remixes by boring rappers like Chicago’s Chief Keef and Shouse’s “All I Need” have garnered particularly strong reactions from the crowd, and while tracks that are five years after their release may not be not considered old elsewhere, consider that might have been a quarter of the average age of Oasis fans on Friday. The great remixes felt just a bit removed from the contemporary, but also played like a playlist of what a greatest trap hits compilation might sound like. Always master of his craft, nothing remained in the mix for more than a minute, navigating from one remix to another with ease.

While Dillion Francis would continue to headline the Miller Lite Oasis later that night, Flosstradamus did the work that the first half of a double-headlining bill needs; get the crowd up and keep it there. Mere minutes separated one DJ from the next, and for good reason, as Flosstradamus left the stage Friday night with the absolutely buzzing Oasis crowd.

Allen Halas is a lifelong Milwaukeean and has been in and around local music for over 15 years. He is an avid fan of the Milwaukee Bucks and a general supporter of everything the city has to offer. Find him on social media: @AllenHalas.