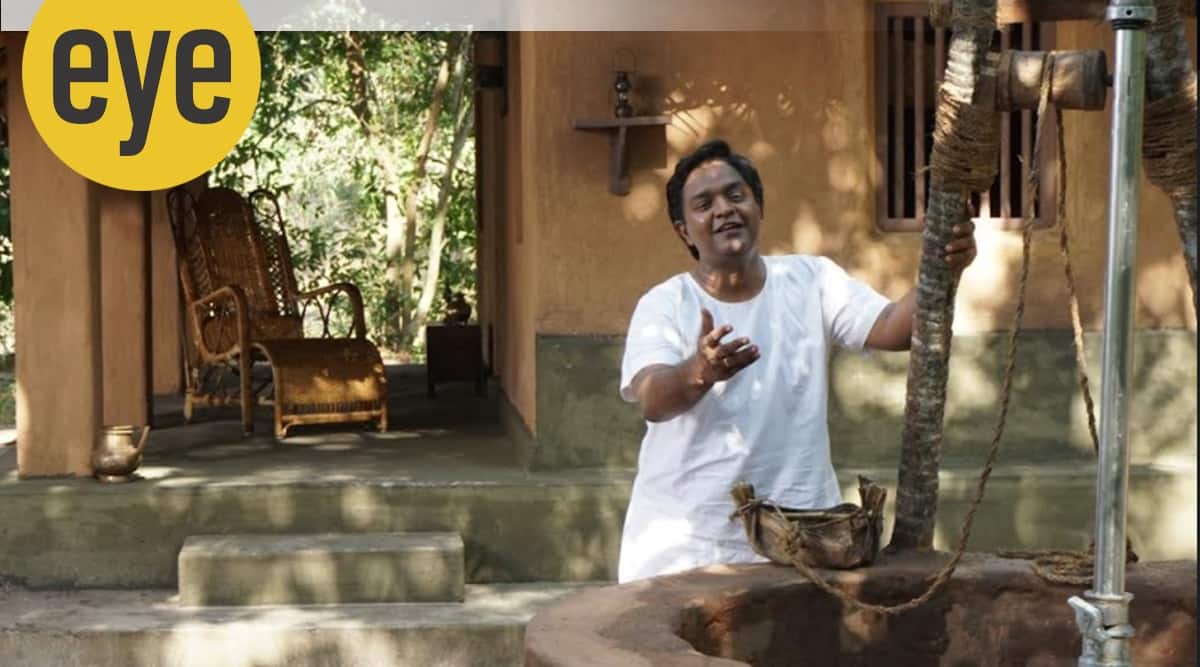 A notebook in which his older brother, KP Narayanan, had copied Kumaran Asan’s poems was the first introduction of the famous director KP Kumaran, at the age of 10 or 12, to the poet who transformed Malayalam poetry over the last century. Asan has been with Kumaran ever since. At 84, Kumaran has lost count of the number of times he has read the poet. Over time, Asan has only grown in the eyes of Kumaran, a great Renaissance figure whose life as a social activist and poet has few parallels in modern Kerala history.

Asan is arguably the most important malayalam poet of the last century and one of its greatest writers. Gramavrikshathile Kuyil (The Koel on the village tree), which was released in select theaters in Kerala last week, is Kumaran’s tribute to Asan. Kumaran, who was associated with nearly every progressive cultural and political movement of his time, says the biopic is his attempt to capture the soul and spirit of a great social and cultural figure who has been misunderstood and misrepresented. several times during his short life. During a long career spanning half a century, Kumaran directed films such as Athithi (1974), a seminal film of parallel cinema in Malayalam, Rugmini (1988, based on a short story by Madhavikutty), Akasha Gopuram (2008, inspired by Henrik Ibsen’s play The Master Builder, 1892), and a series of short films and documentaries. Film scholar CS Venkiteswaran says that unlike his parallel cinema contemporaries, Kumaran uses elements of mainstream cinema, like songs, to create an engaging narrative style. Kuyil differs from his previous films in its theme, treatment, unconventional cast (Carnatic musician Sreevalsan J Menon is brilliant as Asan) and heavy use of poetry.

Kumaran Asan died aged 50 in 1924. His first major work – Veenapoovu (The Fallen Flower, 1907) – was published at age 34 to acclaim. Asan’s life in letters as a published author was short. But in those 16 years, between Veenapoovu’s publication and his tragic death in a boating accident, Asan published nearly a dozen masterful works – Nalini (1911), Leela (1914), Sree Buddha Charitham, Prarodanam, Chinthavishtayaya Sita (1919), Karuna (1923), Chandalabhikshuki (1922). These poems have a transcendental quality that distinguishes them from the work of his contemporaries; their inner luminosity has not faded after so many years.

Kumaran’s Kuyil focuses on the last seven to eight years of Asan’s life – a turbulent time: he produced great poetry, fell in love with a much younger girl, whom he married at the age of 45 years old, had become a father and had acquired wealth. He was now a widely respected and appointed community leader in Sri Moolam Praja Sabha, a popular assembly at the court of King Travancore. He had acquired a self-awareness and confidence in his poetic genius that he chose to reflect on the higher truths of life, primarily ethical issues and the tension between life and death, unlike his contemporaries who were taken in the whirlwind of the here and now. . Asan was deeply political, but his poetics framed politics within a broad framework of human emancipation and as an intense spiritual striving toward the expansion of human freedom.

A still from the movie

Born into the Ezhava caste, considered backward in the old state of Travancore and excluded from public office and employment, Asan knew all about social exclusion. He was the favorite disciple of Sree Narayana Guru, the poet-sage whose radical spiritual vision fueled Kerala’s transition from a deeply casti- tian society in the 19th century to a relatively modern political community. Guru mentored Asan in his formative years and sent him out to Kerala for education. In Kavyakala Kumaran Asaniloode, a fine study of Asan and his poetics published in 1969, PK Balakrishnan writes that Narayana Guru was the earth and sky where Asan’s poetic genius flourished.

Unsurprisingly, Asan wrote that the essence and eternal truth of this universe was love (“snehamanikhila saram oozhiyil”). In Chandalabhikshuki, the story of a Dalit woman’s self-discovery and conversion to Buddhism, he offers a searing critique of the caste system: “Caste is the smoke of jealousy / Boiling in the dark company of ignorant minds / Filled with thirst for earthly pleasure / And the envy of others’ happiness. / He changes hue with astonishing rapidity / Like the evening cloud, like anger, / Arrogance and rotten misanthropy. / He will divide his own home and stray / Close to parents and antagonize classes / And finally annihilate the whole world” (translated by PC Gangadharan). However, the lengthy narrative poems Chintavishtayaya Sita and Karuna are widely regarded as his finest works. Sita is part of the monologue, in which the queen of Ayodhya, in exile in the Valmiki ashram, reflects on her life. Deeply philosophical, it gives Sita agency, which questions the deep patriarchy that underlies the lineage of Raghu and the court of Raghava. An exquisite piece, it reveals a poet who perfectly masters his profession and his content. It blends philosophy, drama, love, anger, compassion in perfect proportions to deliver a cathartic experience of the human condition.

A still from the movie

Kuyil opens with Narayana Guru’s consecration of a temple at Aruvippuram in 1888, a landmark event in Kerala history which Guru described as the consecration of Ezhava Sivan when Brahmin orthodoxy questioned his act . The biopic is not simply an exercise in fact-gathering; rather, it’s about another artist trying to understand the outer and inner worlds that Asan passed through during the most creative phase of his life. Thus, despite Asan’s personality as a social figure, he is rarely seen among the crowds in Kuyil: the poet is mostly seen in a contemplative mood, with his dear wife, Bhanumathi, and close friends such as Sahodaran Ayyappan.

So why Asan now? Kumaran believes that Asan, despite the voluminous literature on the poet, has not been fully or holistically understood by Malayalis. His life and his work call for a new interpretation: ours is a period of forgetting, forgetting is omnipresent in culture, history, says Kumaran. Political thought and political work blend seamlessly into Asan’s life. At Guru’s insistence, Asan had become the founding secretary of SNDP Yogam in 1903, a community outfit of the Ezhava community, after returning from his studies in Bangalore, Madras and Calcutta. Kumaran points out that Asan’s writings in Vivekodayam, a magazine he edited, suggest that the poet was essentially a philosopher: He has a vision of emancipation that shines though he is in Guru’s shadow. It was Asan who brought much clarity to the Malayali consciousness with his thoughts on love, freedom, male-female relationships, the need to reject caste, etc., Kumaran says. Also, Kumaran was drawn to Asan’s storyteller – his main poems are well-constructed narratives. The film takes its title from a poem Asan wrote in anguish when he was targeted by his SNDP Yogam rivals.

Asan must be re-read, recognized as a key figure in the renaissance of Kerala. Gramavrikshathile Kuyil is a remarkable effort to situate Kumaran Asan as a Renaissance figure and a deeply contemplative poet. This should help the world beyond Kerala discover Asan, whose 150th birthday falls in 2023.

Coming to Shudder in May: Sadness, the Found Footage Phenomenon, More