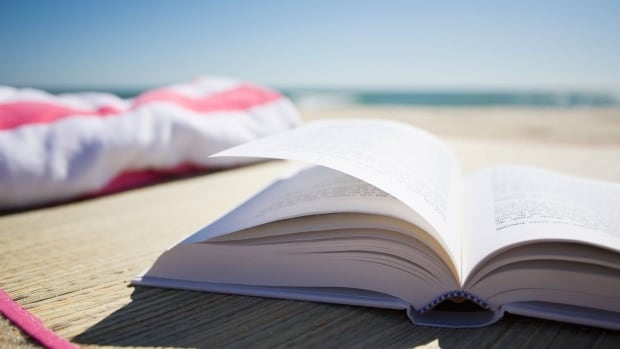 Are you going to a chalet? Staying home for the long weekend? Or are you just looking for a bedtime story to keep you up to date with the latter part of our second pandemic summer?

The interview was edited for CBC style and clarity.

When you’re on vacation and have time to read, people like something that’s going to be really absorbing, propelling, and keeping you reading.

My main recommendation for this is Dark august through Katie Tallo. This is a thriller set in and around Ottawa which is so much fun if you are an Ottawa resident to see familiar sites appear in the book. It also takes place in summer.

The story follows a fiery young woman, totally alone in the world, and she seeks to solve a decades-old mystery that her detective mother was trying to solve at the time of her death. It has an emotional resonance and also a lot of thrills.

Barbara Fradkin, who is an experienced and favorite Ottawa mystery writer, has a new book in the Amanda Doucette series: The old dead. This is another book about a detective looking for answers to an older mystery.

It is not settled in Ottawa. So if you want the experience of wheelchair travel, this one takes place in the badlands of Alberta, the land of dinosaur bones. A photographer on set discovers bones that turn out to be human bones, which could be linked to the disappearance of the main character, Amanda’s uncle, at the age of 30.

On the non-fiction side of the mystery, we have the author of Ottawa Charlotte gray who writes very good books on real crime. His last Assassinated Midas is a real page turner.

It’s a very pleasant and readable look at the life and death of gold mining tycoon Sir Harry Oakes.

We have a trio of entertaining reads that can enrich your Ottawa experience.

As I walked around through Phil Jenkins, a Citizen of Ottawa chronicler, is a book organized by its columns. This book is a walk through the history of Ottawa. It’s fun, irreverent, and a perfect companion for a staycation.

The next two are new volumes in an Ottawa book series.

There is a second volume of André Kings Ottawa Rewind called No more curiosities and mysteries, and these books contain fascinating and bizarre little-known pieces of Ottawa history that he unearthed. From the mundane to the supernatural (did you know we have our own secret solstice pyramids?) These stories will keep you entertained.

The Ottawa lost series through David McGee, now through to volume three, comes from the popular Facebook group of the same name and is a wonderful collection of participatory photos and fun anecdotes from days spent in this city – told by the people who lived it.

If you want to remember the restaurants, theaters, and shops that are now gone, or if you just want to learn more about what it was like for your parents or grandparents to grow up here, these are perfect.

On the fiction side of novelties, there is a book called Everyone in this room will be dead someday through Emily R. Austin. This is a brand new book that came out in July and is making a lot of noise (it was even reviewed in the New York Times, which is unusual for a first Canadian author).

This is the story of a lesbian in her twenties, terminally anxious and animal lover who gets into a bit of trouble when she merges with the new receptionist of the Catholic Church that she visited in search of free therapy – and she is too embarrassed to correct the mistake. During this time, she discovered that her predecessor was a murder victim and she begins to investigate.

The following is a fun non-fiction called The joy of sweat through Sarah Everts, a local teacher. This is perfectly timed for the heat of summer. It’s just a great popular science book that offers a readable and entertaining look at why we sweat, how diet affects it, and the role of sweat in human history.

For those who like a more moving reading, The Secret Life of Mothers and Daughters through Anita kushwaha is a gripping and thought-provoking read with two interwoven stories of mothers and 20-year-old separated daughters within the Indian diaspora community in Ottawa. The Sunnyside branch of the Ottawa Library even makes an appearance in this one!

This is how you lose the time war through Amal El-Mohtar and Max Gladstone is a short book and is a romantic and exciting adventure narrated in letters by Agent Red and Agent Blue who fight against each other in Time Wars and end up falling in love. El-Mohtar, a resident of Ottawa, writes the letters to Agent Blue and the others are from her co-author.

Ha Jin Considers The Cost Of Freedom In “A Song Everlasting”

Misha and the Wolves: An Incredible Survival Story Too Good to Be True | Documentary films