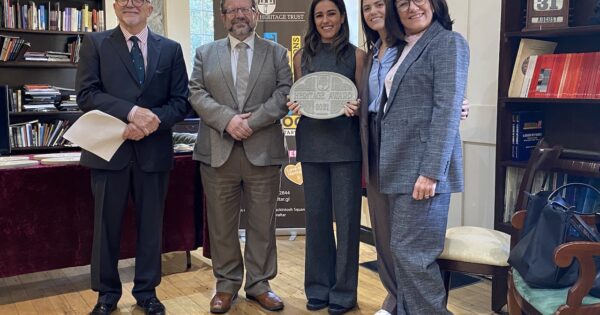 The Gibraltar Heritage Trust has held its annual Heritage Awards with awards given to projects that have preserved heritage value in renovations, a documentary and a television series.

The awards were presented in four separate ceremonies at the Main Guard in John Mackintosh Square on Friday morning.

“It must be recognized that the standards of nominated projects are increasing year by year, making it more difficult to select the best prizes each year. This bodes well for the future of quality heritage restoration and promotion projects in Gibraltar, ”said Trust Chairman Dr Keith Farrell.

The awards were presented by the Minister of Heritage, Dr. John Cortes.

“The company has sensitively transformed a vault at Casemates Barracks into a fine dining establishment with the added element of a movie theater for movie screenings and private rental,” said Dr. Farrell.

“This work is an important contribution to the social and political history of Gibraltar,” said Dr Farrell. 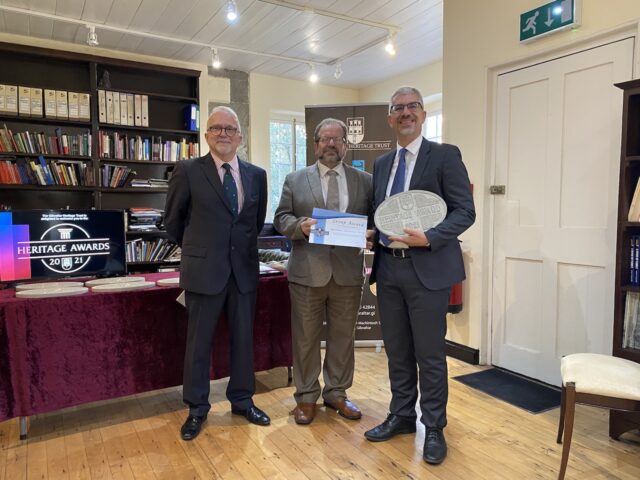 “This set of stone warehouses has been restored and the requirements of Operation BAG have been designed around the characteristics of the building and industrial facilities,” said Dr Farrell.

“Features include, a gantry crane that has been retained and converted to a bridge, refurbishment and adaptation of cranes for continued use, accessories such as reused vintage lampshades, restoration and clever reuse of pavers made of wood that made up the flooring areas, as well as interventions to keep the original stairs in place and in use. From the outset, the project had the heritage value of the buildings as one of the central design considerations.

The award was received by the representative of the Bassadone Automotive Group, Martin Figueras. 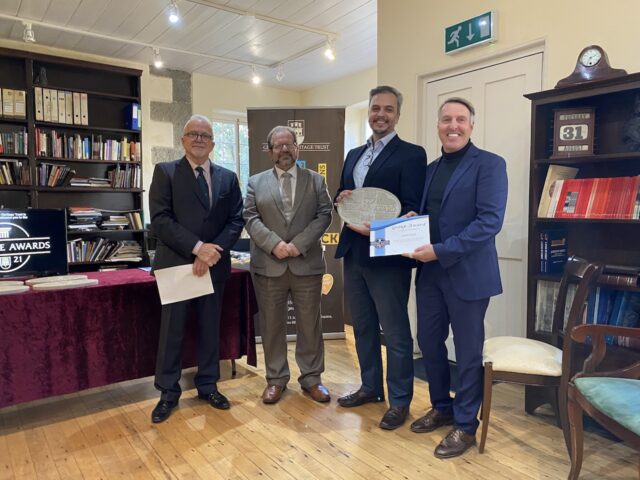 Another group heritage prize was awarded to the XAPO bank, located at 1-2 Casemates Vaults for the conversion of these vaults and the area behind them into the international headquarters of their company.

“The site of the former Gibraltar crystal factory is unrecognizable as the vaults have been completely redeveloped into meeting rooms and banking facilities while restoring and retaining the heritage value of the site. In the process, new discoveries were made about surviving items from the medieval period and even the discovery of an additional piece, ”said Dr Farrell.

“The finished product sets the bar very high for future conversions and adaptations of the barracks and the space behind. “

The award was received by Albert Rocca, CEO, and Frankwin van Kleef. 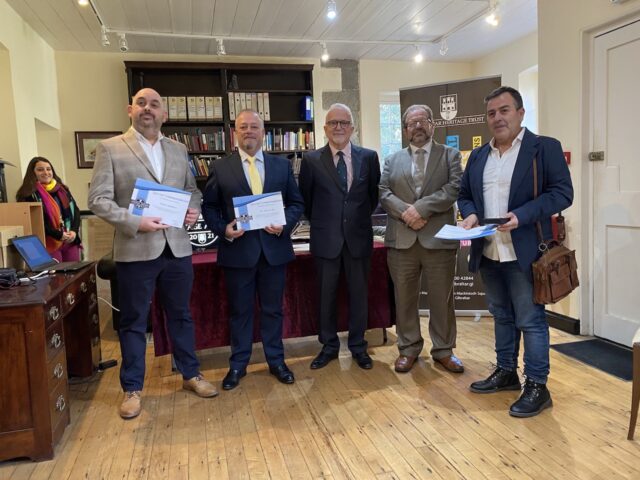 A Heritage Commendation was awarded to Kastaluna Communications and Dr Darren Fa for the TV series “Fortress of the Fortresses” and “A Place in Time”.

“Both documentaries examine Gibraltar’s development as a fortress city and the changes time has brought to it. “Fortress of the Fortresses” took place over two series and explored Gibraltar’s defenses and artillery in depth while, in “A Place in Time”, Dr Fa and Keith Madeira examined the characteristics that have disappeared using GIS technology to locate and further explore their stories, ”said Dr. Farrell.

“Both series were commissioned and broadcast by GBC and have served to raise awareness of this part of our heritage.”

The award was received by Dr Fa, M. Madeira and Eugenio Robles, in the presence of Paula Latin, GBC Television Manager. 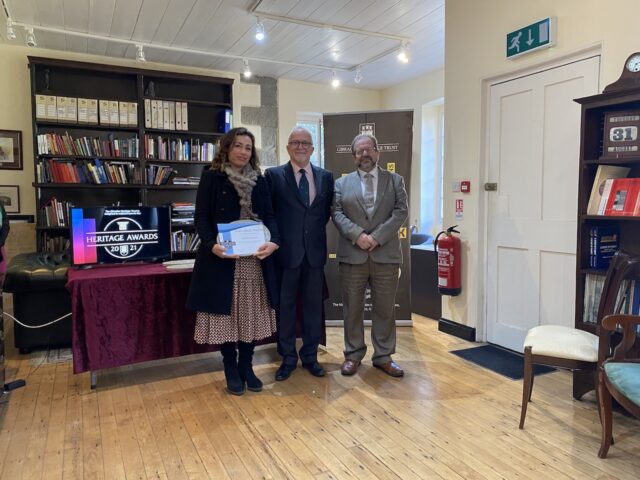 Another Individual Heritage Prize was awarded to Villa Bernadette for its recent and careful restoration and renovation which preserve and enhance the character of this building.

“Built in 1892 and kept as a family home for four generations, the building has undergone a number of alterations and renovations throughout its history, but the family philosophy has been to maintain heritage features and character. Its latest renovations have seen the window graciously improved, restoration of stone and ironwork and many other internal features retained, ”said Dr. Farrell.

The award was received by Gina Hill on behalf of the family, in the presence of Richard Hill. 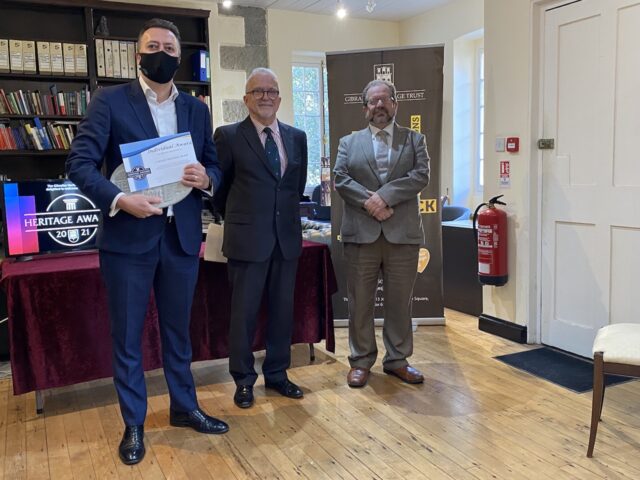 The 1 North Pavilion Steps also received an Individual Heritage Award for its sensitive restoration and extension.

“Part of a row of mid-19th century properties, it has been lovingly restored and sensitively extended while enhancing and respecting the original fixtures and fittings. From the tiling in the entrance hall to the fireplaces, to the molded ceilings and fireplaces, to the coal chute, to the handrails and to the doorknobs, everything has been respected while expanding the property to meet modern family life ” said Dr Farrell.

The award was received by owners Charles Simpson and Andrea Simpson. 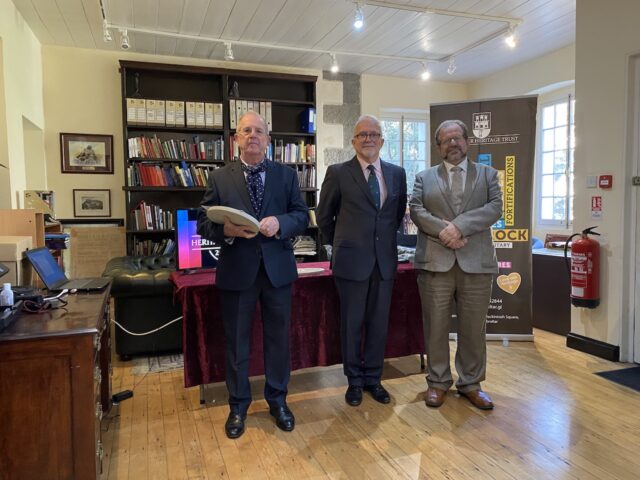 A Collective Heritage Award was presented to Carrick House, 6 St. Christopher’s Alley for the restoration and substantial extension of this former late 19th century officer’s quarters into a family home.

“The project has been carried out in a way that respects and promotes the original features of the property while providing additional space in a discreet manner,” said Dr Farrell.

The award was received by Alfie Bassadone in the presence of Alfred Bassadone and Francis Trico. 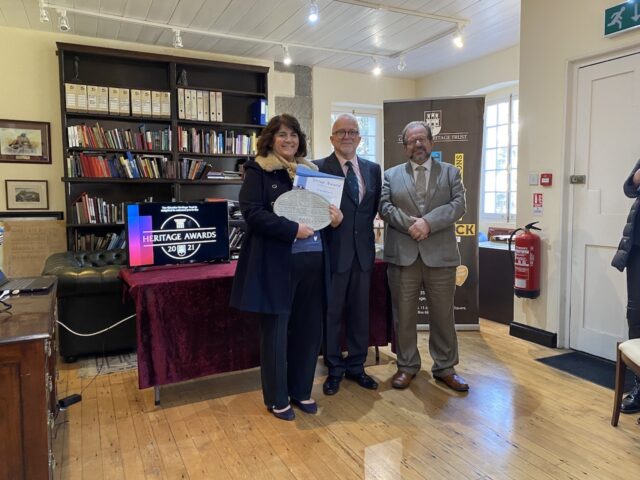 A Group Heritage Award was awarded to La Gendarmerie for the reconversion and extension of the Victorian-era police station into office space, encompassing public access and amenity to the ground floor in terms of office space. ‘exposure.

“The project retained the guard cells for future interpretation as well as other original features of the building. The bold top floor extension has been done in a modern style that blends in well with the original building and makes a statement on Gibraltar past and future. The exterior facade of this building was also in a very dilapidated condition and has been painstakingly restored to its former glory, ”said Dr Farrell. 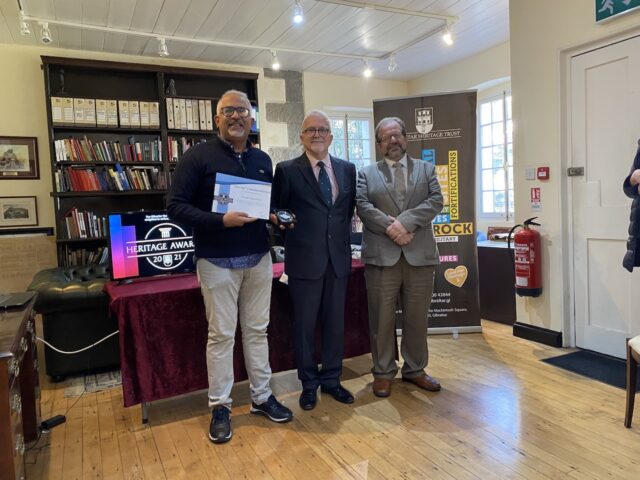 A Heritage Commendation was awarded to Trends Superstore for the recovery and redevelopment of this Main Street complex of buildings in a way that addressed important structural elements while retaining the majority of the original structures and their integrity. . The award was received by the Nihchalani family.

No President’s Prize was awarded this year.

The Day – Turning outrage into power: how much the GOP is changing from the far right