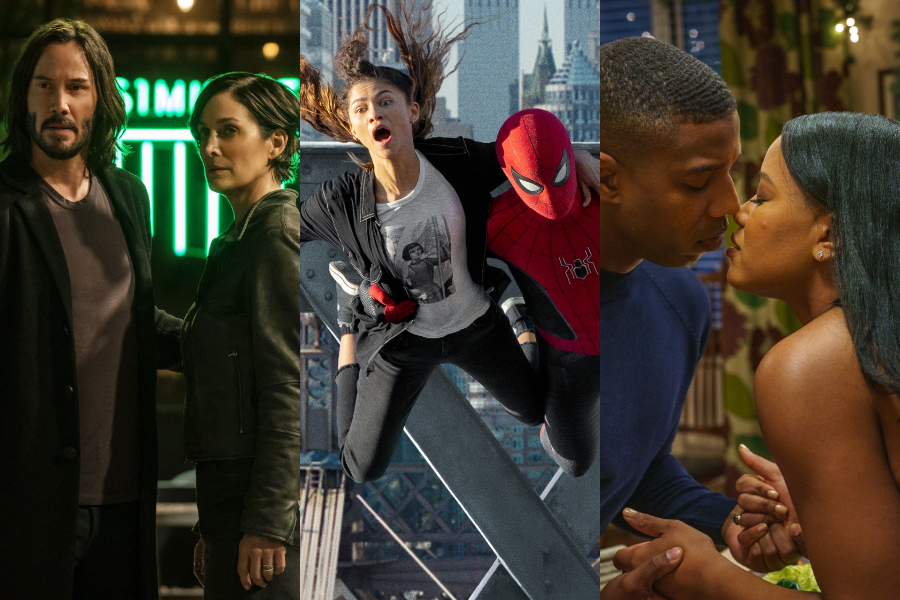 Holiday Movies Guide: Something For Everyone To Watch This Season

Here is the recap of the prestigious baits and box office hopes that will open in the coming weeks.

The Matrix Resurrections, Spider-Man: No Way Home, and A Journal For Jordan are all competing for your attention this holiday season.

Compared to last December, when studios were doing all they could to hold onto their high-profile titles for a more optimal release window – hell, Chloe Zhao’s Oscar-winning Nomadland technically didn’t open in Canada until it was released. ‘it hits Disney + in April of this year – there’s a complete deluge this time around.

Oscar hopefuls and future box office champions will fly in theaters for the rest of the month, battling for any screen space the Spider-Man and Matrix sequels have yet to claim. It’s almost like they’re trying to make up for lost time or something.

So what is opening? We are so glad you asked….

Denzel Washington plays the title role in The Tragedy of Macbeth.

Bradley Cooper plays a Depression-era carny who seizes the opportunity to reinvent himself as a high society mentalist in Guillermo del Toro Alley of nightmares (in theaters Friday), the director’s first film since his Oscar winning The Shape of Water, and one that does for film noir what Crimson Peak has done for gothic romance. See the review here.

that of Paul Thomas Anderson Licorice Pizza (in theaters Dec. 24, with an exclusive 70mm engagement at the TIFF Bell Lightbox) features Alana Haim and Cooper Hoffman as unlikely business partners in a sunny ’70s SoCal memoir that forgoes Phantom Thread formalism for the rush. energetic of Anderson’s previous films.

Tom Holland’s Peter Parker meets the Multiverse – and a decade of classic Spidey villains – in Spider-Man: No Path Home (in theaters Friday), but if you’re feeling a bit exhausted from the Marvel movies, there are a few other properties you might want to consider.

The king’s man (in theaters December 22) is Matthew Vaughn’s prequel to his ultra-violent, ultra-derivative Kingsmen films, with Ralph Fiennes and Harris Dickinson dressing up and taking on Rasputin and other historic heavyweights.

We’re more excited to see what Keanu Reeves and Carrie-Anne Moss are up to in Matrix resurrections (in theaters December 22), since the original trilogy was pretty clear about the deaths of Neo and Trinity and all. (We hope Lana Wachowski has a plan for this.)

And if it all sounds too punchy, Garth Jennings Sing 2 (in theaters December 22) is here to deliver yet another series of CG animals singing pop hits, this time with Bono joining the Menagerie.

Dakota Johnson (left) and Olivia Colman search for answers in The Lost Daughter.

The hopes of art and testing

Jonas Poher Rasmussen’s hybrid documentary To flee (in theaters Friday) uses animation to tell the story of a refugee – identified only as Amin – who fled Afghanistan as a teenager.

Maggie Gyllenhaal’s debut as a director The lost girl (in theaters Friday; on Netflix December 31) stars Olivia Colman as an English teacher drawn to a younger mother (Dakota Johnson) and her extended family while on vacation in Greece.

And in Red rocket (in theaters Friday), the latest from Tangerine and from The Florida Project director Sean Baker, a former adult movie star (Simon Rex) is returning home to Texas for a fresh start.

Swan song (Friday on Apple TV +) features two-time Oscar winner Mahershala Ali as a dying man offered a chance to spare his family the pain of losing him. Being the Ricardos (Amazon Prime Video Canada, December 21) learns about Aaron Sorkin imagining the private and public lives of Lucille Ball (Nicole Kidman) and Desi Arnaz (Javier Bardem) during a busy week in 1952. Adam McKay’s Do not seek (in theaters now, on Netflix December 24) is an all-star (Lawrence! DiCaprio! Streep! Rylance! Chalamet!) apocalyptic comedy about partisanship and the end of the world.

Denzel Washington returns behind the camera for the first time since his Oscar Fences with A newspaper for Jordan (in theaters December 25), starring Michael B. Jordan and Chanté Adams in the true story of Charles Monroe King and Dana Canedy, and the book Charles left for their baby.

And Zachary Levi and Anna Paquin star as another real couple in American Underdog (in theaters Dec. 25), a biopic about quarterback Kurt Warner’s trip to the NFL Hall of Fame.

A longtime Torontonian, Norman became lead writer for NOW in early 2008. Previously, he had edited films for Metro newspapers across Canada and covered every video format imaginable (yes, even Beta).

The plot of the movie “Tetris” looks wild