Works at the House of Hope event.

Emphasizing unity in diversity as an important component of the UAE community, under the patronage of the Ambassador of Culture for the Arab League Cultural and Scientific Educational Organization (ALECSO), Sheikha Alyazia Bint Nahyan Al Nahyan, ZeeArts and IBU Group, in partnership with Anasy Media, celebrated the UAE’s Golden Jubilee by hosting a live arts event titled House of Hope at Nakheel Mall in Dubai on December 9.

Fifty artists from countries such as Armenia, Comoros, Cuba, India, Malaysia, Poland, Romania, Sweden, Tunis and the seven emirates of the United Arab Emirates and a group of girls and boys representing the United Arab Emirates Council for Motherhood and Childhood, were invited to participate in an art installation. They created the number “50” on a red carpet, using boxes symbolizing a “house”. Sheikha Alyazia Bint Nahyan Al Nahyan is the first woman to be appointed ambassador of culture by the Arab League. She made her directorial debut in 2020 and directed the fantasy short Athel, which received a Platinum Award for Best Fantasy Short. It won the Gold Remi Award in the United States and was also officially selected for recognition at other film festivals internationally. 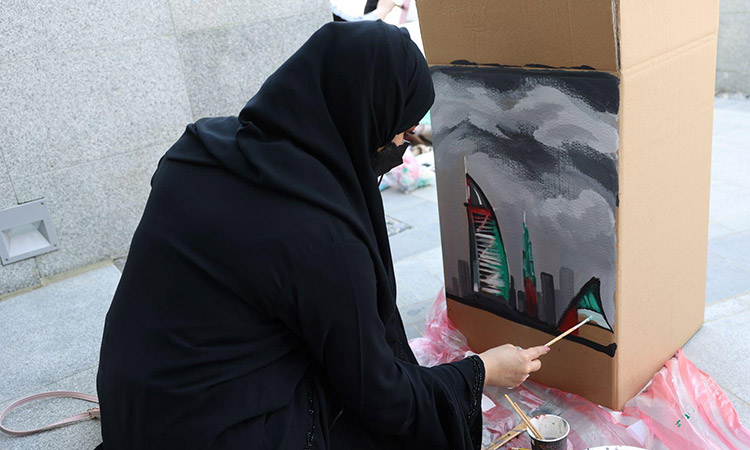 Scene from the House of Hope event.

(The UAE is home to a variety of religions and cultures that share a common home and a sense of hope). The artists then designed their creations with only the four colors of the UAE flag. They were further encouraged to reflect on the concept of Khalwa, the Arabic word for isolation, and the Islamic practice of spiritual retreat and reflection. Indeed, retreating to our homes over the past two years has provided an opportunity to pause, reflect and hope for a better future. 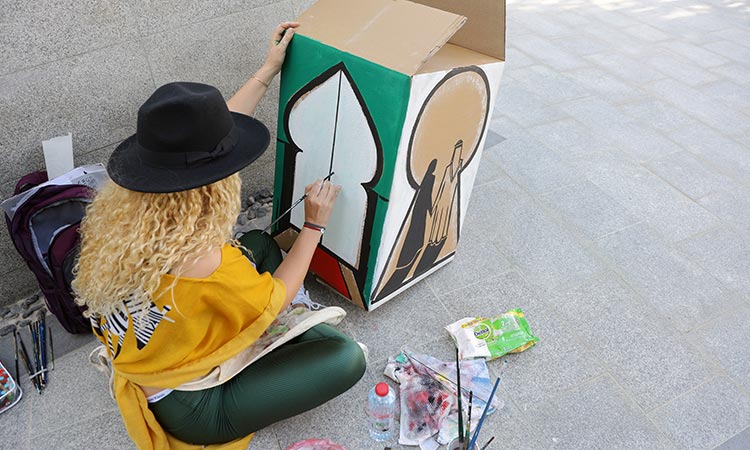 The House of Hope event attracted artists from many countries.

“The past years have underlined the importance of unity as a vital necessity to provide a better life for the people, to ensure stability in the country and to realize the hopes and aspirations of our people”, is a quote from the father. founder and main driving force behind the unity of the seven Emirates, Sheikh Zayed bin Sultan Al Nahyan. His words resonate even louder now, as the UAE celebrates its 50th anniversary of unification, amid a world facing the pandemic. The House of Hope event opened with the national anthem, performed by the founder of the famous “Sharq Orchestra”, the talented solo violinist Mohammad Hamami, followed by an inspiring talk on the Khalwa concept by the young Emirati speaker Mira Ghobash. The event shed light on the artistic talent that resides and flourishes in the United Arab Emirates.

Muthy, founder of ZeeArts and curator of the project, said, “The UAE is the land of hope, connecting people, creating opportunity, and fostering collaboration and growth. “I want to congratulate the leaders of the United Arab Emirates and may this country be blessed with abundance, knowledge and prosperity bringing hope, healing and happiness to the world.” Founded in 2007, Anasy Media was founded by Sheikha Alyazia Bint Nahyan Al Nahyan, along with Sheikha Osha and Sheikha Shamsa. It aims to contribute to the development of the cultural, artistic and educational movement in UAE. Based in Abu Dhabi, she is one of the first in the country to specialize in documentaries and seeks to engage the community in the creative realm by organizing events, competitions and exhibitions. It brings together the past and the present, connecting ancient civilizations, customs and traditions with modern trends and ideas. Anasy Media has accumulated award-winning experience in producing short and feature-length documentaries on a variety of subjects, ranging from history and culture to contemporary issues, for broadcast and theatrical release.

They are available on iTunes, Virgin Megastores, and many TV channels. His films have been screened at over ninety international film festivals around the world and at commercial theaters in the UK, US, UAE and the Gulf region. ALECSO is based in Tunis and promotes Arab culture, developing the fields of education, culture and science at regional and national levels. It seeks to achieve unity of thought in the Arab world through education, culture and science and to improve the level of culture in the region and contribute to universal civilization. ZeeArts has maintained its long tradition of inviting artists on an annual basis to curate and conceptualize artwork in the colors of the UAE flag, since its first live painting session in 2012, on the occasion of the United Arab Emirates national day.

Sunderland ‘Til I Die: How the Netflix documentary shaped our vision for our club …

News Tuesday: the best books of the week