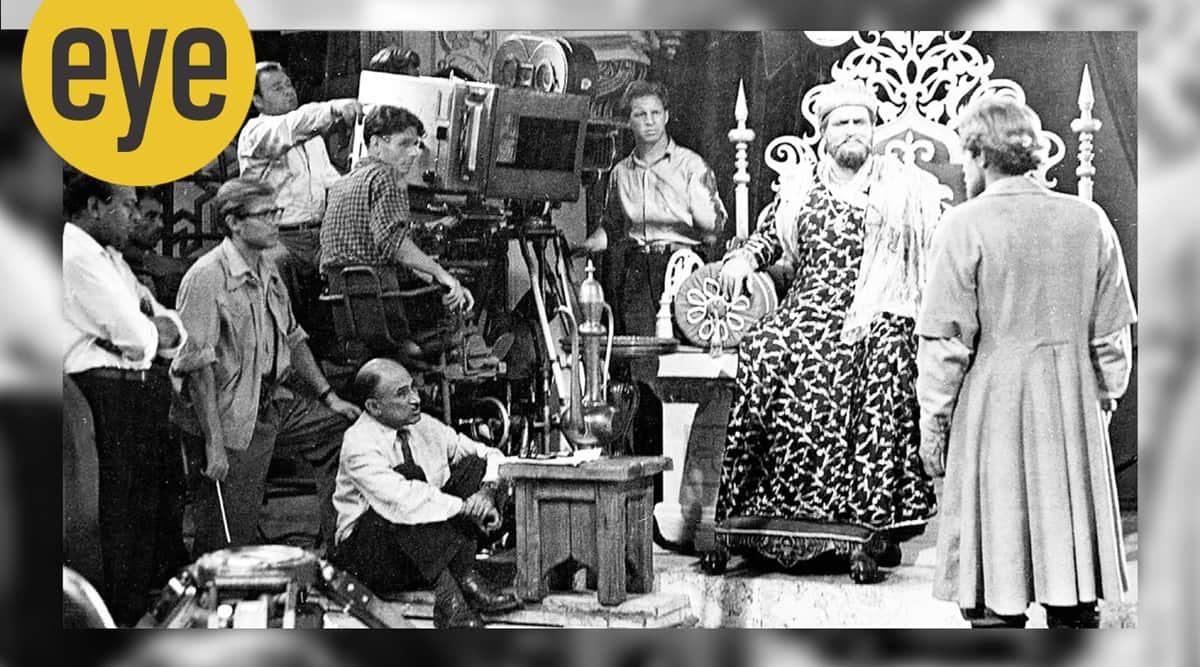 As the all-night downpour flooded the roads leading to the modern Mumbai studio, writer-director Khwaja Ahmad Abbas assumed it would be a ‘test’ of Meena Kumari’s professionalism. She was a main character – Chavli, a lower caste woman – in her film, Char Dil Char Rahein (1959) and her makeup call was at 7:30. Proving the producer-director’s apprehensions wrong, the actress, draped in her signature white crepe saree, carrying a pair of sandals in her hand, waded through rainwater to show up on time. When she settled in for a long makeup session, she was more concerned with perfecting her character’s Haryanvi dialect than the inconvenience caused by the rains.Buy Now | Our best subscription plan now has a special price. Edited and translated by film scholars and Khwaja Ahmad Abbas Memorial Trust trustees Syeda Hameed and Sukhpreet Kahlon, the book presents a poignant portrait of Meena Kumari – the legendary child star, actress and poet – who had to sacrifice her dreams to working in movies, to support his family. While telling her story, the film journalist-turned-filmmaker provides insider insight. He employs a similar approach while profiling other mainstays such as V Shantaram, Dilip Kumar, Balraj Sahni and Satyajit Ray. Multifaceted Abbas, who has written 74 books, occupies a unique space in Indian cinema as a tireless chronicler as well as a creator. The 1914-born joined the Bombay Chronicle newspaper as a correspondent in the 1930s and began its famous column “The Last Page” in 1935. He later moved to the Blitz and continued his association with it until his death in 1987. While working with the newspaper, he moonlighted as a publicist for the Bombay Talkies studio. Later, under their banner, he made his debut as a screenwriter for Naya Sansar (1941). Soon he established himself as an incomparable screenwriter with films such as Neecha Nagar (1946) directed by Chetan Anand and Dr Kotnis Ki Amar Kahani (1946) directed by V Shantaram. Quick to expand his repertoire, Abbas established himself as a director with Dharti Ke Lal (1945), which recounts the horrors of the famine in Bengal in 1943, and in 1951 created his production company called Naya Sansar. by his close friends, the Panipat-born writer observed the film industry closely through the journalistic lens since the 1930s, despite his intimate and professional associations with several prominent figures. He peeled back the film industry’s veneer, critiquing films and recording behind-the-scenes shenanigans. As a writer-director, however, he was preoccupied with telling socially relevant and human stories through films such as Rahi (1953), Munna (1954), Jagte Raho (1956), Saat Hindustani (1969) and Mera Naam Joker (1970).The recently released Sone Chandi Ke Buth, which is divided into four segments – Funn Aur Funkar (art and artist); Kahaaniyaan (stories); Articles; and Bombay Chronicle Articles – is primarily a compilation of his journalistic writings and four short fictions. Some of the best pieces in the book are about famous personalities. In a heartwarming piece, he recalls meeting Ajitabh Bachchan, who carried a photo of his brother Amitabh and was accompanied by actor Jalal Agha. Abbas was then in the cast of his film Saat Hindustani. In the chapter titled “Amitabh Bachchan: Himmatwala”, he talks about signing the rookie actor for Rs 5,000, traveling third class to Goa for filming, staying in a dak bungalow, and Abbas’ assistant giving to Bachchan the once popular nickname, “Lambu”. Abbas holds Prithviraj Kapoor in high regard even though the writer was engaged in a debate with the legendary actor when they first met. In the chapter, “Prithviraj Kapoor: The Shahenshah “, Abbas describes the actor as “a mixture of humanity and celebrity” and someone who was “always ready to defend a social cause”. It was with his son, actor-director Raj Kapoor, that ‘Abbas forged a lasting and successful association writing several films made under the RK Films banner, including Awaara (1951), Shree 420 (1955), Bobby (1973.) He called Raj Kapoor a “motor”, Abbas wrote, “J felt that if this engine could be connected to the right vehicle, it would spread my opinions ns away,” writes Abbas in the chapter “Raj Kapoor: An Extraordinary Karmayogi”. “I know for a fact that Raj has only one true and lasting love – himself,” he wrote. But the reason his associates put up with his self-esteem is because the actor-turned-director “loved his job more than himself,” Abbas writes. Despite his pointed observations and wit, Abbas’ tone has journalistic restraint. Unlike Saadat Hasan Manto’s writings on the film industry – some of them salacious and delightfully garrulous – Abbas is outspoken but not caustic. For example, exasperated by Dilip Kumar’s choice of films, especially those of a commercial nature, Abbas hoped that the actor would turn to more artistically rich films. Abbas seems to be in awe of the octogenarian Shantaram, but he does not fail to mention that “confrontation of social issues and his audacity to do so are lacking” in his later films, such as Jal Bin Machhli Nritya Bin Bijli (1971) . One of the moving parts of the book concerns Sahir Ludhianvi. He is unwavering in his admiration for the lyricist, Ludhianvi’s contribution to Urdu poetry, giving filmi poetry “the status of literature”. His short stories capture his harsh realities and his hypocrisy. The story “A Mother’s Heart” is about starry tantrums and the exploitation of the underprivileged. With “The Film Triangle” he explores the murky world of the film industry. Informative and insightful, Sone Chandi Ke Buth is a window into India’s cinematic past – with all its follies, idiosyncrasies and excellence. Although the industry has seen technological advancements, a number of its inherent problems remain the same. Let’s hope Abbas’s book holds up the industry’s mirror and inspires a course correction.