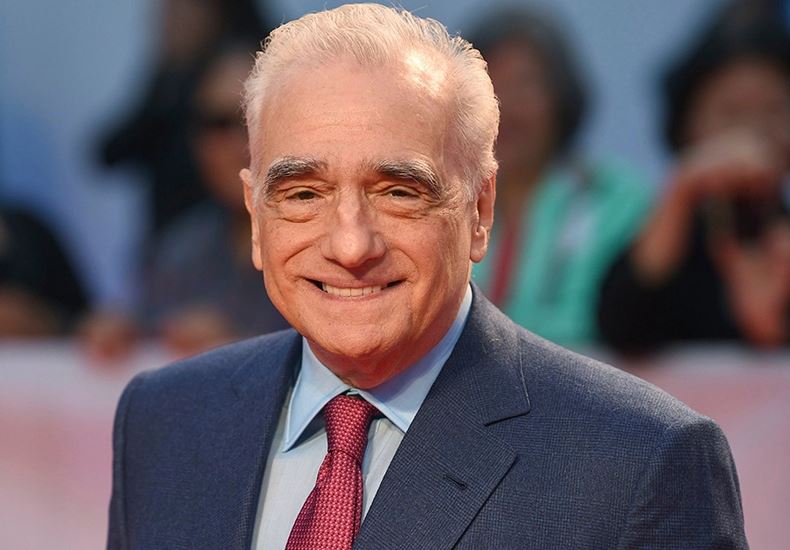 As Martin Scorsese turns 80, a look at the journey of the neo-noir master — one of America’s greatest filmmakers — who claimed the mantle of Stanley Kubrick

“The main anguish and the source of all my joys and sorrows since my youth has been the incessant and merciless battle between spirit and flesh”, writes Nikos Kazantzakis in the first pages of his novel, “The Last Temptation of Christ”. (1952), which is the basis of Martin Scorsese’s 1988 film of the same name. Having espoused and then rejected many beliefs, Kazantzakis, a pillar of modern Greek literature, continued to seek a closer relationship with God, but remained torn between faith, art and the temptations of living in the modern world. His depiction of his conflicted life in The Last Temptation of Christ gives us a glimpse into the films of Scorsese, one of America’s greatest cinematic storytellers, who turned 80 on November 17.

Film after film, the globally cult master of neo-noir – who has made 25 feature films and 16 feature documentaries to date – courageously explores how ‘the passions that bind us together can also destroy us’. His films entwined lure of violence, crime and greed – “Mean Streets” (1973), “Taxi Driver” (1976), “Raging Bull” (1980) and “Goodfellas” (1990) and “The Wolf of Wall Street ‘ (2013) — are the benchmarks of a style of cinema that the author has joyfully appropriated: these films betray the “savage beauty of great intensity and great truth”. They are also, in the popular imagination, the receptacle of all the trademarks of Scorsese: long tracking shots, freeze frames, split-diopters, slow motion, crime, corruption, bad blood, violence.

Scorsese rightfully claimed the mantle of Stanley Kubrick (1928-1999), a true master of modern cinema, whose thirteen feature films and three short documentaries are intellectually rigorous, narratively stimulating and technologically avant-garde; Kubrick and Federico Fellini (1920-1993) most inspired the Italian-American filmmaker. Over a career spanning five and a half decades, Maty (as Martin Scorsese is known in his circle of admirers) made a series of films imbued with the noirish element of gangster violence: “Mean Streets”, ” Taxi Driver’, ‘Goodfellas’ and ‘Casino’ (1995).

These films are Scorsese classics as they bring to the fore the dramatic themes that preoccupied him: violence, corruption and moral decay. However, with their tremendous allure, these films have also led Scorsese to be cast into a stereotypical image as a filmmaker who revels in savagery on celluloid, in the same way that Billy Wilder is seen primarily as a maker of goofy comedies or Woody Allen as the existentialist comedy/drama maker. However, as Mark T. Conard writes in the Introduction to “The Philosophy of Martin Scorsese” ((2007), a volume of essays, this stereotype of Scorsese is unwarranted since his films encompass a wide range of subjects and themes.

Scorsese made his film debut with “Who knocks at my door”, a personal black and white film, in 1967. It marked the film history student’s serious attempt to arrive at a visual vocabulary, his effort to learn more about the art of storytelling, structure, time and place. At this point, Scorsese lacked the cinematic syntax and invention of a Jean-Luc Godard or a Bernardo Bertolucci to express the inner feelings of a “personal filmmaker”.

His attempts to learn the craft of a form of feature film – using the camera, directing, directing and performing – are also evident in the crime drama “Boxcar Bertha” (1972). Although his second feature was a significant improvement over the first, he failed to bring technical finesse and narrative refinement to the film. Scorsese was, however, able to capture the atmosphere of the story revolving around those living on the margins of society and bring the characters to life, layering the narrative with rich subtext.

Inspired by Italian neo-realism and John Cassavetes’ “Shadows” (1959), an American independent drama film about race relations during the Beat Generation years in New York, “Mean Streets” effectively propelled Scorsese’s career as a as a major filmmaker. Above all, it shattered decades of stereotypes about Italian Americans in film and television and became the first American film to present Italian Americans as they actually lived. For several decades, Hollywood had perpetuated the image of Italian Americans as garlic eaters and hotheads, but lovable and passionate either in middle-class professions (barbers, shoemakers, fruit and vegetable vendors) or as evil but charismatic members of organized crime known as the Mafia.

“Mean Streets” begins with a voiceover: “You don’t fix your sins in church – you do it on the street – you do it at home – the rest is bullshit and you know it.” Suddenly, Charlie Cappa (Harvey Keitel) wakes up. The connection between Scorsese and protagonist Charlie (Harvey Keitel) is immediately established. The Scorcese family is embodied in the film’s main character: Charles is his father’s first name and Cappa is his mother’s maiden name. Scorsese’s voice becomes Charlie’s conscience.

Some of Scorsese’s films depict lives tinged with crime and violence and are now considered the foundation of his career. However, it would be simplistic to claim that he limited himself to a particular theme. What we can say, however, is that there are some common threads in his films that give us an idea of ​​some of the ideas he embraced as a filmmaker. The conflict between faith and art is one such idea.

Scorsese’s morally complicated characters, including criminals and murderers, show the frailty of human beings. A quest for identity is at the heart of these characters and brings them closer to the temptations of violence, lust and greed. He doesn’t want us to celebrate the hedonistic pursuits and insatiable greed of Jordan Belfort (Leonardo DiCaprio) in “The Wolf of Wall Street” (2014) or Henry Hill’s (Ray Liotta) involvement in the Lufthansa heist. in “Les Affranchis (1990). ). But the director insists that these acts are worth exploring and dramatizing. “Very often, the people I represent cannot help but be in this mode of life. . . . Yes, they’re bad, they do bad things, and we condemn those aspects of them—but they’re human beings, too. I want to push the emotional empathy of the audience,” the filmmaker, who has been criticized for portraying violence in his films, said in an interview.

Spanning more than a century of American history, Scorsese’s latest crime saga hit Netflix in 2019. In a New Yorker review, Richard Brody called the film a dark allegory of a reading realist of American politics and society: “The Irishman is a sociopolitical horror story that views much of modern American history as a crime in continuous motion, in which every level of society – of life domestic to local affairs to big business to national and international politics – is poisoned by corruption and bribes, shady deals and dirty money, threats of violence and their grisly execution, and the entrenched impunity that keeps the whole system going.

For Scorsese, cinema, although personal, is not an individual art. The collaboration has been a key force in his career, as evidenced by his series of films with DiCaprio and Robert De Niro. He continues to be in love with the idea of ​​good old cinema. In 2019, in a New York Times op-ed, he argued that Marvel movies aren’t cinema: “I guess we also need to refine our notions of what cinema is and what it isn’t. . Federico Fellini is a good starting point. Many things can be said about Fellini’s films, but here is one thing that is indisputable: they are cinema. Fellini’s work goes a long way in defining the art form.

A multitude of factors have shaped Scorsese’s distinct cinematic style. Scorsese grew up in New York’s Little Italy. In his films, he constantly returns to the criminal landscape of his hometown in the 1970s as a metaphor for the world in general. Scorsese’s struggles with asthma as a child – it took him away from a passion for sport – and his early desire to enter the priesthood also shaped his sensibilities as a filmmaker preoccupied with the constructions of community, of religion and violence.

Scorsese’s next film, “Killers of the Flower Moon”, based on the best-selling book of the same name by American author David Grann, will be released in May 2023. Set in 1920s Oklahoma, it will trace the murder in series of members of the oil industry. the wealthy Osage nation, a series of brutal crimes known as the Reign of Terror. The film marks the sixth collaboration between Scorsese and DiCaprio, and the 10th collaboration between Scorsese and De Niro.

Roz Doherty’s fictional images take us back to a time when air piracy was a very common occurrence.