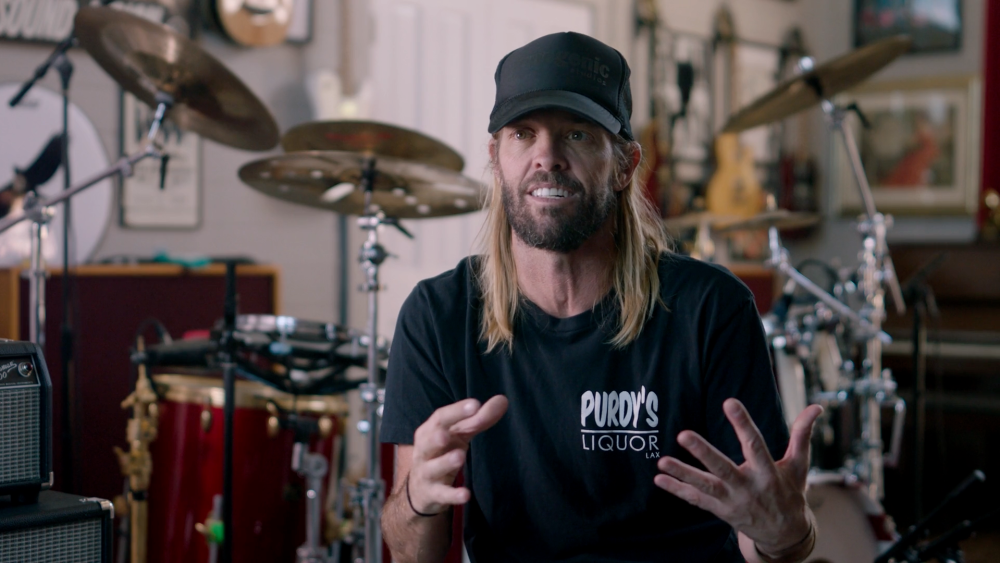 How Taylor Hawkins Transformed the Documentary ‘Let There Be Drums’

Justin Kreutzmann set out to make a standard documentary about drummers. After all, having Grateful Dead drummer Bill Kreutzmann as a father meant growing up on the road surrounded by rock stars and hippies. But once he started interviewing musicians for the film, named after Sandy Nelson’s iconic composition “Let There Be Drums,” Kreutzmann stumbled upon something much more personal, leading him to come out” reluctantly” from behind the camera and talking about his own upbringing. .

“Let There Be Drums” is not a Grateful Dead documentary, and Kreutzmann says “you don’t have to be obsessed with drums” to enjoy it. Through archival footage, interviews with musicians and their loved ones and, of course, music, the film uses drums as a vehicle to tell a more universal story – about community, resilience and family.

Talk with Variety ahead of the doc’s release, Kreutzmann detailed the filmmaking process behind “Let There Be Drums” and explained how Taylor Hawkins transformed the film’s perspective.

After deciding to make a documentary about drummers, where did you start? Who was your first request?

Growing up, when your dad is a drummer in a band like Grateful Dead, you end up hanging out with a lot of drummers, and people ask you a lot of questions about it. So you have a lot of funny drumming stories – stories you tell at a party. So I wanted to do very simple and fun drummer stories – smashing hotel type stories. But once we got into it, it became a movie with a lot more depth than my original intention. I didn’t want to make a history of the drums in 900 parts, it would be way too intimidating. So I started with my friends – [The Who drummer Keith Moon’s daughter] Mandy Moon was the first request and the first interview we did. And she really set the tone.

Speaking of Mandy, much of the film focuses on the drummers’ family members and the side effects of the rock ‘n’ roll lifestyle. Why did you choose to focus on this?

The film told me what it wanted to be. When I introduced him to people, it certainly wasn’t about the kids of famous drumming dads. But when we did, the real emotional stuff came from the families. So we made a movie that drummers will be interested in, but because of the common theme of family, everyone can relate to it. You don’t need to obsess over the battery. And I totally blame Taylor Hawkins for that. During his interview, he asked me, “How stable did your home life seem?” That’s when I thought to myself, “Well, people have to know the guy behind the camera.” And that’s why I reluctantly put myself on screen.

It was the change. He was just asking me a question, not for the documentary. But then the light bulb went on. I had my 20 questions for each drummer, but they also had questions for me. So we swapped stories. People wanted to know what the Grateful Dead world was like, what Jerry Garcia was like. So it became a lot more conversational and personal. Of course, when you do interviews and talk about things that haven’t been asked a million times, you get a lot more interest and energy. That’s why it really worked. Everyone wanted to tell me their story with the Grateful Dead.

Stewart Copeland is so enthusiastic about this movie. What was it like sitting in his studio and hearing him talk about other drummers?

Getting Stewart Copeland was a dream come true. He was so energetic. You can sit down and ask him anything. All the footage you see in the London police meeting doc is actually of his son, Jordan Copeland. We have very good amateur films. I didn’t use it in the movie, but I told Stewart the story of how my dad used to borrow my counterfeit police live tapes and listen to them before the shows of Gratefully Dead. The Police was the only modern music you heard at a Grateful Dead party. There were no other bands they listened to that were in the Top 10 on the radio.

Taylor Hawkins says near the end of the film that he could never imagine not getting together with Dave Grohl and that it will be hard to play Foo Fighters songs when they turn 70, but they will slow them down a bit. In the wake of his tragic and unexpected death this year, how does it feel to watch this scene now?

It’s overwhelming. Originally, when you watch this, he’s talking in the context of bands like the Grateful Dead and 60s musicians who still play together. Now, the tone of it all changed just by circumstance. Hearing Taylor talk about his family and his kids while watching him play — all those happy, fun times — now has that real sadness to them. This movie was made before Taylor’s death. This is the cup we sent him. We didn’t add or remove anything because it wouldn’t have looked real. I want people to know this is the movie Taylor saw.

“Let There Be Drums” is available on demand from October 28.