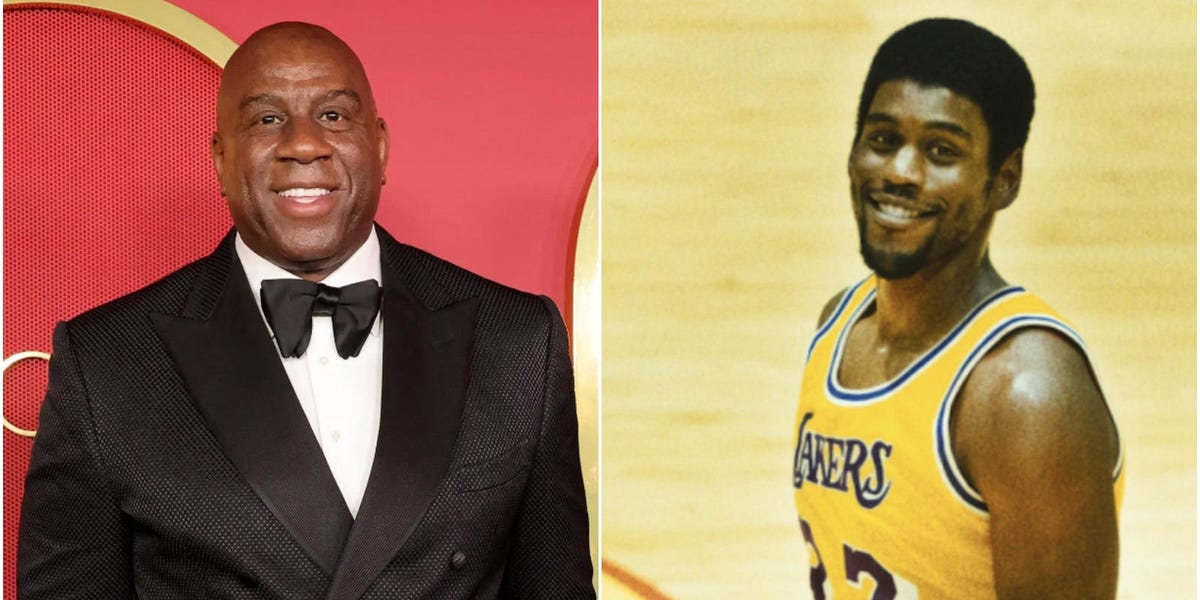 Former Los Angeles Lakers players and executives have publicly criticized the accuracy of the HBO series “Winning Time: The Rise of the Lakers Dynasty.”

The new series, which premiered last month, follows the rise of the LA Lakers basketball team in the late 1970s and is based on a biographical novel Showtime: Magic, Kareem, Riley, and the Los Angeles Lakers Dynasty of the 1980s” by Jeff Perleman.

However, Jerry West, who coached the Lakers in the ’70s, demanded an apology and retraction within two weeks of Tuesday for the former executive’s “baseless” portrayal on the show, according to a letter from his lawyers obtained by ESPN.

In the letter sent to HBO and producer Adam McKay on Tuesday, the coach’s former attorney, Skip Miller, wrote, “The portrayal of NBA icon and LA Lakers legend Jerry West in ‘Winning Time “is a fictional pretending to be fact – a deliberately false character who has caused great distress to Jerry and his family.”

West is one of many to speak out against the show.

HBO told Insider the series was “based on extensive factual research and reliable sourcing” in response to criticism.

Magic Johnson told Variety he refused to watch the series

The story of “Winning Time” begins in 1979 when basketball legend Earvin “Magic” Johnson joined the Lakers team. However, Johnson says Variety that he declined to watch the series after neither HBO nor creative executives asked him or his costars to participate.

“First of all, you can’t do a Lakers story without the Lakers,” Johnson told the outlet. “Real Lakers. You gotta have guys. There’s no way you can duplicate Showtime. I don’t care who you get.”

Quincy Isaiah, who plays Johnson on the show, told TMZ that there was “no malice” behind the show after hearing criticism from Johnson and other Lakers players.

“I mean, I understand where they’re coming from because it’s their life story,” Isaiah said. “So it’s tough. But I really feel like we’ve done a pretty good job of showing humans and showing a full version of who we at least perceive them to be.”

Former Lakers coach Jerry West has demanded an apology, arguing that the show portrays him as an “uncontrollable, intoxicated rage addict”, according to a letter from his lawyers.

According to ESPN, West’s attorneys argued in a letter to HBO that the show “falsely and cruelly portrays Mr. West as an out-of-control, intoxicated rage addict” who “bears no resemblance to the real man,” adding that HBO’s disclaimer that the series was a dramatization does not absolve the network of liability.

Their letter also states that the show is “going out of its way to disparage Jerry West”, such as implying that West tried to “sabotage” Magic Johnson’s selection to the team in 1979.

During the first episode’s scene, West, played by Jason Clarke, makes excuses as to why Johnson shouldn’t be selected for the Lakers team before he angrily breaks a golf club.

West’s attorneys say series creators Max Borenstein and Jim Hecht acted with “legal malice” because this rage-filled rant and others depicted in the series did not occur in the novel “Showtime. ” from Pearlman nor in real life.

Statements from former Lakers players and employees such as Kareem Abdul-Jabbar and Claire Rothman included in the letter also deny that such episodes happened in real life.

The Los Angeles Times reported a week after the letter to HBO, West told their former Times sportswriter Bill Dwyre that he was ready to take the matter to court.

“The series made us all [the Lakers] look like cartoon characters,” West told Dwyre. “They belittled something good. If necessary, I will take the case to the Supreme Court.”

Abdul-Jabbar and Rothman have previously criticized the show’s accuracy.

Tuesday, Abdul Jabbar published a blog stating that the series is “deliberately dishonest” and “very boring”. The former Lakers player wrote that the series had a “bland characterization” and changed “hard facts” with “shaky cardboard fictions” that affected the legacies of those still alive.

“It’s a shame the way they treat Jerry West, who has openly discussed his struggle with mental health, especially

“, wrote Abdul-Jabbar. “Instead of exploring his problems with compassion as a way to better understand the man, they turn him into a Wile E. Coyote cartoon to be laughed at.

He added that another scene from the show’s first episode where Lakers player Norm Nixon and Johnson have a one-on-one basketball game at a party also didn’t happen. which Nixon also said did not happen during an interview on the “Cedric Maxwell Podcast” earlier this month.

Prior to the series’ release, Rothman, who was the general manager and president of the Forum arena where the Lakers were playing at the time, said Goldstein and Gasol, a Lakers fan websitethat she declined to appear on the show because she was not endorsed by Lakers President Jeanie Buss.

Rothman also said she didn’t like the way it portrayed her and Jerry Buss, Lakers owner in the ’70s and Jeanie’s father.

“What came out was he said when I went to meet Jerry, I unbuttoned my blouse three buttons,” Rothman said. “Now that’s bullshit. I had a long-term association as an arena manager. So I wouldn’t have cooperated anyway.”

HBO responded to the show’s criticism via a statement provided to Insider.

“HBO has a long history of producing compelling content drawn from true facts and events that are partly fictionalized for dramatic purposes,” the statement read.

The company continued, “‘Winning Time’ is not a documentary and was not presented as such. However, the series and its depictions are based on extensive factual research and reliable sources, and HBO strongly supports our talented creators and actors who brought to the screen a dramatization of this epic chapter in basketball history.”

The statement did not directly mention West’s letter requesting a retraction and apology. Ahead of the series premiere, McKay, who produces the series, told The Hollywood Reporter that they would make the series “in the realm of true history”.

“We’re coming into this with good intentions, but these guys don’t know it,” he said. “They’re used to a certain degree of media always chasing them, and if I could talk to them I’d be like, ‘No, no, don’t worry, we’ll paint the bigger picture,’ but I get it, they don’t know me or [our showrunner] Max Borenstein, and it’s their right to really not like it.”

“Winning Time” is available on