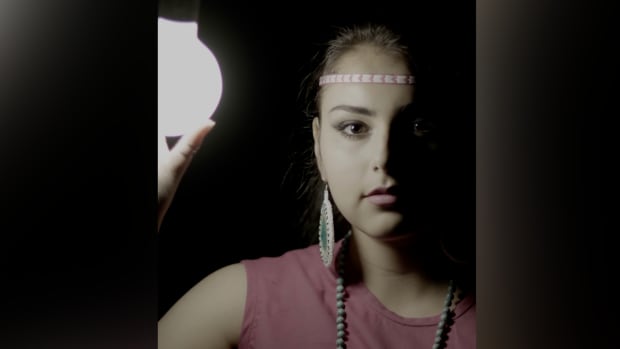 A group of indigenous Calgary girls released their second short film on Friday, entitled Shadows in time, which deals with racism and sexism based on their lived experiences.

The film follows the success of their first short film titled The road, which was published last year and explored various themes around MMIWG (Murdered and Missing Indigenous Women and Girls).

The road has since received awards, including Best Female Number at the 2021 Vancouver Independent Film Festival.

Everyone involved in the latest project has said that they hope this latest production will be well received as well.

“It amazes me. I never thought our films would be as big as they are,” said Brooke Strongeagle, co-writer and actor in Shadows in time.

Like the first movie, Shadows in time is a compilation of stories by young women, ages 10 to 17, put together by local playwright Eugene Stickland.

The script was then adapted for the screen by Calgary director Kristina Fithern-Stiele and produced by the Stardale Women’s Group, which helps Indigenous girls overcome all kinds of obstacles.

Strongeagle, 15, is from the Pasqua First Nation in Saskatchewan, but grew up in Calgary with his grandmother.

She remembers a major moment early in her life when she felt different from others. She says it happened when she first attended elementary school.

“And I remember coming home crying, crying to my grandmother, asking her ‘why I’m not white, why I wasn’t born white,'” Strongeagle said.

She says that she is now proud to be native and that she no longer feels that way. But looking back, she says she still feels bad that she made her grandmother cry too.

Nowadays, she says more and more people oppose racism – but she still notices it on a small scale – such as in the way people react when she says her name.

Fithern-Stiele says that because these were the girls’ personal stories, she believed they would have the most impact if told directly on camera.

“Putting people in a position where they have to listen to what these girls went through – and empathize with that and realize that this is still the way the world is, unfortunately,” said Fithern-Stiele.

Strongeagle thinks this strategy has worked.

“It amazes me how powerful our words can be when we have the voice to say it, to say what we need to be heard.”

McPhaden says the first film received a lot of positive reviews and was shown to different organizations, including the Calgary Police Department.

The Girls and Stardale hope to expand their audiences even further and bring the two films to classrooms in Calgary, where they say some of those experiences are ingrained.

“As truth and reconciliation were only on the precipice. We have a long way to go,” McPhaden said.

A free screening of Shadows in time takes place Friday nights online and in person at MRU’s Bella Concert Hall, starting at 7 p.m. More information on getting free tickets and live streaming is available here.