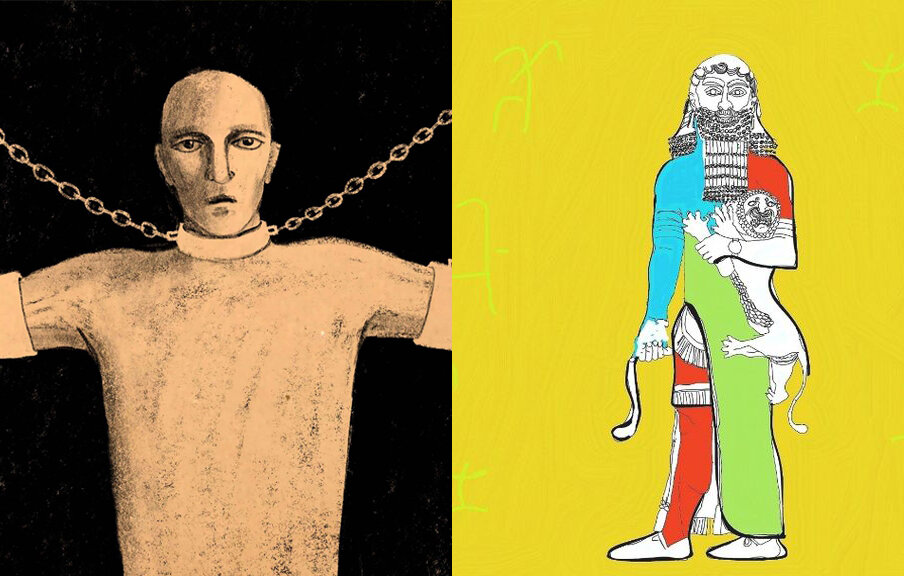 Directed by Hossein Moradizadeh, “Gilgamesh” was selected as the best mythology film at the festival’s closing ceremony on July 23.

The animated film tells the story of Gilgamesh, a hero of ancient Mesopotamian mythology and the protagonist of the Epic of Gilgamesh, a poem written in Akkadian at the end of the 2nd millennium BC. He may have been a king of the Sumerian city-state of Uruk, which was posthumously deified.

Produced by the Institute for the Intellectual Development of Children and Young Adults, the film shows that Gilgamesh has failed in his sustained efforts to gain immortality. However, he finds a plant with the power of rejuvenation that can help him regain his youth, but a snake steals the plant after Gilgamesh leaves it on the shore while swimming.

The film follows a bird that flies through the sky, lands near a spring and gets trapped. Ten men pull in the nets and spin. In this rotation, the bird becomes a human. A man finds himself trapped in chains that stretch to the sky. Along the way, he meets an old man with a long beard and red hair whose whole body is bathed in light. The old man shows the way to reach the mountain of Qaf. The Simorgh flies out of its nest, the man follows it, opens its arms, and its hands turn into two wings. The Simorgh goes to a temple in the clouds. The man finds his chain and opens it. The man flies in the sky with his wings, then sits near a pond and slowly sinks into the water. When it comes out of the water, it becomes a bird again and flies away.

The film was produced at the Documentary, Experimental and Animation Film Center (DEAFC).

The Culture Cinéma festival was organized in a hybrid format from July 15 to 19.

The offline part of this festival was held at several venues of academic institutions, cinema chains and leading cultural hotspots in India.

“Steps of Freedom: The Story of Irish Dance”, a documentary by Irish filmmaker Ruan Magan, won the festival’s top prize.

This documentary tells the extraordinary story of how Irish dancing has developed over the centuries, growing from a traditional peasant dance to a form that has conquered the world and is enjoyed by tens of millions of people. The film shows how Irish dancing was both influenced and influenced by dance from many cultures and how it developed as an expression of resistance.

Baseball reliquary survived and is ‘better than true’