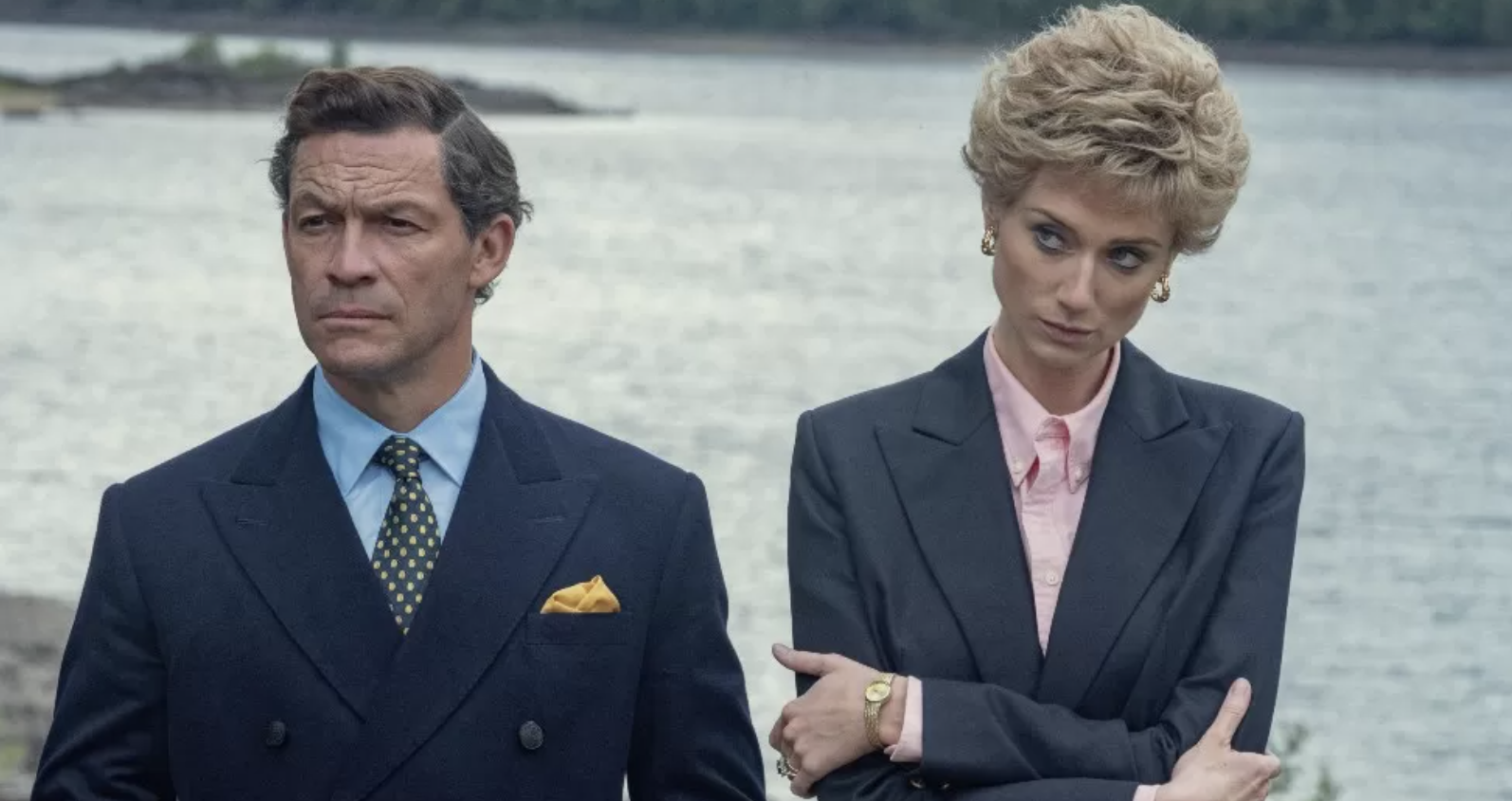 Is Netflix’s The Crown fact or fiction?

The last series of The crown has arrived on Netflix. To its predictable benefit, the show has already had prior publicity from high voices. Former Prime Minister Sir John Major, commenting on a particular scene in the series between him and then-Prince Charles, said it was a “barrel of nonsense” and that he would be ” deeply hurtful to a family who are still grieving…’ Dame Judi Dench, in an open letter to the Timeclaims The crown presented “an inaccurate and hurtful retelling of history” and urged its creators (successfully) to add a disclaimer admitting the drama was “fictional”. Now Sir Tony Blair has joined the chorus of critics, letting it be known that he regards aspects of the show as “complete and utter rubbish”.

With real-life historical dramas — or docu-dramas as they’re more quickly called — such rancor is part of a day’s work. When filmmakers set out to make dramas out of real events, said television critic Howard Rosenberg, “controversy is inevitable”. Writer-producer Jerry Kuehl railed against the form – a hybrid, almost a bastard, neither entirely fact nor entirely fiction – saying the profusion of documentary drama meant “more lies are being told about more real people than ever before. “. Sometimes historian and playwright have come to blows. In a famous case in 2003, Hitler’s biographer Sir Ian Kershaw demanded that his name be removed from the CBS miniseries. Hitler: The Rise of Evil. Having sworn to stick to the facts and avoid sensationalism, the filmmakers were now clamoring for new characters and more incidents. The drama prevailed over the documentary.

Others have distinguished between “fact” and “truth”, arguing that screenwriters be allowed to search for dramatic truths that can transcend the bare facts of time and place. “Fidelity, whether to biographical truth or literary text,” writer-director Alan Rosenthal said in his book Why a docudrama? (1999), “is the virtue of a pedant”. Yet he freely admitted that, with documentary drama, “the truth is very much in the eye of the beholder”, and that filmmakers tend to “select facts for their films that fit their biases and point of view. view on their subject. ‘


Why the Red Wave Never Peaked in the United States

There is also the question of technique. Unlike the world of the historian – rigorously footnoted and sourced – the playwright’s job may be to compress events, confuse characters, or even make them up to advance the story. Stories can be enhanced or juxtaposed for dramatic insight to provide you, the viewer, with an experience that works. As Thatcher’s biographer Sir Charles Moore has pointed out, Mark Thatcher’s disappearance in the desert during the Paris-Dakar rally didn’t quite go down as Peter Morgan describes in The crown Series 4, with the Argentine invasion of the Falklands (they are separated by several months), but their confluence makes it possible to take stock of the personal anxieties affecting public decision-making. It wasn’t quite true but it didn’t seem to matter much: no one was hurt.

Yet many would feel The crown’s other alleged distortions – such as the scene reported in the last series of Charles trying to conspire with the Prime Minister for the abdication of his mother, or the suggestion in the third series that Prince Philip had been partly responsible for the untimely death of his sister – cause real damage and are not so much poetic license as mere libel. Nor perhaps can they be justified on the grounds that, for a writer, conspiracy or personal guilt is inherently dramatic and provides the necessary form for created drama. We all know when we’re bored by too much detail, but do we know when we’re misled? Tellingly, Elizabeth Debicki, playing Princess Diana in series five, was quoted over the weekend as saying she never considered The crown ‘a documentary, or… evidently true.’

Discovering events you took at face value in a beloved documentary drama is always disappointing. In a 2020 essay titled “His Race is Run,” writer ASH Smyth detailed the fabrications in the Oscar-winning film. chariots of fire (1983), about the Olympic rivalry between runners Harold Abrahams and Eric Liddell in the 1920s. Disappointments, as Smyth writes, mount. That wonderful scene of Abrahams, newly arrived at Cambridge University, racing Lord Lindsay around the quad at Trinity Great Court never happened: Lord Lindsay didn’t actually exist. Raising Abrahams’ eyebrows in college by employing professional Italian-Arab coach Sam Mussabini was also nonsense – Mussabini’s help was not sought by him until after graduation . The great 1920s love story in film between Abrahams and D’Oyly Carte soprano Sybil Gordon – an invention of another writer. Decades later, one is likely to feel cheated, yet chariots of fire still a good movie. Even though it is a dubious story, it might inspire someone to seek the truth for themselves.

There were clearly times, however, where the documentary drama strayed too far from the facts and the writer’s political focus crushed them. In a pleasantly splenetic article by Comment in 1994, writer Richard Grenier deciphers all the lies in Jim Sheridan’s novel In the name of the Father (1993). It told the real-life story of Gerry Conlon and his father, wrongfully convicted of the IRA Guildford pub bombings, in an infamous British miscarriage of justice twenty years before.

Alongside the dastardly British justice system, Sheridan’s film has a flesh-and-blood villain, the wily Inspector Dixon (Corin Redgrave) who bullies Gerry Conlon into confessing, and then, when an IRA man called Joseph McAndrew admits to committing the crime instead, ruthlessly burying the evidence. The cop isn’t the only one playing fast and loose with the truth, suggests Grenier: Amid a jumble of distortions, neither Dixon nor McAndrew actually existed, in real life. Thompson’s bombastic speech in court at the end of the image – with a broken voice and tears – would also not be “in the history of British law”, Grenier tells us dryly, “for the simple reason that ‘it was never pronounced’. It’s another fiction.

However good Daniel Day Lewis performed as Conlon, or the late Pete Postlethwaite as his father, this was arguably one doc-drama that went haywire, not taking you so much into a historic journey than for a tour. “At what time?” asked the The Telegraph of the DayAs the critic at the time, “does dramatic license turn into unwarranted distortions of the truth?”

Debates will continue to escalate over which side The crown falls in, long after the series ends. Sometimes squalls can blow centuries after the events described or after the death of the author. In his book Year of the King (1985), the late actor Sir Anthony Sher, reporting on the preparations for his famous performance as Richard Duke of Gloucester, describes a letter he received at the time from a member of the Richard III Society. He accused him of being “another actor who ignores truth and integrity” by playing in a “monstrous lie perpetrated by Shakespeare about a very valiant knight, an honorable man and an excellent King”.

What is good enough for Shakespeare is probably good enough for Peter Morgan. But the two could well have prefaced their works with Morgan’s on-screen disclaimer. The agreement (2003), his drama-doc Blair-and-Brown from a more cautious, perhaps less praiseworthy point of his career: “Much of what follows is true.