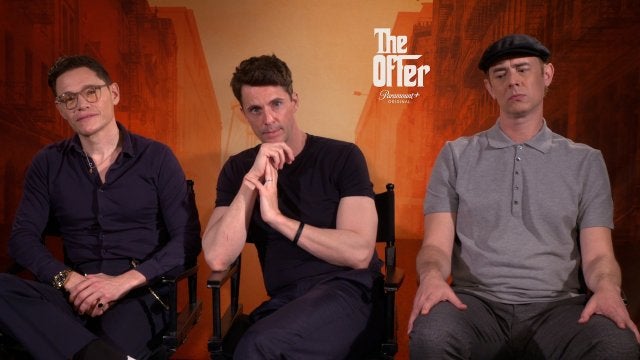 “The Godfather” may be one of the most legendary movies of all time, but the story of its making is legendary, now told in the Paramount + series “The Offer.” And you better believe it was a daunting project for the show’s writers and executive producers.

“I think it was a combination of really exciting and scary as hell, because you feel a big responsibility,” EP Russell Rothberg told TheWrap when he sat down for a Zoom interview alongside EP, writer and showrunner Nikki Toscano. “It’s the greatest movie of all time. And we were all fans of it and everyone in the writers room was a fan of it. And we wanted to do the movie justice, pay homage and tell the best story we can, centered on Al Ruddy obviously, because he was our main source, but I would say it was a combination of exciting and scary.

Series creator Michael Tolkin, who also wrote and serves as an EP on the show, interviewed “Godfather” producer Albert S. Ruddy about his experiences directing the film, producing 120 single-spaced type pages . And it is the material of these discussions that has become the compass that guides “The Offer”.

“Our North Star was the Al Ruddy stories, this incredible sort of compilation of all these different stories that had happened to Ruddy throughout the making of this movie,” Toscano said. “And then I think we incorporated using other resources, you know, Robert Evans’ book, Peter Bart’s book, Nicholas Pileggi’s articles on ‘The Godfather’‘ wars, a number of different resources to control us along the way.

“That being said, this is not a documentary,” Toscano continued. “We wanted to honor the creative integrity of the people who went to great lengths to make this film what it was, but not every choice we made was governed by ‘It happened exactly like that.’ Could it have happened exactly this way is a question we get asked a lot in the writers room.

Although there are moments in the series that seem to have been made up – for example when Miles Teller, as Ruddy, finds himself in a dangerous situation while returning from a date with the assistant Betty (“Ted Lasso” Juno Temple), or Robert “Bob” Evans (Matthew Goode) gets an uncomfortable warning – it’s not.

“I think of something that I would point out that I never knew before was that Ruddy was actually very early on, threatened by the crowd when they shot at his car,” Rothberg said. “And I thought it was something you would say, ‘Oh, that’s just narrative fiction.’ And it happened. Did it happen exactly as we described it? Maybe not. Maybe it was some other kind of shooting. But his car was shot and I thought that it was truly something incredible that I had never experienced before. 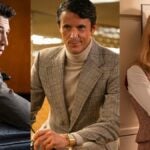 Above all, the producers said they tried to make a series that honored the history of making a movie that means so much.

“I think we were all ruled by our passion and love for the movie ‘The Godfather’ and crafting a story and honoring and taking up the torch of responsibility to recreate what it could have been from doing this movie at that time,” Toscano said.

“The Offer” will premiere with three episodes on Paramount+ on Thursday.