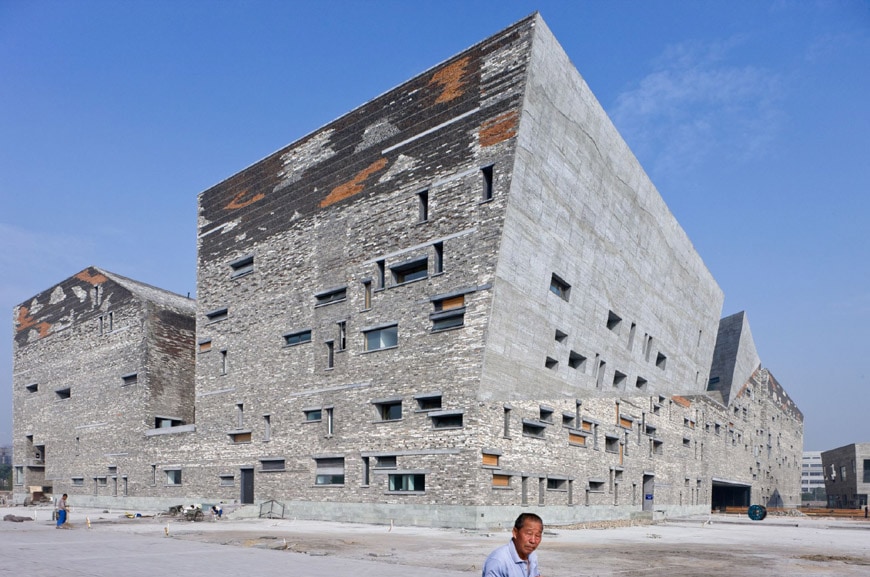 “Baan followed his interest in documentary photography, before focusing on recording the various ways in which individuals, communities and societies create and interact within their built environment”, on the Iwan Baan website

Yet in his photos, people never look like they’re posing or being “directed” by someone else; they always act in a very natural and casual way; more than architectural photography, his work could be called “architectural photojournalism”.
Such interest in the relationship between people and architecture is particularly evident in his images of the unfinished Tower David in Caracas, which won the Golden Lion at the Venice Architecture Biennale in 2012, the Konokono Vaccination Center designed by SelgasCano Architects in Kenya, and Herzog & de Meuron’s Morro Arena gymnasium in Brazil. (We are sorry that we cannot publish images of these projects for copyright reasons; anyway, you can find them on the official website of Iwan Baan: https://iwan.com/)

Although technically very rigorous (you will hardly find a line that is not perfectly vertical in his photos), Baan does not prepare his shots obsessively, as many architectural photographers do by waiting for hours for the perfect light and the sky in the perfect background; he shoots rather instinctively, on the contrary, at all hours of the day – including noon, which is generally considered the worst time of day for outdoor photography – he travels light and alone, without assistants, and uses still its full-frame portable camera, without tripods. Yet he frequently hires a helicopter to photograph buildings from above and from unorthodox vantage points.
Baan’s favorite gear includes rather standard Canon 35mm digital cameras, usually paired with ultra-wide and medium-to-super telephoto lenses. He also uses an Apple iPhone to take photos and videos which he regularly posts on his Instagram page.

The absence of tripods and high-end medium-format cameras didn’t stop Baan from shooting technically “extreme” images, like the famous “The City and the Storm,” a nighttime view of powerless Manhattan just after the Hurricane Sandy in 2012, which was taken by him from a chartered helicopter with a handheld Canon EOS-1D X and a 24-70mm lens, set to ISO 25600, a 1/40 sec. shutter speed and an f/2.8 aperture. After being featured on the cover of New York Magazine, the photo was also made into posters by MoMA to support Hurricane Sandy relief efforts and was awarded “Cover of the Year” by the American Society of Magazine Editors (you can see this image here on Iwan Baan’s site). This iconic image, along with others the Dutch photographer took in New York on the night of October 29, 2012, demonstrates Baan’s ability to turn his exceptional technical skills into expressiveness.

Netflix Hidden Codes: How to Access Secret Movies and TV Series on the Streaming Service