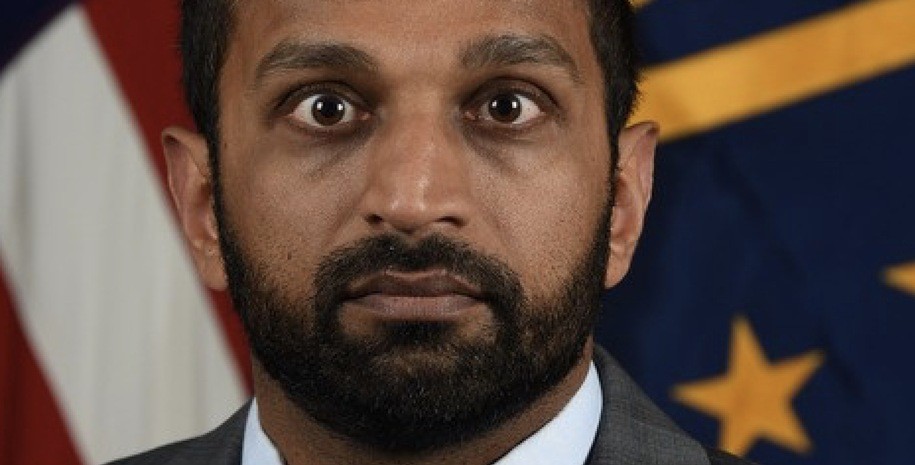 One of the things that marks the Trump administration is the casting of sycophants, crooks, fanatics, crooks, and just plain lunatics who flock to Trump. Many supposedly wise people took comfort in thinking that a man who had never served in public office, was a sexual predator, had no idea how government worked, had a history of a crooked businessman with a string of failures behind him, a man who had sworn to “drain the swamp” — all of this, yet they thought he would “grow in the business” and be surrounded competent people who would give him good advice.

In the beginning, there were people who tried to play this role of “good adviser”. None of them lasted very long or were able to hold back Trump, whose main requirement for staffing his administration was to surround himself with people who would kiss his ass, only tell him what he wanted to hear, would show unquestioning loyalty and could be eliminated at any time. he needed a scapegoat or they somehow offended him.

Whether the Joker never became president, the crew around him would look a lot like how Trump ran the White House. It wouldn’t be too outrageous to characterize working for Trump as entering an S&M relationship — and Trump has attracted some real sadists. Power over others is a key part of this type of relationship, and there’s no doubt that Trump likes it. (See Bob Altemeyer’s characterization of Authoritarian leaders of the Upper SDO, via Sara Robinson.)

Among the many obsessions and conspiracy theories developed by Trump, investigations into his many ties to Russia gave rise to his entire “RussiaGate” conspiracy complaint. The bottom line is that all of the allegations that Russia helped him get elected and that he welcomed Russian help are total fiction – Fake NEWS, a witch hunt, etc. etc

Speculation about the files he stole from the White House has included the idea that he planned to release classified documents that would ‘prove’ the whole thing was a conspiracy against him – and that’s where Kash comes in. patel.

Tim Weiner, a former national security correspondent for The New York Times had a recent opinion piece: The Mysteries of Mar-a-Lago.

Donald J. Trump enjoys attacking the “deep state” – the imaginary cabal of soldiers, spies and secret agents seeking to destroy it from within government. During the last year of his presidency, he aimed to kill this mythical beast.

He placed loyalists in powerful positions at the top of the Intelligence Community and the Pentagon, seeking to dig into their top-secret files for evidence that the ‘deep state’ spied on his 2016 campaign, then blamed him for his dealings with Russia and Ukraine, acts for which he was investigated and indicted.

One such loyalist is Patel.

Mr Patel, who sports a large lapel pin reading ‘K$H’, was one of Trump’s appointees who led the bid to uncover the secrets of the ‘deep state’ that consumed the president during his last year in power. He was in turn the right arm of the acting director of national intelligence and the acting secretary of defense. And in his last desperate weeks in office, Mr. Trump came close to make Mr Patel the acting director of the Central Intelligence Agency. Faced with the wrath of the current director, Gina Haspel, the president backed down at the last minute.

But Mr Patel has remained in the ex-president’s orbit as the confrontation over the Mar-a-Lago cache slowly escalated this spring. In June, when he became an official representative of the National Archives, a Trump’s spokeswoman pointed out that Mr Patel was working to release “documents that reveal a clear conspiracy to illegally spy on then-President Donald J. Trump” – in other words, the same kinds of documents he appears to have sought to uncover at the highest levels of US intelligence two years ago, under orders from Mr. Trump. (Mr Patel did not return an email seeking comment.)

There is no doubt that Trump is at the center of a fantasy world and is fiercely resisting any effort to unravel the alternate reality that is his natural habitat. It is his mark, and the reality is his Kryptonite.

Several days ago, I posted on Trump and Patel, discussing the possibility that documents at Mar-a-Lago may have been part of Patel’s efforts to bolster Trump’s “RussiaGate” CT. While writing it, I came across Patel’s book that turned conspiracy theory into a children’s tale. To repeat from this log:

The ABC NEWS report mentions in passing that Patel wrote a children’s book. “The plot against the king” is a book Trump could have read – he’s got colorful pictures and he’s the hero – with Wizard Patel and Duke Devin. And it’s not just Hillary who’s the bad guy; there’s a “Shifty Knight” who claims to have found proof that King Trump cheated in a “steel box”, a “Keeper Komey” and false heralds. You can’t make this stuff up, even if Patel can.

Hillary Queenton and her sneaky knight had been spreading lies that King Donald had cheated to become king. They claimed he was working with the Russians! But how is this possible? Join Kash, the distinguished discoverer as he uncovers the plot against the king, and who was really behind all the lies.

The Amazon link for the book has sample pages – see for yourself if you think you can handle it.

On the publisher’s websitethey are explicit about what they want to do with this book.

Description of the book

A key player in uncovering one of our nation’s greatest injustices tells the whole story—for the kids!

Kash Patel is teaming up with Beacon of Freedom Publishing House, an imprint of BRAVE Books, to bring the whole family a fantastical account of Hillary’s horrific plot against Trump.

Full of false heralds and Guardian Komey’s spy slugs, it’s a tale of boldness and danger. But don’t be afraid! Kash the Distinguished Discoverer will win.

What Patel has to say:

I think it’s important for everyone to know the real story behind the Steele dossier and the Russian collusion narrative.

This book is one way I do my part to share the truth. This story cannot be forgotten. I also had the honor of contributing to a documentary, The Plot Against the President, where I, Devin, Donald Trump Jr. and several others told our story in much greater detail.

To get an idea of ​​how Patel sees himself in his quest to prove “RussiaGate” is a Fake News hoax, The plot against the king perhaps reveals more than Patel realizes. Here is an example of a page from the book:

Now, maybe that’s reading too much into what’s supposed to be a children’s book. (And Trump and his base – but I’m repeating myself.) Given what we’ve seen time and time again, from Trump and those around him, it would seem more believable to take this exactly as what it shows about them and their view of the world.

If Patel was the only person around Trump like that, it would be troubling, especially given the high level of access he had to the most sensitive information the government has. Unfortunately, Trump has surrounded himself with cronies like Patel, inserting them everywhere as Weiner points out. How many left ? How much damage have they done and will they continue to do?

Even more troubling is the prospect that a second Trump administration would see Trump install as many loyalists as possible throughout the government and purge those who do not give him full loyalty.

The Republican Party would agree with all of this. Brandi Buchman quoted former CIA Director Michael Hayden on how dangerous the GOP has become.

… Hayden is a retired four-star general who served as director of the Central Intelligence Agency (CIA) and director of the National Security Agency (NSA) under former President George W. Bush. His stance on GOP Today was offered on Twitter when he retweeted a message from Edward Luce, deputy editor of the Financial Times.

“I have covered extremism and violent ideologies around the world in my career. I have never encountered a more nihilistic, dangerous and despicable political force than today’s Republicans. Nothing close” , Luce wrote.

“I agree. And I was the director of the CIA,” Hayden tweeted in response Wednesday.

Children’s stories are generally meant to be educational and entertaining. “Are our children learning?”

Do you think people realize how dangerous Trump and the Republican Party are?

Do you think people realize how dangerous Trump and the Republican Party are?

Some never will – until it’s too late.

I’m crossing my fingers that there’s enough willpower to stop them in time.

Where is the cast of the original ‘A League Of Their Own’ now?