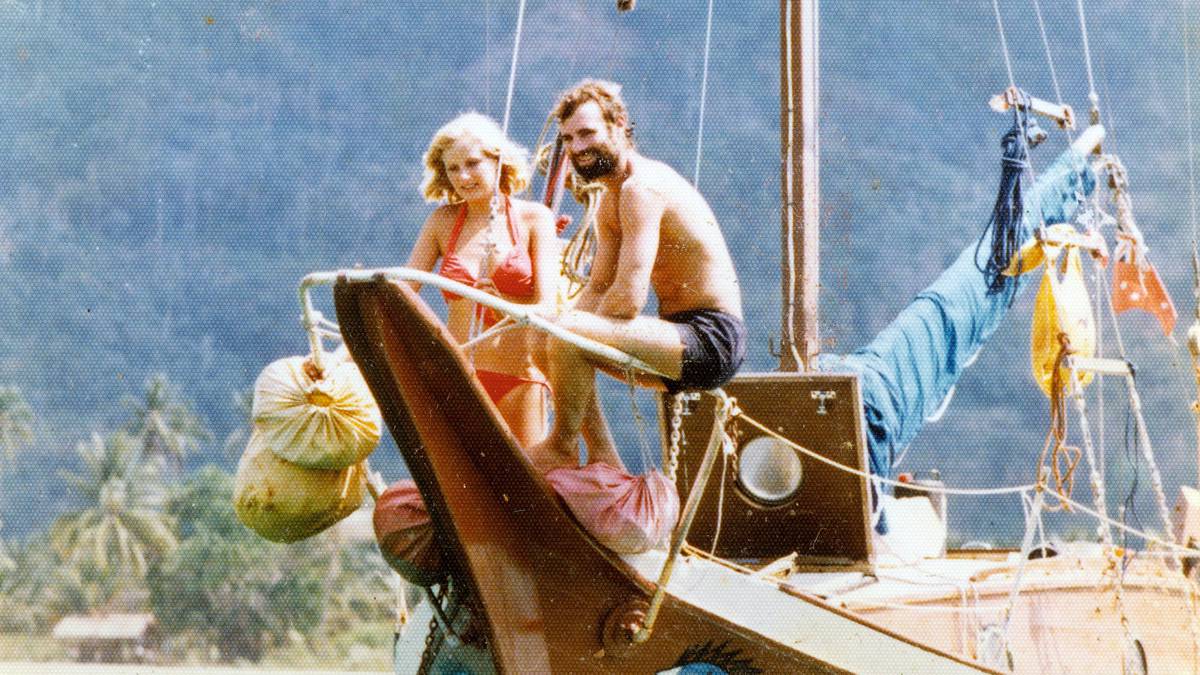 Kerry Hamill with his girlfriend Gail Colley aboard Foxy Lady. After that, Hamill continued to sail with two other friends but the Cambodian authorities seized the boat. Photo / Supplied

A long journey for justice ended in disappointment for Olympic rower Rob Hamill after a former henchman involved in his brother’s death came out free.

New Zealander Kerry Hamill was tortured and killed in Cambodia in 1978.

Meas Muth has been accused of participating in the deaths of Hamill, British teacher John Dewhirst and thousands of others during the Khmer Rouge regime.

Rob Hamill told the Herald he was saddened to learn that the former Navy Commander’s charges before the Extraordinary Chambers of Cambodian Courts had been dropped.

“This trial, this tribunal, was set up to give these people a semblance of justice.”

Kerry Hamill is said to have drifted in Cambodian waters with Dewhirst and his Canadian friend Stuart Glass during the Democratic Kampuchea era.

Glass was shot when the boat was seized. Hamill and Dewhirst were captured, then transferred to Phnom Penh and executed.

Muth, 83, has been accused of causing at least 7,400 deaths under the Khmer Rouge regime.

But he had argued that he was not influential or guilty enough to be prosecuted for war crimes.

The ECCC investigation went back and forth for more than a decade. Shortly before Christmas, the United Nations-backed tribunal declared the case closed.

The war crimes tribunal said the case would end due to “the lack of a final and binding indictment.”

Hamill said he learned of the decision through a third party.

“The court did not tell me, which is strange, because I am registered as a civil party in the case.”

One of the tribunal’s international judges indicted Muth in 2015 with murder, extermination, slavery, political and ethnic persecution and other inhumane acts.

In 2018, a national judge ruled that Muth was outside the jurisdiction of the ECCC and dismissed the case.

But an international judge the same year sentenced Muth to stand trial for torture, murder, enslavement, genocide, forced marriage and other crimes.

Rob Hamill dismissed claims that Muth was not guilty.

“Meas Muth was the last real surviving leader of the regime, I guess. He was the first leader, personally speaking, who had the power to free Kerry.

“It was this person on the ground in this area where he was captured, and he gave the order to have them transferred to Phnom Penh,” Hamill said.

“He claimed he hadn’t met Kerry, but it’s a pretty far-fetched story that he didn’t interact with Kerry at one point and John Dewhirst.”

Rob’s mission to understand what happened in Cambodia was recounted in the documentary film Brother Number One.

Hamill, currently in Australia, said the hybrid model of the ECCC incorporating judges and laws from different countries was problematic.

“At the end of the day, it was very few people you can count on who made the call,” he said.

“This is an example where governments with too much power manipulate the results on their own agenda.”

Hamill expected that Muth would now live out the rest of his life in his hometown as a free man.

“He has a nice little house. We visited his house.

Hamill had planned to visit Cambodia recently, but restrictions related to the Covid-19 pandemic thwarted those ideas, he said.

Despite his disappointment in the war crimes tribunal, he does not rule out returning to Cambodia.

“It doesn’t change my opinion of people at all. It’s a beautiful nation, their culture is wonderful.”

The man who changes the way we think about the Internet