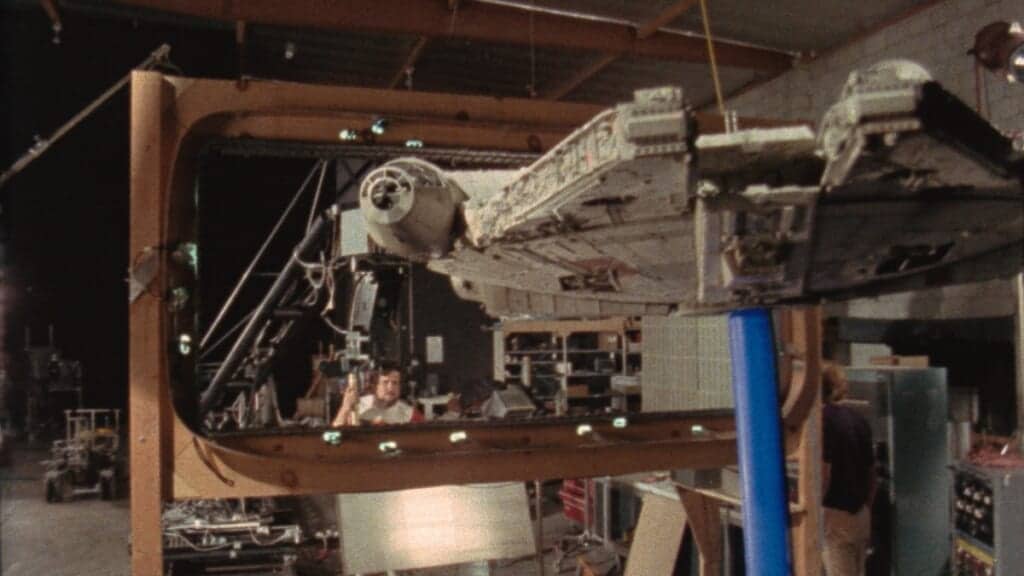 As a writer, Lawrence Kasdan has created stories that would be impossible to tell without groundbreaking visual effects house Industrial Light & Magic. Kasdan, who co-wrote ‘The Empire Strikes Back’ (and several other ‘Star Wars’ projects), ‘Raiders of the Lost Ark’ and ‘Dreamcatcher’ (which he also directed), has always been close to ‘ILM. But his latest project, a six-part documentary series called ‘Light & Magic’, delves into the history and pedigree of the company, which was created to work on the first ‘Star Wars’ and transformed the industry. , again and again. .

In 2019, Kasdan and his wife Meg made a short documentary called “Last Week at Ed’s,” which chronicled the closing of a beloved West Hollywood restaurant. (The Kasdans used to hang out with him.) “While making this documentary, I fell in love with documentaries,” Kasdan said. “I love the process. I love not knowing what the story was at the start. I love that people are more interesting in real life than whatever you make up in your head in a play. And I thought, I want to do more.”

Kasdan met Imagine Entertainment, the production company founded by Ron Howard and Brian Grazer. When they asked him what he wanted to do, Kasdan told them he wanted to do “a visual effects story”. Imagine said they already have a relationship with Disney+ and Lucasfilm and instead offered a project telling the story of Industrial Light & Magic. “It was like saying, you want to go back to your old high school because I really grew up there. And I didn’t know that even being there for so long. I didn’t know how anything worked. And I I didn’t know the story of these people. I said that’s what we should do. Imagine (and Disney+) agreed.

While working on “Raiders of the Lost Ark” and “The Empire Strikes Back,” Kasdan admits he was aware of what ILM was doing, but wasn’t very involved. He was working on his own career as a filmmaker and the writing process for these projects was quite complex. “I certainly didn’t know that they had come from all over the world and all over the country to this place that had miraculously appeared,” Kasdan said. He credits John Dykstra, one of the pioneering “Star Wars” artists, for believing that these people, from various disciplines, would work well together. And for the genius of George Lucas, who said, “We’re going to make it work,” even though no one knew How? ‘Or’ What exactly.

“[Lucas] loved moments of tension. And he didn’t know if he would be able to get the job done on time and on budget, but they all worked out for him,” Kasdan said. “And partly because he drove them very hard. Still, the mood was full of fun.

Of course, this kind of push-and-pull can lead to a hiatus, and after “Star Wars” ended, Lucas fired Dykstra, which is talked about very openly in the documentary series. “I love that part of the story. I agree it was never said. And I have this faith that if I talk to people, they’ll tell me stuff. And that may not happen right away. But if you ask the right questions, you’ll get to what you want,” Kasdan explained. “It also requires someone like Dykstra and George to be very outspoken. I think people have that ability. But John was so open and upfront about it. And the people who worked to keep John were, and George was very clear, and there was a lot of archival material about him at the time, his frustrations, his worried that he was having a heart attack, he was so stressed? I thought that was a great story. And these people were generous enough to say it.

Another big surprise in “Light & Magic” is how it captures the friendship of effects artists Dennis Muren and Phil Tippett, pioneers whose relationship forms the emotional core of the story. (Tippett is also very open with his mental health issues.) For Kasdan, it was equally surprising. “That was one of the joys of doing that and that’s why I was drawn to documentaries so late in my career,” Kasdan said. “You don’t know anything and you go there. And if you’re the right person, you create an atmosphere and Imagine was fabulous about how we handled it, people will open up to you. And I love this story.

Telling the story of Industrial Light & Magic, an effects house that touched everything from ‘Mission: Impossible’ to ‘Twister’ to ‘Pirates of the Caribbean’, Kasdan also tells the story of modern cinema . How technological advancements enable different kinds of stories to be told and how these technological advancements also inspire storytelling. (A company called Pixar originally started as the computer graphics division of ILM.) More recently, ILM was responsible for “Volume” technology, the real-time screen used for things like “The Mandalorian,” ” Thor: Love and Thunder” and even “The Old Man” from FX.

When it came time for Kasdan to create his own visual effects extravaganza, “Dreamcatcher,” based on Stephen King’s novel (which was written in a haze of painkillers after his accident), he knew who to call. Although the film was somewhat underwhelming (it’s ripe for critical re-evaluation and recognition as a future cult classic), working with ILM was a dream for Kasdan. “The movie was a bad experience for me, but it wasn’t their fault,” Kasdan said. “I love dealing with them. But I don’t know if I’m using them properly. I’ve learned quite a bit doing this show. How much Steven [Spielberg] and Bob [Zemeckis] and George, how ILM depended on them in the process, where they were like, “This is what I want.” Can you make this happen? They would say, ‘This is how I feel. What can we do?’ And that’s the right way to use ILM. I’m not sure I did that enough on ‘Dreamcatcher’ and but you know, the effects aren’t the problem with the film, the film is the problem with the film. (Somewhat tellingly, no “Dreamcatcher” footage appears in “Light & Magic.”)

“Light & Magic” is so special, so grounded in the background of one of modern cinema’s most delicate and transcendent art forms, that you wish it was longer than six hours. With the kind of ground ILM is constantly breaking, we wondered if there was a chance that Kasdan would return and produce new installments. “I never mean never,” Kasdan said. “I just want these things to be satisfying on their own. I’ve written a lot of sequels, but I’m not drawn to sequels.” Yet “Light & Magic” is the story of making the impossible possible. If anyone can (and should) continue to tell their story, it’s Kasdan.

Petition launched for Harper Collins, Amazon and The Tolkien Estate to stop selling ‘Rings Of Power’ covers of ‘The Lord of the Rings’