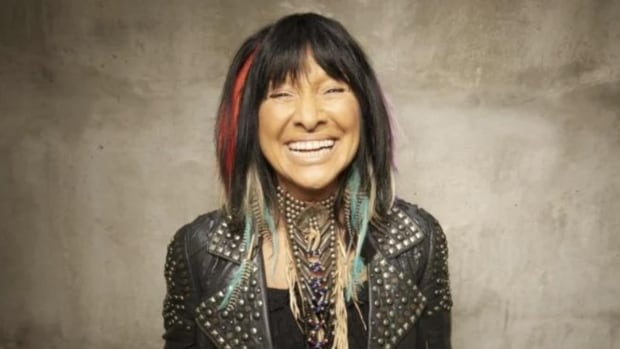 Lunenburg Doc Fest will be onsite and online September 22-28

“The festival’s first hybrid film schedule gives our audience the choice of watching on location or online, or both. Also new this year, Lunenburg Doc Fest kicked off its ninth edition with a pre-festival series “Docs on the Dock”—open-air projections over our city’s beautiful harbor,” says executive director Pamela Segger.

“The Dock Market industry symposium for filmmakers and other industry professionals is also being offered in a new hybrid format (September 22-26). Alternatively, we are delighted that the filmmakers in-person Q&A are back and that the festival is spearheading two new initiatives for underrepresented media artists in Atlantic Canada, including The Launch, a $20,000 live presentation competition.

We asked Segger to weigh in on a few other festival topics:

Is there a movie that has that WOW factor or is already creating buzz, even before the festival opens?

“Without a doubt, the buzz has increased for our opener on September 22 Buffy Sainte-Marie: Carry on. – a retrospective on Buffy’s impactful career and extraordinary life, the film examines what it’s like to be out of step and ahead of time.

Which films will stick with audiences long after the festival is over? This film has people we’ve been thinking about for a long time.

“Among the many films that will not be soon, if ever, forgotten:

“A bit like a film within a film by two budding documentary filmmakers, The exiled captures veteran filmmaker Christine Choy, a captivating character in front of and behind the camera, as she revisits her abandoned film work with Tiananmen Square survivors and exiled leaders of the 1989 protests.”

“The Roots of Fire features five award-winning musicians fighting against stereotypes of the American South to advance the Cajun music of their ancestry – one of the musicians from the documentary will join us from Louisiana to perform after the screening.”

“To abandon is a cinematic exploration of the vast and eerily beautiful places where things go to die, and the people who collect, restore and recycle the world’s trash.”

“Scream at midnight recounts how Wendy Davis’ filibuster in 2013 galvanized a new generation of activists and reveals what’s at stake for all of us in the fight for reproductive freedom — timely given Roe’s overthrow against Wade.

“Unloved: The Forgotten Children of Huronia is part crime novel, part social history, as the filmmaker’s quest to uncover the plight of her disabled brothers uncovers a shocking tale of institutional neglect and abuse.”

And what is the one thing that stands out (perhaps an event, a panel, a gala, a filmmaker) from this year’s festival?

“Aside from a big-screen throwback and on-location Q&A with the filmmakers, standing out is a connection between opening night Black & White Gala celebration inside and under that starry sky and our in-person industry events at the Dock Market, such as the “Art of Co-Production” panel with Canadian documentary icons Ina Fichman (President, Intuitive Pictures) and Peter Raymont (President, White Pine Pictures), a session on “Fair Use” and a workshop on “Crafting a Sizzle Reel” to unlock funding for a filmmaker’s next documentary. Lunenburg Doc Fest will also feature 12 free community events during the festival, including all short film programs, a musical performance and more. »

Earlier this year, the Doc Atlantic Breakthrough 2022 program for BIPOC creators was announced. Can you tell us a bit about this program and its role in the Lunenburg Doc Fest?

“In affiliation with the DOC Atlantic chapter of Documentary Filmmakers of Canada (DOC), Telefilm Canada and the Canada Media Fund, Lunenburg Doc Fest is proud to lead the first DOC Atlantic Breakthrough Program for Emerging Talent from Black, Indigenous and People of Color (BIPOC). The program offers valuable support that helps each artist develop and present their documentary project through mentorship, training and presentation to key decision makers in the film industry. »

“A second initiative, The Live Pitch Launch Contest, is funded by the Nova Scotia Creative Industries Fund and co-presented by Bell Fund and RBC. The launch features five emerging Nova Scotian media artists from underrepresented communities competing for the $20,000 prize. Each filmmaker has five minutes to present a jury of industry professionals and the public – the public can also win a prize. We invite everyone to join this exciting and free event, choose their favorite pitch and have a chance to win local gifts and a Film Pass for Doc Fest 2023, our 10th edition.”

The power of names and language unifies this selection of short films that explore shifting identities and the intrinsic qualities and impact of words. These shorts will be screened at Central United Church, 283 Lincoln Street, Lunenburg, on Friday, September 23 at 6 p.m.

Documents include: words matter, My name is 張麟發Tommy Lan Phat Truong, Fatima in Kabul and Patty versus Patty.

7 fun things to do in Austin this weekend: September 22-25