When Drive to Survive was first released, shortly before the start of the 2019 F1 season, it came as a revelation to many in the F1 paddock: not so much for its careful and insightful depiction of life in the sport – the machines of which was, of course, the lived experience of the people in question – but rather for the immediacy and completeness with which it generated an entirely new, often very different fan base: it’s one thing to think that a new documentary series about your workplace is well received; another of being bombarded with questions about Lewis Hamilton’s driving style from the grandmother who, until now, had never shown the slightest interest.

As season 4 of the Netflix phenomenon is about to drop, the experience has, to some extent, normalized as it heralds the new season, providing an intimate portrait of the past year. Like any portrait, it’s an interpretation of the subject rather than a facsimile – but nonetheless it provides an instant hit of recognition, functioning partly as a recap, partly as a coda to the previous championship.

And while fans binge-watch the new series, F1 is moving fast, welcoming the cameras to begin filming Season 5. It’s another experience that’s become normalized: shooting the ubiquitous Netflix camera crews has simply become part of the sports fabric. So much so that it takes a conscious effort to remember what a drastic departure from the norm it was when they arrived in 2018. McLaren were quick to embrace it, as the most teams, although there was early hesitation in some quarters. It didn’t last beyond the first season and the fact that “Netflix This Weekend” soon became part of how the garage operated.

But how, precisely, does it work? Shooting the 10-part series is a one-year commitment. Like all expert documentarians, the DtS team is adept at hiding in plain sight, capturing everything without overshadowing. It does, however, require careful planning and quite a bit of negotiation, as McLaren Racing communications director Tim Bampton explains…

Q: Tim, you just wrapped up your first meeting of the new season with DtS. What kind of things are on the agenda?

The deal between F1, the teams and Netflix is ​​done well in advance, so at this time of year we sit down for the first time to discuss the practical planning and logistics of the actual filming. We’re starting to map out the races they think they’ll want to film McLaren in and the likely storylines they – and we – see developing. Discussing the story is a very collaborative process. We’ve always been reasonably pragmatic and realistic: the story will evolve as the season progresses.

Q: What is the level of access to Netflix for Garage and Team? How often were they filming the team in 2021?

We have always tried to provide as much access as possible. Last year, in chronological order, they were included in the Bahrain team, Imola, Monaco, Monza – it was lucky – and Austin. The more they can do, the better they’ll be at capturing the real story. Although it can be embellished in places for dramatic effect, basically if you give them free access with good latitude they can tell the whole story. This has always been our approach. After doing this for four seasons, it’s now a much more organic process than it was the first year.

Q: You use the word “integrated”, is the film crew so close to the crew?

Less in 2018 and 2019 but absolutely in the Covid-stricken 2020 and 2021 seasons. Before the pandemic, they arrived in the morning, did their job and left in the evening. When one started rolling in bubbles, however, they were forced to embark on shifts for the weekend. This had a real impact in terms of bonding: traveling with the team; eat with the team; stay in the same hotel; wear the team kit. For all intents and purposes, they were part of the team: they were part of the furniture over time, which was probably ideal for their purposes and what any documentarian would want.

The first two series are good, covering the 2018 and 2019 seasons, but we were able to work with them more intuitively in 2020 and 2021 and as a result we felt like we could bring the fans closer to the team and that we were better able to show everything that happened.

Q: Restrictions are relaxed for 2022. Will the filming regime return to the standard model, or will film crews still be included?

I suspect we will have a hybrid model, somewhere between the two styles. I hope it stays more towards the integrated route, because I think everyone is used to working like that now and there’s real value in bringing them into the team for a weekend – although in In practical terms, there is a trade-off with their ability to be nimble and move around the paddock, so I think we’ll probably have something between the two models.

Q: Will the opening of the F1 inner workings have a ripple effect on other content the team will produce? Does it influence, for example, how McLaren without box is made?

I would say other content is informed but not inspired by DtS. Regarding our behind the scenes short film Unpacked series, we drew more inspiration from Premier League football and American sports than DtS. Unpacked is deliberately very raw, very real and has no varnish. It’s a short and very current form, responsible for bringing fans together by allowing them to get an idea of ​​the character and personality of the team. DtS, on the other hand, is suitable long content. They each have their place in the ecosystem.

Q: How straightforward is Drive to Survive? Is something off-camera, do you have the ability to veto footage, and can you see the finished story before the season premiere?

The only things really off limits are team intellectual property and anything performance sensitive. Obviously they take the racing footage and do a great job with it, but they still tie it back to the drivers and the human dynamics in the sport – so I suspect DtS viewers aren’t too concerned about the geometry of our body or suspension set-up – but our competitors certainly would, and so it’s understood that anything showing our IP would come out. Beyond that, there are not many prohibitions!

As for a preview of the new series material, we see any clip that relates to McLaren. Everything about our drivers, our employees, our cars, we see in advance, but not in the context of the material around these clips. We also hear images of other teams talking about us. There’s some negotiation built into the process and there may be times when a team doesn’t like something editorially, but that doesn’t necessarily result in change. We have never needed to resort to formal arbitration – not even close – but there are elements on which opinions differ.

Q: Isolated interviews on the dark set have been a notable feature of the series. Does Netflix organize them with the drivers or is everything done by the team?

Everything is managed by the team for the pilots and the senior managers. We will coordinate the drivers with all their other commitments – their schedule is so full that we have to plan it well in advance. That said, DtS may want to do some shorter interviews later in the season in response to whatever is the story at the moment. They’re good enough to rig the black sheets in a hotel or here at MTC to do something indistinguishable from that classic DtS darkroom set, if they need to fit in for an unscheduled interview with the drivers, Zak or Andreas. 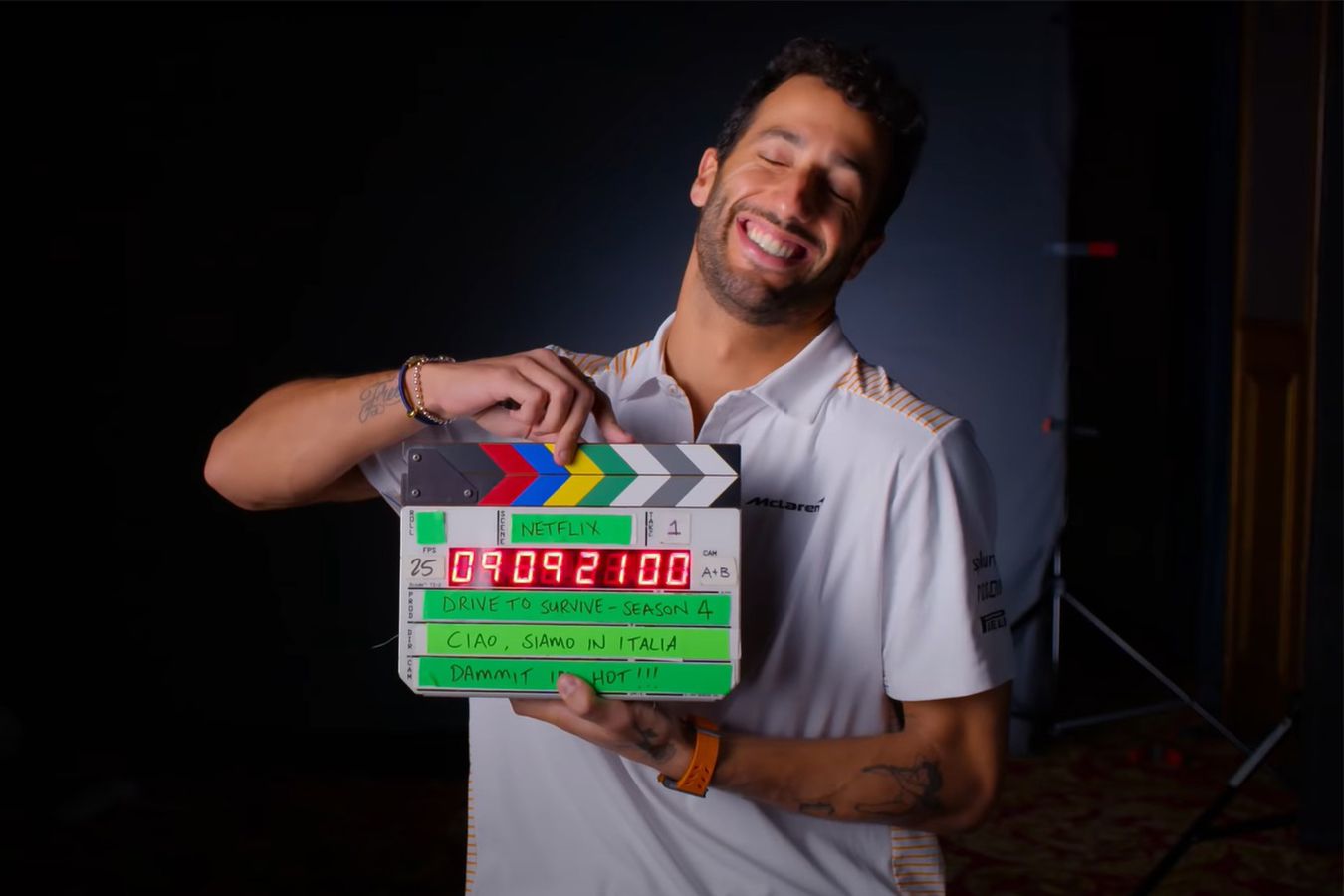 Q: Is McLaren Racing CEO Zak Brown a big fan of the series?

It is – and has been from the start. He sees it as another way to bring fans closer to the team, closer to the sport and a way to attract new fans who had never been touched by Formula 1 before. He was regularly interviewed by the mainstream media, on how the series created a new momentum for F1. It’s called the DtS effect and has certainly played a major role in reaching new audiences. Even, I think for inactive fans, we’ve seen the evidence of people who left F1 and came back watching it. Zak doesn’t have a deep desire to participate, but he loves doing what he does, and I think he loves sharing his passion for the sport with the fans. It is an important thing for him.

Q: What will be the big draw of Season 4 for McLaren fans in particular?

They will enjoy episode five – the Monza episode. We were lucky to have the team integrated in Monza, right in the middle, so fans can expect to see a lot of what happened this weekend. There’s also the heartbreak of Lando’s near-victory at Sochi and plenty of enjoyable McLaren moments throughout the series, both on and off the track, some of which will surprise and delight. I think people will really enjoy it. There’s also a good look at Daniel and how he coped last year. It peels away another layer of Daniel’s character and shows him in ways people may have never seen him before: the resilience he has going through a tough year and what kind of guy he is. 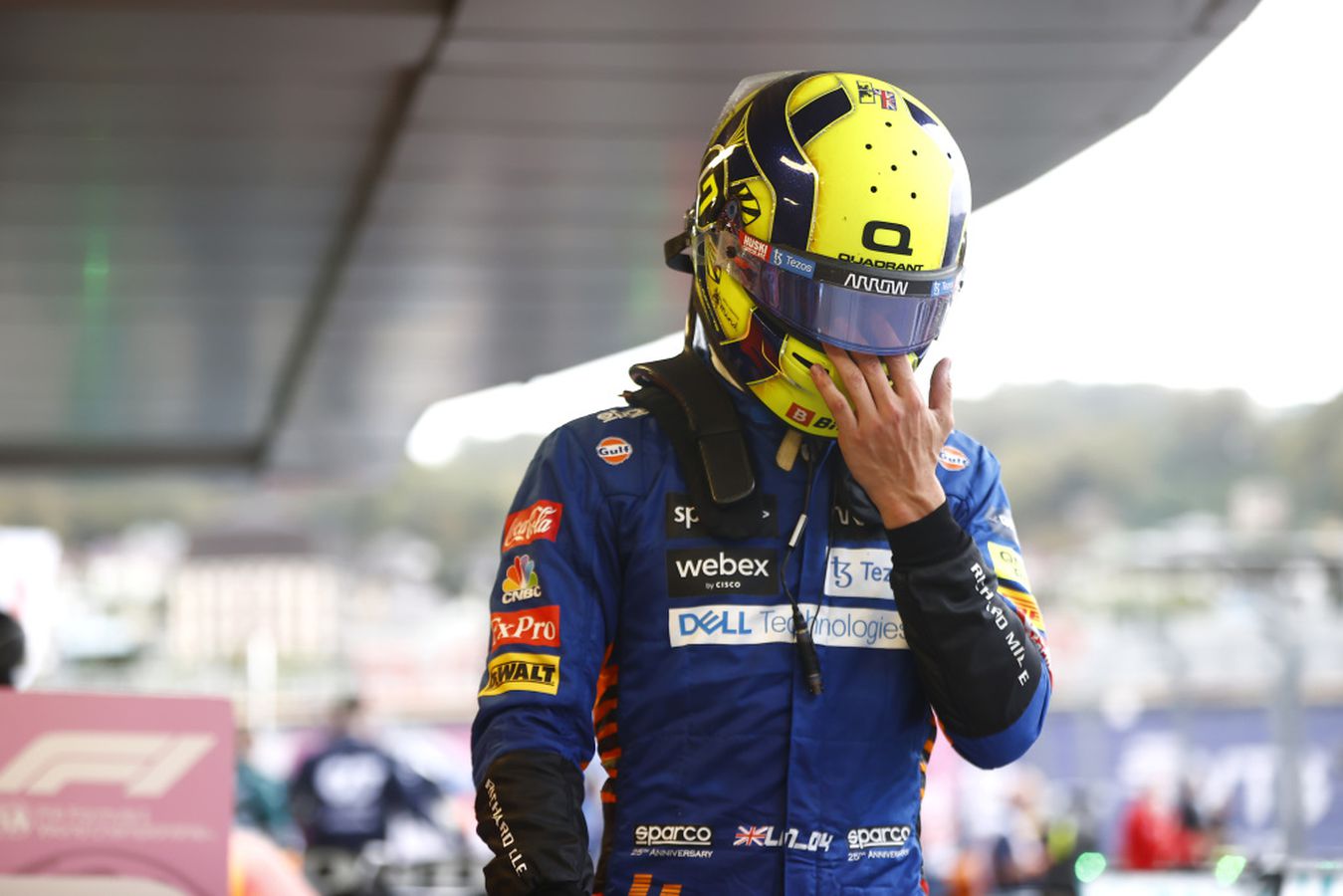 Q: Daniel has been a highlight of past seasons – does he have the same speaking power he wants now that he drives for McLaren?

There was absolutely no compulsion on our side – don’t worry! Both drivers are genuine and authentic in that regard. They will be well prepared but, like everything we do, they are free to be themselves. We strongly believe in it at McLaren. These are the stars; people who get in cars and drive them, and with programs like Drive to Survive, ultimately people want to know more about people.

Watch Formula 1: Drive to Survive (S4) on Netflix from March 11.

We’re back in action at Barcelona’s pre-season testing

“A difficult but fruitful day overall”

McLaren Plus is our free fan loyalty programme, bringing McLaren fans closer to the team with the most inclusive, rewarding and open fan programs in motorsport.

Join now, or current members can change their details in the form below if needed.