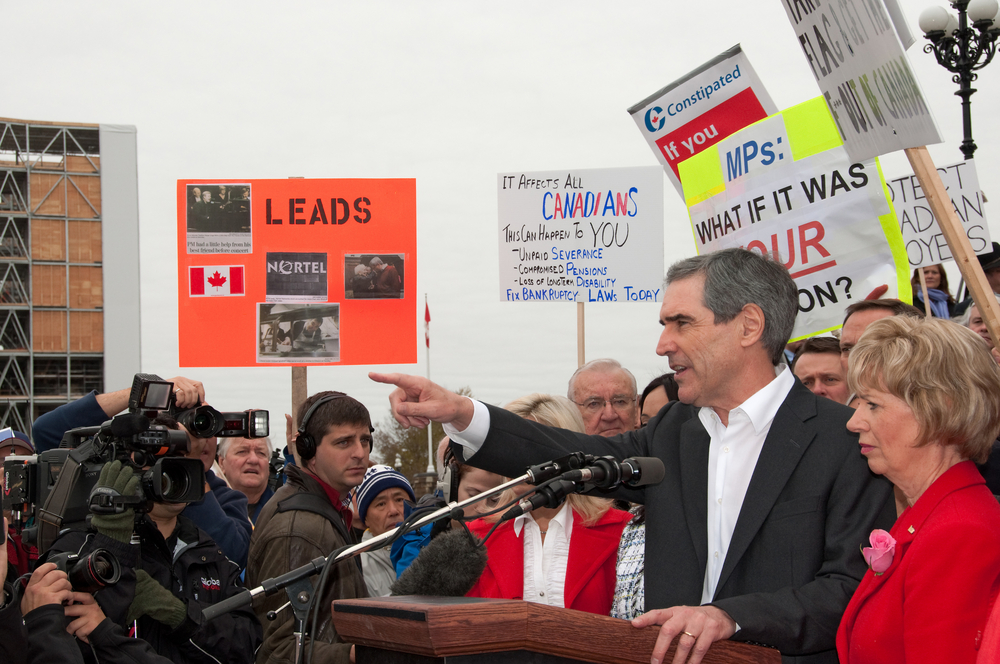 Michel Ignatieff at 75 | The article

When Michael Ignatieff left Great Britain in 2000 for a new career across the Atlantic, he sent a farewell poem to his friends. The poem was written by one of its heroes, the poet Czeslaw Milosz. It ended: “It’s time for me to play hooky. Good mark. Ciao. Farewell.” Of course, Ignatieff hadn’t left to skip school. He was about to embark on a new phase of his career: a top-flight scholar at Harvard and then a leading Canadian politician. And he wasn’t just saying farewell to his friends, he was saying goodbye to his old self.

Ignatieff has been on the move for most of his adult life, crossing and re-crossing the Atlantic. But, more than that, it constantly reinvented itself. Since he and I first worked together in the mid-1980s, he’s had four very distinguished but very different careers in five different countries.

Michael was a well-known broadcaster, writer, journalist and public intellectual in Britain for over twenty years. He has written three novels, including one shortlisted for the Booker Prize, and three screenplays, including Dialogue in the darka dramatization of the last conversation between James Boswell and the philosopher David Hume, and 1919about a meeting between two former patients of Freud.

He was a columnist for The Observer and writes for the best literary magazines on both sides of the Atlantic. He has presented award-winning documentaries for the BBC and serious discussion programs for BBC 2 and Channel 4. He has written six books, on subjects of new nationalism and modern warfare, at Isaiah Berlin. Arriving as an unknown young Canadian historian, he left as one of Britain’s best-known cultural figures.

Michael’s second career was in America, as a leading academic. He was director of the Carr Center for Human Rights Policy at Harvard. Here he played a leading role in debates on contemporary warfare, terrorism and human rights.

Then in 2005, he left for Canada, and his third career, as a politician, first as a Liberal MP, then as leader of the Liberal opposition party.

Fourth, he returned to Europe as rector and president of the Central European University, first in Budapest and then in Vienna, from 2016 to July 2021. He is now happily living in Vienna, teaching history at the CEU. The only thing that remains the same is the range of interests. Over the past decade he has written books on success and failure in politics, “moral order in a divided world” and, earlier this year, On Consolation: Finding Comfort in Dark Times.

In over forty years, Ignatieff has written and edited nearly twenty books. The last, On solaceis a series of meditations on the loss and consolation of Job and the Book of Psalms to Camus, Akhmatova and Primo Levi.

Through all the changes there are a number of consistent threads. First, history, the history of ideas and the Great History of the 20th century. His first book was A fair measure of pain: penitentiaries in the industrial revolution, 1780-1850 (1978), on “a new philosophy of punishment”, followed by a book of essays which he co-edited on The formation of political economy in the Scottish Enlightenment. His thoughts on these 18th century ideas inspired much of his later work, from his BBC drama, Dialogue in the dark, to his recent reflections on how writers and thinkers have dealt with death. Much of his work has focused on the 18th century Enlightenment and its enemies: localism, “blood and belonging”, tradition, nationalism, religion. This may have been what drew him to a hugely influential figure in his life, Isaiah Berlin.

Second, Russia. One of his best books was The Russian Album (1987), a beautifully written memoir of his family’s experience in 19th century Russia and their subsequent exile to Europe and eventually Canada. Again, it’s no coincidence that some of his best TV work has been a series of interviews with Isaiah Berlin, Czeslaw Milosz and EJ Hobsbawm about their responses to what Hobsbawm called “the age of extremes”. .

Ignatieff always moved back and forth between universities, trying to reach wider audiences through television, radio, and higher journalism. “I’ve had a love-hate relationship with college life all my life,” he told an interviewer. “I’m a real academic; I have a huge respect for scholarship, and I always get a little pissed off when people say, “He’s not really a scholar. Because I did real boot camp work as a scholar. So I sincerely respect scholarship and sincerely believe that the academy is the source of new ideas. But you can be smothered.

Both in his academic work and in his media work, he tackled major subjects: liberalism and its enemies, communism and psychoanalysis, war, “moral order” and humanitarianism, from Kosovo to Iraq. . He always had a visceral hatred for Soviet communism and his great heroes were the voices of conscience who stood for decency and tolerance against the totalitarian monsters of the 20th century. Hence the importance to him, once again, of Milosz and Berlin and his ill-disguised contempt for Hobsbawm. When Hobsbawm died, The New York Times quoted an exchange between Ignatieff and the communist historian on the front page:

Ignatieff: In 1934, millions of people died in the Soviet experiment. If you had known, would it have made a difference to you at the time? To your commitment? To be a communist?
Hobsbawm: … Probably not.
Ignatieff: Why?
Hobsbawm: Because in a time when, as you can imagine, mass murder and mass suffering are absolutely universal, the chance of a new world being born in great suffering would still have been worth sustained… The sacrifices were enormous; they were excessive by almost any standard and excessively large. But I think back now and I say this because it turns out that the Soviet Union was not the start of the world revolution. If that had been the case, I’m not sure.
Ignatieff: What does it mean that if the bright tomorrow had really been created, the loss of fifteen, twenty million people could have been justified?
Hobsbaum: Yes.

When we first met, in the 1980s, he had just written an essay on “The Jewish Freud”. He now lives in Freud’s Vienna, or rather post-Jewish Vienna. He is back in the Ivory Tower, teaching the history of ideas. After that ? I wouldn’t bet against a book about Putin, another of the enemies of liberalism, bringing together the new nationalism, the new war and Russian orthodoxy.


A message from the article

We’re the only publication committed to covering all angles. We have an important contribution to make, needed more than ever, and we need your help to continue publishing throughout the pandemic. So please donate.