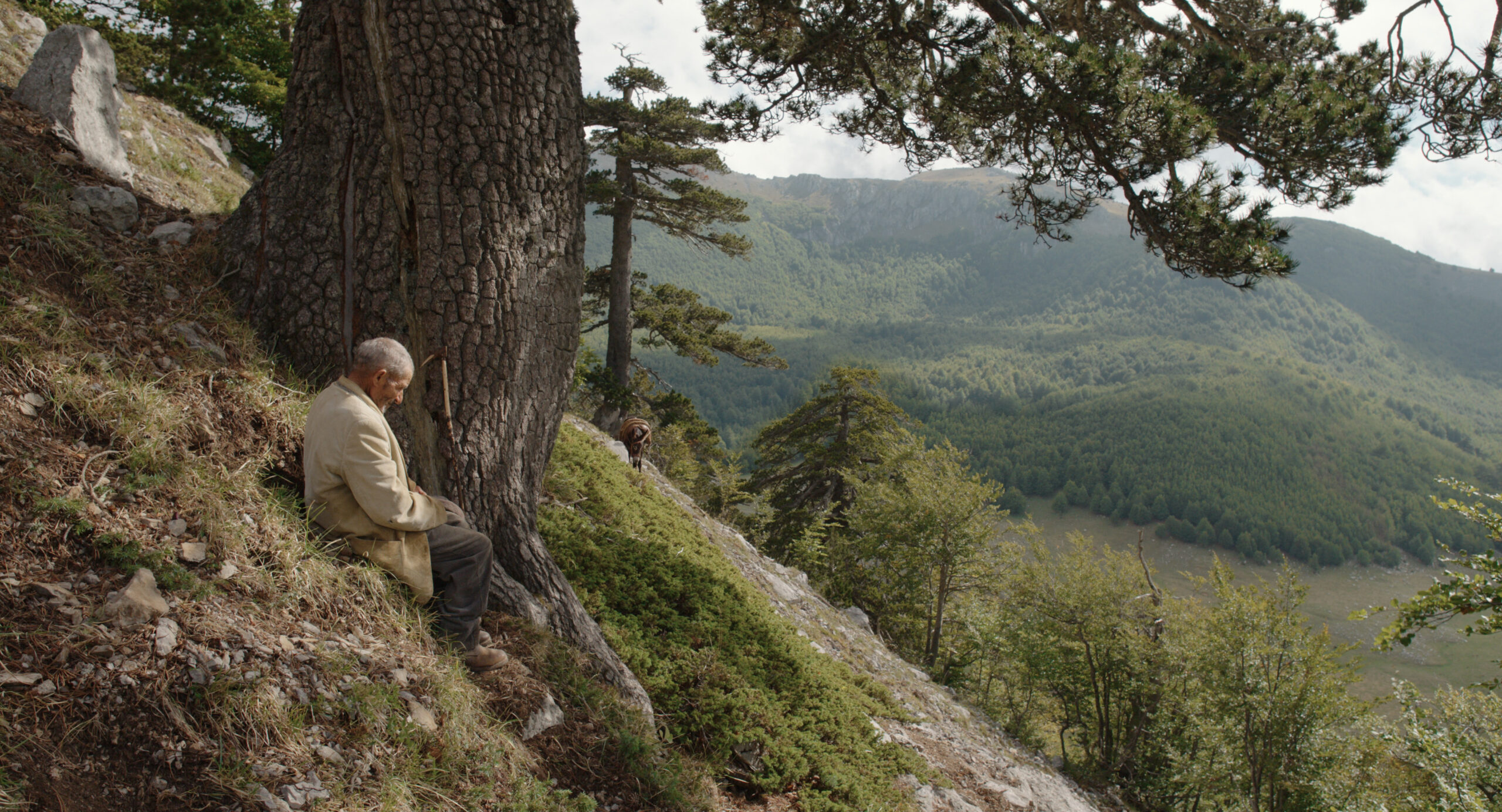 Slyly and majestically bringing a sense of documentary-worthy authenticity to his humble and witty portraits of the ways in which humanity and nature intersect, Italian filmmaker Michelangelo Frammartino has crafted a compact and stunning body of work. More than a decade later The Quattro Voltahe comes back with Il Bucoa 1960s exploration of Europe’s deepest cave in the untouched Calabrian hinterland that also gives plenty of time to the surrounding community and burgeoning technology both near and far.

As the film arrives in theaters courtesy of Grasshopper Film, I spoke with Frammartino about the structure of his work, the attention to landscape, the humbling feeling of seeing cave exploration and his inspirations in Italian cinema and beyond.

The Movie Scene: The structure of this movie is quite unique in the way you establish the town first, with the lifestyles and influence of television at the time. You get to know the place before you really dive deeper, so to speak. Can you discuss your approach to structure and patience of immersion?

Michelangelo Frammartino: First of all, thank you for starting with this question and thus asking the question of structure, which for me is so deeply linked to the landscape and the type of landscape that we encounter. I must say that, essentially, for me, he is the true protagonist of the work. In my work, the landscape is not just a background for the story, but little by little you come to realize that it really is the main character. He’s the protagonist. So just like you would with a character where at the beginning, so to speak, you see the way they look outward and you see the surface, in the movie we start from the coast and the sea and it’s This is where the landscape has its skin, its surface line. And then there’s a lighthouse scene and then gradually you start a new journey to know him deeper and deeper to explore this landscape, which I insist is a character. And then gradually you start going inside, and that’s what matters most. And finally, you visit inside and you end up filming in its heart, if I may say so in a way that may sound like rhetoric, but it’s not supposed to be like that. The course of the film gradually allows us to get to know this great character that is the landscape.

The only figure that belongs to the landscape but does not superimpose itself on the landscape is the shepherd because his face resembles a land that we are crossing. It can be stone or bark and everything goes through his voice. Everything we perceive of him is based on his verses, which become the voice of the landscape and give it depth. So, in a way, he is the other character, who is a separate character, but he is one with the landscape.

In movies, it seems like a lot of filmmakers are so interested in the solar system and the stars and looking up to the sky, but it’s fascinating to delve into our own earth. This idea is linked to the spiritual feeling and humility conveyed by your films; the journey reflects the feelings of burying deep in your soul while watching it. How important is this idea to you?

It is very beautiful, the way you express this thought, and I am very happy to hear it. I must say that my cave exploration experience lasted a few years, about three years, and it taught me a lot about humility. And I must say that cavers do not have the experience of triumph as mountaineers. I say this with all due respect to climbers, but climbers, when they get to the top of the mountain, it’s a triumph. In Italy there was the K2 mission, which was conquered by a group of Italians and it was a government sponsored mission. And they had the politician [Prime Minister Alcide] de Gasperi who supported him. They had Sherpas, thousands of them. The idea was that we needed to win.

In contrast, in cave exploration, you always lose. It really is the art of defeat, because when you go down you don’t know where you’re going, and you don’t really know where the exploration is going to take you. A cave is a mystery. A cave can end 10 or 20 meters deep or over a thousand, and you don’t know when it’s going to end – and when it does, it’s always a sudden discovery. And there is always a kind of sadness or melancholy. Speleologists are melancholy and this feeling and this perception is something that guided me in the construction of this film.

Also, it is the only frontier experience on our planet. With my son Lorenzo, who is ten years old, we go to Google Earth. He loves to explore the world and we are going to visit Mount Everest. We are going to the Pacific. We go everywhere, except underground. It is still a border. There is a relationship with the unknown. And so it’s extremely fascinating. It’s not epic because cavers don’t have that taste for epic missions. They move like carpenters do. Everything is very ordinary. And I like that because I don’t believe in cinema as a performing art. I believe in an experience, which is the experience of the frontier. And we know very well what that means. We know for example in the cinema the importance of the border in Hollywood western cinema.

Related to that, I was going to ask you about your inspirations. Your hybrid approach to cinema is quite fascinating; unsuspecting viewers might believe they are watching a documentary. Can you talk about this filmmaking process and what inspires you in cinema?

I make feature films and I don’t care too much about defining what they are. It is clear that there is a component of ungovernability within my cinema, which is generally a characteristic that one attaches to documentary cinema. Generally, the popular opinion is that in fiction you have control over the actors, whereas in documentary cinema you don’t have control because you are making a film where life happens and you film just as it happens. So we can say that these two components coexist in most cinemas and there is a great love for what cannot be governed. For me, it’s the only way to allow life to enter the frame and my work with animals and with weather conditions that can be trying. And cavers’ headlamps are the only source of illumination, so all of a sudden the lighting will change with the slightest movement. So the perception of what we see changes – that’s very, very important to me. And in this sense, I owe a debt to documentary cinema.

In particular, to talk about documentaries, there is a big, awesome maestro of Italian documentary cinema, who is Vittorio De Seta, who also filmed on the Pollino mountain and, for example, towards the end of the 1950s and the beginning of the 1960s, he was on this same mountain and he made a wonderful film of which the title was I dimenticatiwhich literally translates to the forgotten. We can therefore imagine Vittorio, who turned in the very places where our speleologists are during their mission. And then there’s an interesting detail in the very last film that Vittoria made, In Calabriawhich was filmed in the early 90s, our shepherd – and I didn’t know it when I cast him – is the very first character that appears on screen in the documentary.

And since you also asked me to talk about my cinematographic inspirations, there are several filmmakers who are very important to me, too, in terms of their relationship to landscape and nature. There has to be an element of love for cinematic language and for cinematic exploration and it has to be a big part of a filmmaker’s work for me to find it interesting. In my education, Roberto Rossellini was extremely important, to focus on Italian filmmakers. And I must admit that I rediscovered the work of Pasolini that, as a young man, when I was a film student, I had trouble understanding, and I come back to it now. And then there are great contemporary filmmakers who do a good job, like Ulrich Seidl, the Austrian filmmaker. The two most important filmmakers of my training as a young film student in the early 90s were Tsai Ming-liang and Abbas Kiarostami.

Il Buco opens Friday, May 13 at the Film Forum.

Michel Ignatieff at 75 | The article