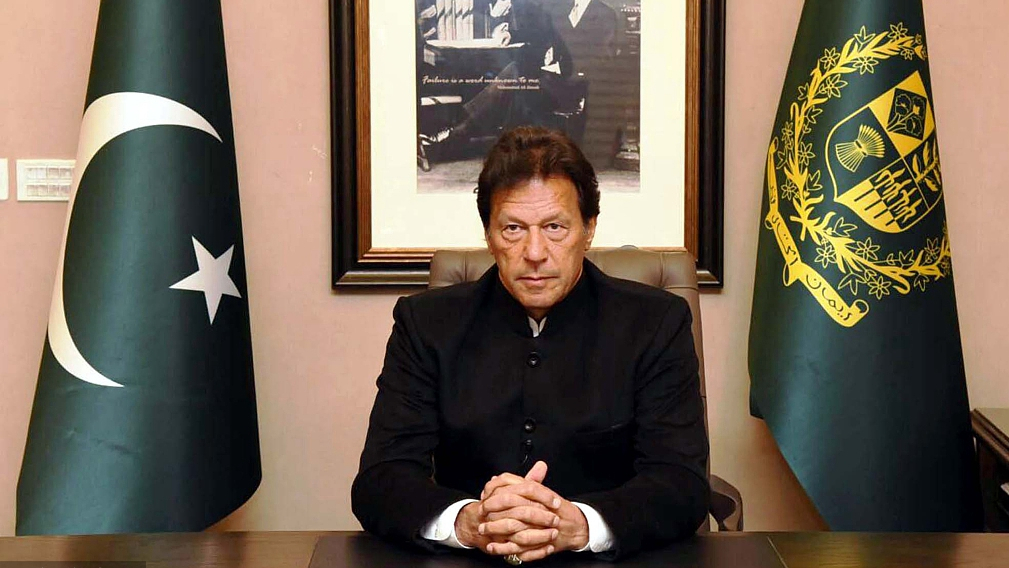 ISLAMABAD: Prime Minister Imran Khan said on Friday the nation should safeguard its sovereignty at a time when the country was facing a regime change plot.

“As the conspiracy for regime change is hatching, the nation will have to protect its sovereignty. Who else will,” the prime minister said in an exclusive interview with PTV’s Ramzan transmission program Bunyad Ramzan, hosted by Najam Sheraz.

The Prime Minister said that with immense potential, Pakistan is on its way to becoming a nation. He said Pakistan, a nation of 220 million, was unhappy to have leaders with a ‘beggars can’t choose’ mindset – a reference to the opposition leader’s statement Shehbaz Sharif that he made in favor of the United States after the government revealed its plot of the regime against Pakistan.

He said such leaders always usurp the potential of the people. The Prime Minister said that in our society, the corrupt leaders, in collusion with the organization and the corrupt media, have ended the discrimination between good and evil.

“Nations always emerge through self-esteem… Pakistan has great potential. This nation will rise any moment… We are still on the way to becoming a nation,” he remarked.

On a question, the Prime Minister said that Madina state cannot be replicated in Pakistan all of a sudden because the whole nation should play its part, although initially very few people led all struggles. He said that Pakistan could not become a great nation unless people return to the fundamental goal of establishing Pakistan as an Islamic welfare state, replicating the state of Medina.

“Unfortunately, we deviated from these goals and never tried to follow these principles which consequently led to ethnic and provincial biases. In East Pakistan, 99% of the people had voted for Pakistan. ideology and have failed to ensure justice between the provinces,” he recalled.

Explaining his view of the Medina state model, the Prime Minister said that each welfare state bears full responsibility for its citizens. He said that unfortunately, the country’s education system never taught Seerat-un-Nabi (PBUH) youth, which needed to be rectified.

As the interviewer recalled his decades-long struggle with Islamophobia after 9/11, the prime minister said he saw Islamophobia growing, which sparked backlash from Muslims.

“No Muslim scholar has ever spoken to explain the West as how Muslims revere their Holy Prophet (PBUH). After becoming Prime Minister, I spoke to the leaders of the Muslim world against the injustice inflicted on Muslims “, he added.

“Thanks to Almighty Allah, this is Pakistan’s distinction. We are a country that spearheaded a resolution that led to the designation of March 15 as the International Day Against Islamophobia by the United Nations,” he remarked. He said that all modern states like Switzerland and China followed the principles of the state of Medina, but the Muslim world did not.

He said the Rahmatullil Alamin Authority would help familiarize young people with Seerat un Nabi (PBUH) as well as Islamic culture through lectures, documentaries as well as programs for children. It will also provide scholarly answers to contemporary issues and suggest ways to protect children from the negative impacts of modern technology and the onslaught of Western content through cell phones and movies.