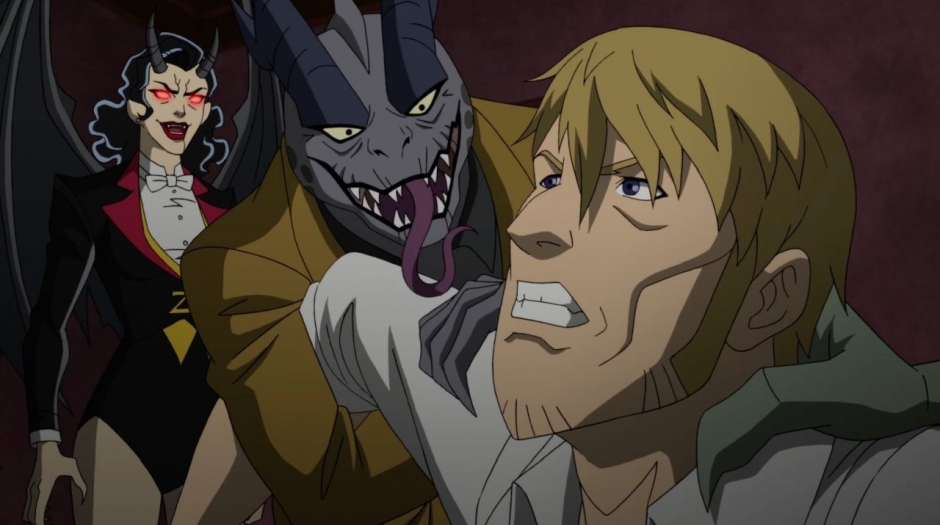 Shorts featured include blue beetle, Losers and Kamandi: The Last Boy on Earth! all of which have appeared as enhanced content on previous DC Universe movies. Debuting and serving as the anchor for the compilation of this short is the long run Constantine – The House of Mystery. The quartet of shorts is produced by Rick Morales (Legends of Mortal Kombat franchise, Injustice). Jim Krieg is producer and Sam Register is executive producer.

Constantine – The House of Mystery:

John Constantine wakes up in the strange House of Mystery with no memory of how he got there, but Zatanna and her friends are all there. Unfortunately, they have a bad habit of turning into demons and tearing him to shreds over and over again! 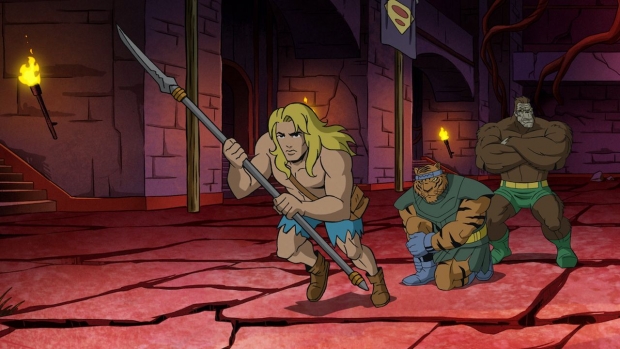 Kamandi: The Last Boy on Earth!

Originally released as a bonus feature on Justice Society: WWII in the spring of 2021, Jack Kirby’s DC comic book creation features the last civilized teenager on a post-apocalyptic Earth ruled by talking animals. In this short, Kamandi and his friends Prince Tuftan of the Tiger Kingdom and humanoid mutant Ben Boxer are kidnapped by a cult of gorillas dedicated to finding the reincarnation of their god, The Mighty One. Cult leader Golgan puts Kamandi’s team through a series of deadly tests to find out if any of them know the secret of The Mighty One. 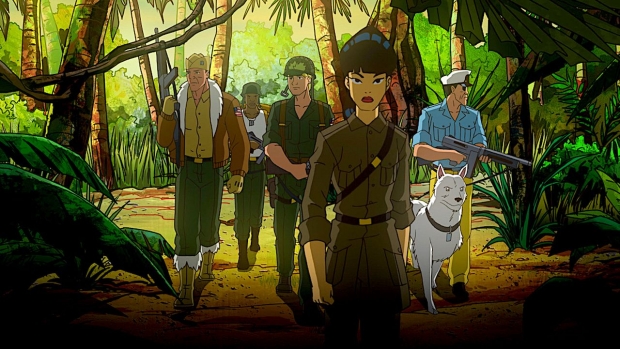 The legendary ragtag team of WWII outcasts – Captain Storm, Johnny Cloud, “Mile-a-Minute” Jones, rookie Gunner and Sarge – find themselves marooned on an uncharted South Pacific island that’s completely overrun by dinosaurs ! Their potential ally in this deadly mission, the mysterious and handsome Fan Long of the Chinese Security Agency, tells them that their job is to rescue the scientists who have been sent to study a spatiotemporal anomaly. Maybe… but what is its mission? 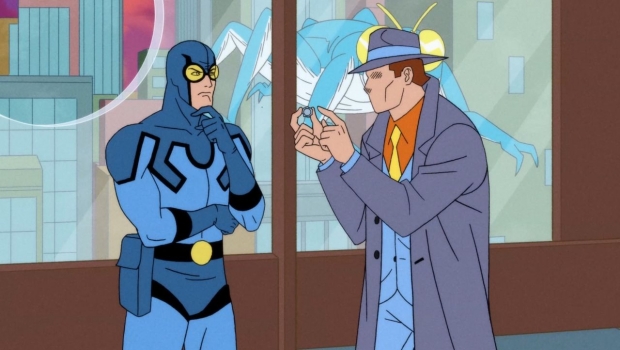 Silver Age Blue Beetle is back! Welcome to the adventures of Ted Kord, aka the Blue Beetle, as he teams up with fellow superheroes Captain Atom, The Question and Nightshade to battle that infamous finagler of feelings, Doctor Spectro.

Originally attached to Batman: The Long Halloween, Part 2, blue beetle is made by Neuman (Freedom Fighters: Ray) from a screenplay by Jennifer Keene (Phineas and Ferb) from a story by Jeremy Adams (Legends of Mortal Kombat franchise).