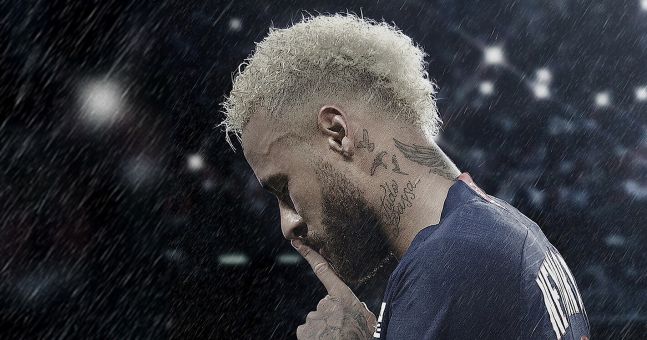 Neymar: The Perfect Chaos doesn’t tell you anything you didn’t already know

Fame ain’t healthy, but we already knew that

There are only two reasons why you should watch a Neymar documentary. Either you want to reaffirm your belief that he is a prima donna who values ​​the brand over the footballer, or you want to dispel that myth and contextualize his undeniable flaws in an environment of fame that would be unhealthy for anyone. And whichever side of the fence you sit on, Neymar: The perfect chaos serves its purpose.

How would you start a documentary on Neymar? Perhaps with a compilation of his most impressive exploits on the pitch, highlighting his spectacular natural talent. Perhaps with a series of photographs and videos of him partying in Rio De Janeiro during the season, to demonstrate the lack of professionalism that undoubtedly prevents him from reaching his full potential?

Neymar’s preference, as he explains in the opening scene, would be to start with: “All the quotes…from press articles, quotes about my behavior, judging me. People call me a monster , this and that. Have pop quotes come up, go through them, people shaming me, and then… they’d meet me.”

Credit where it’s due, the creators of this documentary don’t go out of their way to hide their intentions. It’s clear from the opening that this three-part series was put together for the sole purpose of washing its image; presenting the opposite side of the argument, explaining the many things that make Neymar what he is and has become.

And there are many acknowledgments of the human flaws in his character; video footage of René Simões, a rival coach in 2010, criticizing his conduct. “Rarely have I seen such a rude athlete,” he said.

“Teach him some manners or we create a monster.”

His dad admits he’s hard to deal with.

But for all the soul-searching, it is more than made up for by carefully curated images of Neymar the family man, Neymar the local hero, Neymar apologizing for castigating his opponents, Neymar helping carry a heavy box in the stairs before pranking her son with a disappointing birthday present.

This is not surprising. Modern sports documentaries have increasingly become sanitized pieces, blurring the lines of PR and journalism, resulting in a predictable product.

And yet, there is still an element of his story, albeit told from the perspective of his family, that engenders sympathy for the multi-millionaire with a team of 215 working to protect his image.

Expecting to lead the craziest footballing country in the world to World Cup glory on your own is not healthy. Nor is he compared to Pelé – previously the greatest Brazilian to ever kick a soccer ball – as a teenager. No more than being harassed by herds of screaming people every time you get out of a car. To drive the point home, we show you a clip of a superfan who got Neymar’s name tattooed inside his lip. Neymar-mania is real whether you think it’s justified or not.

But we already knew that, and we’re all aware of the problems that a stratospheric level of notoriety can create for anyone, young or old. So while this might be a nice watch for those of us who like to have a window into what’s going on beyond closed doors in the lives of elite athletes, it doesn’t tell you anything you don’t know. already.

When Neymar arrived at the Parc des Princes in August 2017, few would have imagined that after just two years he would find himself, in search of a move, trapped by his own world-record transfer fee. | @ReubenPinderhttps://t.co/V1sARUgeEX

There is illuminating footage showing protests in Brazil during the World Cup staged there in 2014, which only increased the pressure on Neymar to deliver. A heartfelt memory of his spinal injury against Colombia might elicit an emotional reaction from some. Reliving the comeback he inspired against PSG, and then hearing the various takes of his subsequent world record in Paris, is somewhat interesting. Arguments with Neymar Sr over his influence on his son’s life give him a sense of honesty.

But if you’re a seasoned football fan, you don’t leave the viewing experience feeling like you’ve truly learned something new. Maybe it’s not for me, maybe its target audience are fair weather fans who know of him, but nothing else. They could have a rich experience, despite its distorted objectivity, as many of us did while watching the last dance.

But for those of us who have followed Neymar’s career from the start and been exposed to the ubiquitous coverage of his career and personal life, there’s not much to learn.

Whoever you thought Neymar was before, that’s exactly what you’ll think he is after.

The country vaccinating against misinformation