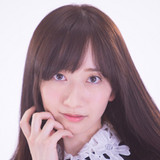 Voice actor Miho Arakawa, who is best known for voicing Himari Takakura in Penguindrum and Meiko Mochizuki in Digimon adventure tri, revealed on her Twitter account that she had recently gotten married and is currently pregnant with their first child together. Arakawa said in the post that it was thanks to those around her that she was able to “enter into a safe and healthy phase of life.”

Arakawa confirms in the Tweet above that despite being pregnant, she will continue to work until the baby is born while paying close attention to her health and well-being.

Daryl Harding is Senior Japan Correspondent for Crunchyroll News. He also runs a YouTube channel about Japan called TheDoctorDazzatweet at @DoctorDazzaand publishes photos of his travels on instagram.