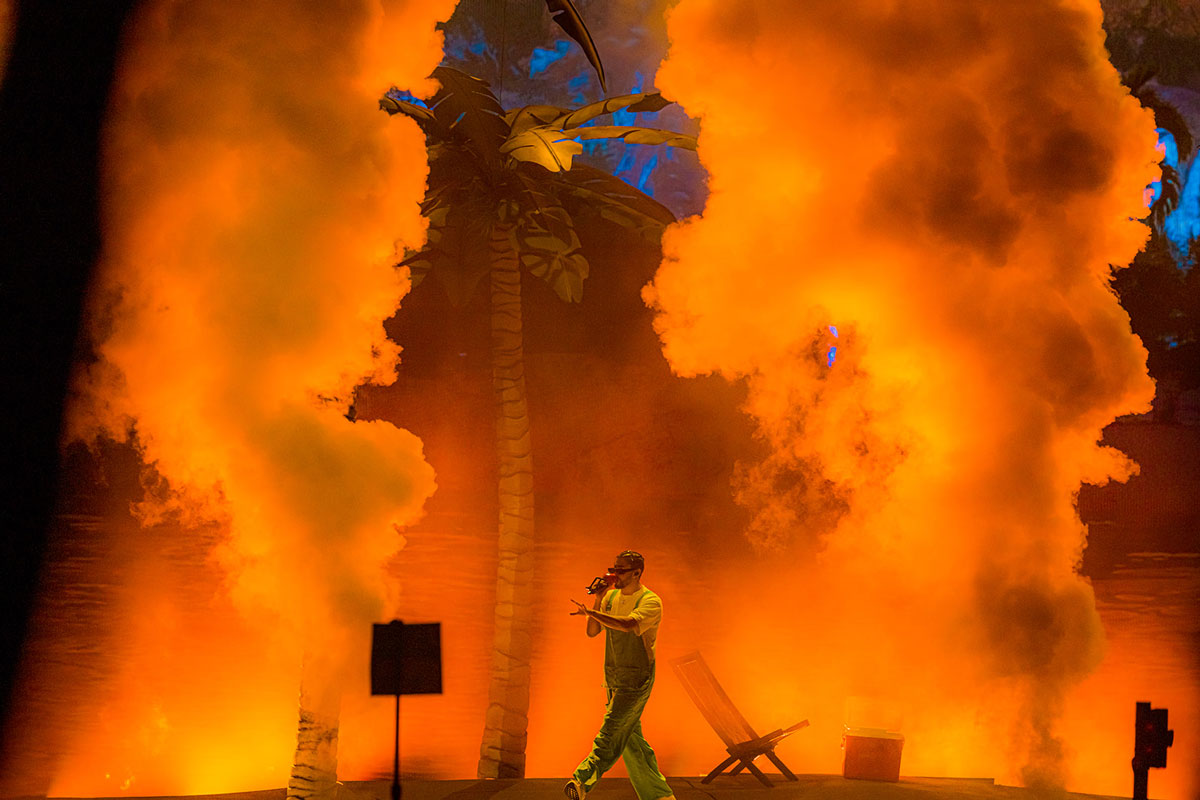 On September 14, 2022, Bad Bunny cruised through the Bay Area and turned a 60-degree Oakland night at the Coliseum into a Puerto Rican beach party like only Santo Benito can.

In the music world, Bad Bunny’s videos are an event, and he released “El Apagón” two days after rocking the mic with his global brand of reggaeton in The Town. Beyond the music, “El Apagón” turns into a documentary about the neocolonial issues devastating Puerto Rico, from the climate crisis and power outages to displacement exploiting the island through gentrification. It’s no coincidence that Bad Bunny abandoned the musical video-documentary hybrid five years after Hurricane Maria first swept through Puerto Rico and overlapped with the issues raised by “El Apagòn.”

And then came Hurricane Fiona, the last major storm to renew destruction in Puerto Rico. As of this writing, it is a category four storm, but the island is already experiencing no power, extreme heat and no water due to the impact of the storm. Fiona.

The human suffering is incalculable.

Justice for Puerto Rico must once again weather this literal storm amid continued American indifference to its territory, as mainstream US and UK media prioritize coverage of Queen Elizabeth II’s death. This stark contrast expresses a devotion to power contrasted with a moral obligation to witness and help, not to neglect Puerto Ricans or Pakistanis, who are experiencing historic flooding at this time, also ignored in Elizabeth’s shadow.

See photos of El Tecolote from “The World’s Hottest Tour” stop in Oakland, watch “El Apagón” music video documentary, find donation links to help Puerto Rico below, and see what social media has to say. to say about it.

Do NOT donate to the Red Cross. Here are direct funds that benefit people on the ground.

The entire island of Puerto Rico is without electricity or drinking water. More than 3 million American citizens are facing a massive humanitarian disaster and the entire American media is obsessed with the Queen’s funeral. It’s absolutely disgusting.

Imagine a 100% blackout in your country in 2022. Now imagine that you are controlled by the richest country in the history of the world.

#Porto Rico has no power, but US media has told us that a monarch’s funeral is 1,000 times larger.

Puerto Rico: **has no electricity or drinking water**

All Cable News: ‘That was?…yes, I believe a spider just crawled on the Queen’s coffin’

US media should cover Puerto Rico more than the Queen’s funeral. The diaspora here deserve to know what is happening on the island.